Who will finance $23 billion for this project and in these circumstances when Pakistan is experiencing a political and economic crisis? – questions a water expert

Pakistan will have to spend at least $23 billion on the construction of Diamir Bhasha Dam, a mega water and hydel power project. Total initial cost of Dam’s construction, including power plants, was around $14 billion.

However, it does not include the anticipated cost of $3 billion to develop transmission lines for the transmission of electricity to be generated from the hydel power plants and another $6 billion for the construction of roads to access Bhasha Dam from all sides.

Engr. Suleman Khan, chairman of Sindh Tas Water Council-based in Lahore, disclosed this in an exclusive chat from Lahore. Suleman Khan is known as an expert of water issues, including dams in Pakistan.

He said that $9 billion cost of construction of transmission lines and roads had not been mentioned in the initial cost of $14 billion of the Bhasha Dam. He pointed out that $14 billion will be required to develop dam and hydel power plants and another $9 billion will be needed for the transmission lines of power plants and roads to access the mega water and power project.

Engr. Suleman, nonetheless, candidly said that Pakistan is not in a position to finance this mega water and hydel power project. And this is one of the key reasons which delayed the construction of Diamir Bhasha Dam for two decades.

Who will finance $23 billion for this project and in these circumstances when Pakistan is experiencing a political and economic crisis? He raised this question during discussion about the project.

Suleman also stated that Prime Minister Shehbaz Sharif wants to build Bhasha Dam by 2026, against its original deadline of completion in 2028, but the real issue is that “the money will come from where”. 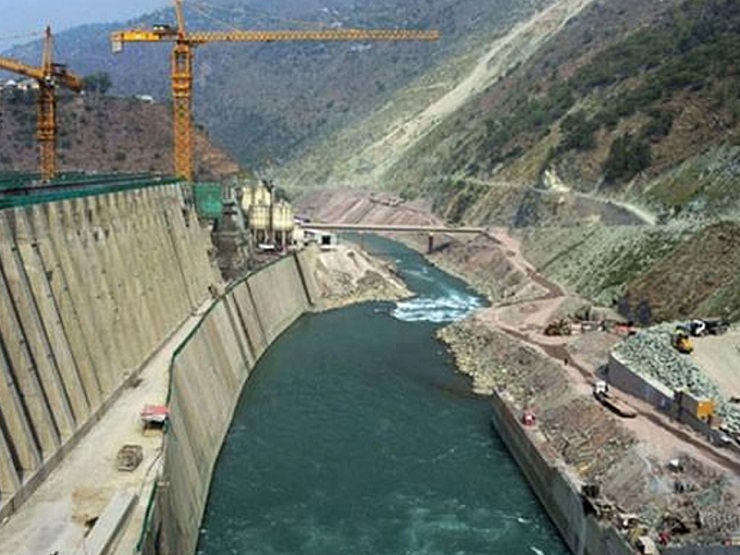 Many governments have changed since the conception of the project and Bhasha Dam is still at its initial stage.

Moreover, the previous PTI government signed an agreement with a joint venture of China Power and Frontier Works Organization (FWO) for the construction of the Diamer-Bhasha dam. This agreement involved an amount of 442 billion rupees. The agreement was signed on May 13, 2020.

The Wapda chairman hoped that the Diamer-Bhasha dam would be completed as per the timelines to cope with the increasing water and electricity requirements of the country. The dam project with a total financial outlay of about Rs1, 406.5bn would be completed in 2028, he said.

The eight million acre feet (MAF) reservoir with 272-metre height will be the tallest roller compact concrete (RCC) dam in the world. It will have a spillway, 14 gates and five outlets for flushing out silt. The diversion system involves two tunnels and a diversion canal — all three having one kilometer length each. The bridge — a box girder structure — under the contract will be constructed downstream of the dam structure while the 21MW power plant will be built to meet energy requirements of the project during construction.

Bhasha Dam is a gravity dam, in the preliminary stages of construction, on the River Indus in Gilgit-Baltistan, Pakistan. Its foundation stone was laid by Prime Minister Yusuf Raza Gilani of Pakistan on 18 October 2011. Upon completion, Diamer-Bhasha Dam would be the highest RCC dam in the world. The dam site is situated near a place called “Bhasha” in Gilgit-Baltistan’s Diamer District, hence the name.

Upon completion, Diamer-Bhasha Dam would (i) produce 4,500 megawatts of electricity through environmentally clean hydropower generation; (ii) store an extra 8,500,000 acre feet (6.4 MAF live storage) of water for Pakistan that would be used for irrigation and drinking; (iii) extend the life of Tarbela Dam located downstream by 35 years; and (iv) control flood damage by the River Indus downstream during high floods.

In January 2006, the Government of Pakistan announced the decision to construct 5 multi-purpose storage dams in the country during next 10–12 years.

According to the plan, Diamer-Bhasha Dam project was proposed in the first phase and in November 2008, the Executive Committee of National Economic Council formally approved the project. Council of Common Interests Pakistan, a constitutional body representing the provinces, also approved the construction of the dam. The Prime Minister of Pakistan laid the foundation stone of the project on 18 October 2011.

India’s NOC, construction & cost of Basha Dam: In November 2008, the cost of the Diamer-Bhasha dam was estimated at $12.6 billion, now delay in the construction of the dam had raised its cost to over $14 billion. The World Bank has linked funding for the construction of this dam with the issuance of a No-Objection Certificate (NOC) from India _ which, in other words, is nothing but a technical way to say ‘no’ to provide loans for this project’.

The initial feasibility study of Diamir Basha Dam was conducted in 1984 by Montreal Engineering Co of Canada. In the year 2000, the Musharraf government decided to build Bhasha Dam and appointed consultants for undertaking a detailed project study in 2002. NEAC Consultants, a consortium of Pakistani consultants with Binnie and Partners of the UK, completed their final report in August 2004, confirming techno-economic feasibility of the project. They also carried out engineering design and prepared project tender documents.

Consequently, Wapda invited expression of interest for carrying out detailed design and engineering and review of work done earlier. For reasons of maintaining project parameters of earlier investigations, and of short lead time, it is standard international practice to prefer for the job the consultants who originally carried out the feasibility study and basic designing. This was not done, though NEAC Consultants offer was considered technically and commercially responsive against tenders.

The contract was awarded in July 2005 to Lahmeyer International of Germany, under a joint venture known as Diamer-Bhasha Consultants. They completed project detailed engineering in March 2008 after review of previous data, studies and investigations done by NEAC Consultants. The Musharraf, Zardari and Nawaz Sharif governments ended without achieving much breakthrough in the construction of this mega project.

Courtesy: The Truth International (Published on October 4, 2022) Received by email.

The Sindhi and the Suitcase