Above all, a whole lot of children are rendered homeless with the rest of their family members; some of them have either been turned overnight orphans while some were being abducted and forcefully made to join the deadly terrorist organization.

My shoe had just gone bad and so I decided to stand by a colleague’s car waiting for one of these shoes menders popularly referred to as “Mai jaran takaramin”. Not long after, one was passing and I beckoned on him to come. Then I showed him what to do. He asked me to pay N300 for the mending of just one shoe.

When I made him to understand that giving him that much will means my not having enough to cook a good meal. He said I should thank God for even a cheap homemade meal and a warm shelter to return to at the end of the day, adding that he doesn’t know when last he ate a meal prepared by his wife or sleep in comfort.

I told him we are all feeling the impact of the hardship as.my two children, though graduates but they are jobless. He answered by saying, “is it not the one that had an education that should be hoping of getting a job one day?”

According to him, terrorists visited his village of Sabon Birnin, near Illela in Sokoto State and sacked the entire community, looting, killing and setting ablaze farms and property of residents. He has managed to escape alive. Unfortunately, some of his relatives including his children were killed during the hostility.

Left with nothing to fall back to for sustenance, he found himself in Abuja where he got a soft loan to get his tools and started the business of shoe mending.

With this kind of story, it will take a steel heart not to sympathize with such a man who has gone through a hellish incident as having lost all, even your own native land to a bunch of undesirable elements.

This is just out of a million stories of what hostility can cause a people who ordinary have been living peacefully in their homesteads from one generation to another without any major confrontation by foreign elements.

Terrorism has turned out to become a security scourge in Nigeria with communities in the north, especially those living in Nigeria’s Zamfara Kaduna, Niger, Sokoto, Kebbi and Katsina states in the northwest and north – central bearing most of the brunt of the monstrous groups that have murdered the sleep of Nigerians by making kidnapping, cattle rustling, sexual violence, kidnapping for ransom and killing their treat.

In the Southeast also, the trend is gathering momentum, with the rife cases of killings, kidnapping for ransom in States like Imo, Anambra, Abia.and Rivers. The incident where a pregnant woman and her four children were killed is still much fresh in our minds. Then there’s that of the Army couple who were gruesomely murdered on the journey to perform their traditional marriage in Imo State.

Over the years, many lives have been lost, many more displaced and properties worth billions of naira looted or destroyed. Above all, a whole lot of these children are rendered homeless with the rest of their family members, some of them have either been turned overnight to orphans while some were being abducted and forcefully made to join the deadly terrorist organization.

We are talking about the wanton destruction being carried out by terrorists that have infiltrated into our country from other countries. Wherever they attack, these agents from the pit of hell always leave behind a trail of woes, pains and loses.

These are the unwelcome development in Nigeria this recent time, as there’s no other news that has taken the center stage in our country than the everyday attacked on people, leading to killings, rape, kidnapping and destruction of property including government’s infrastructure and security formations across the country.

Communities have been completely sacked with many who are lucky to survive the onslaught being displaced. We see helpless individuals having their native soil ran over by terrorist elements who go about with their evil actions without any compassion for human life.

We all live in fear, and as one rightly said, “Everybody must now be sleeping with one eye open”. However, even while awake, do these undesirable elements not waylay people on the highway and unleash mayhem on the defenseless innocent travelers?

We are talking about a Nigeria once famous for being one of the country with the happiest people in the world. And apart from a couple of thieving folks, on doesn’t usually hear news of everyday mayhems as we are experiencing now.

Sad to say, since the Nigerian civil war, the country has not had it this bad. It is as if the devil and his agents have just been let loose to unfold his ministry which is to steal, kill and destroy.

Surprising enough, none is spared as these devil’s incarnate are not mindful of any ethnicity, religion background, gender or age. These hoodlums are just in a mission to make life unbearable for a once peaceful country like ours. From making the Kaduna-Abuja expressway and Kaduna-Birnin Gwari road dreaded zones, to laying siege along the Kaduna Airport road, it goes to say these dare devils are set for a mission to destroy.

There was much respite when the tail started working again as travelers could not find the roads safe to travel any more. So many resorted to be going by rail until these unnecessary evil stroked again by blowing off a train and abducting a whole lot of helpless passengers.

At various occasion, from Borno to Zamfara and then Kaduna State, schools have come under attacks and pupils and students been taken away. A price is always placed on these children’s head or the girls are being forced to become child-brides to these loathsome individuals.

More troubling is their new trend of attacking clergymen and Church congregations. For a country like Nigeria with her citizens’ love for religion, these terrorists are capitalizing on the gathering of multitudes in worship to attack. Like the recent case of Owo Church massacre where over 40 worshippers were gunned down.

Although, this may be one killing too many from a single attack, we get to hear news of incessant attacks on Churches and clergymen in Kaduna State.

Nigeria, as one of Africa’s largest economies, has become the lynchpin of security in western Africa. For over a decade, the situation remains worsening as the day goes by, although the government has struggled to address the devastating insurgencies and terrorism by Boko Haram and the Islamic State.in the Northeast and the IPOB and ESN in the Southeast.

So far, the government’s victory against these groups has yielded little success, if any while Nigeria has significantly deteriorated since 2017.

Even in the northwestern Nigeria, what started as farmers-herders’ conflict, which is compounded by the infiltration of the terrorist elements who are capitalizing on the hostility between the two groups to cause great damage.

Proliferating across the country, militia groups add another complex security challenge bordering on vandalization of oil pipelines and illegal bunkering. Most of these infrastructure being vandalized may take decades to fix, causing the country huge losses.

However, amidst these widespread challenges, there are still well-meaning Nigerians whose worry is how the damages could be remedied and human security restored not just for the moment but for the generation yet unborn. But how do we proffer solutions to these avalanches of security issues bedeviling our country, Nigeria so that the next generation would have a healthy legacy to be handed to them?

The poor shoe mender with his entire community been sacked has a bleak future ahead of him because he has no formal education that could fetch him a job. His children has no future because their father can hardly seek out a living for the family mending shoes. So chances of him paying for a decent accommodation and school fees for his children are quite narrow. And a child without an education is a dangerous threat to the society. Such children grow up with bottled up resentments for the society ready to explode like a boiling cauldron.

They have an unhealthy mindset those who have made it in life with the belief that the society owe them a lot. So it’s hatching a monster from the evil egg laid by today’s menace. And this will surely create a bigger problem on top of the already existing ones of trying to fix the wreckage the country has incurred.

Already, the increase in kidnapping has chased away many organizations and manufacturing companies, who are closing shops and find other safer grounds to operate their businesses.

If the situation is not giving a serious attention, chances of our country becoming a ghost town is not far from reality as these undesirable elements continue to swell in number, given the untold economic hardship that has driven many supposed decent citizens to put hands into evil, just to survive. 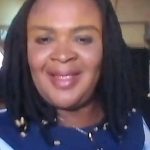 Lesley Muosowo Out is a senior journalist in Nigeria.

Russian translation of Egyptian Poetry book ‘A Street in Cairo’ being launched on Sep.17