The fight between Berti and Hausa tribes erupted following murder of a person after hot arguments among two groups in Blue Nile State bordering Ethiopia where a large dam produces electricity.

Violent clashes broke out in Sudan on July 15 & 16, 2022 between Berti and Hausa tribe and according to reports at least 31 people were killed and another 39 injured while many shops destroyed.

The regular forces intervened, controlled the situation and arrested some suspects and adopted necessary measures, during tribal clashes in the southeastern region of Sudan close to the border with Ethiopia, in which firearms and white weapons were used in Blue Nile State in Sudan.

The state has the Roseires Dam, which holds the largest electricity producing reservoir in Sudan on the Blue Nile River descending from the Ethiopian plateau.

The conflict resulted in wide-spread concerns that the already vulnerable power supplies would worsen in the African country.

During al-Bashir’s era, the Hausa served in the security services and fought against the SPLM-N rebels.

The ruling military government did not react to the events which add a new hotspot to the inter-communal clashes in eastern and western parts of the country.

Sudan has been suffering a political crisis since Abdel Fattah al-Burhan, the general commander of the Sudanese Armed Forces, declared a state of emergency on Oct. 25, 2021 and dissolved the Sovereign Council and the government. 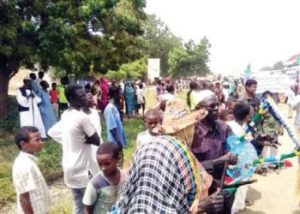 The clashes sparked in the three localities of Gaissan, Roseiris and Wad Al-Mahi, following the murder of one person during an argument between two people from the two tribal groups.

Also, the incident took place as tensions increased recently in the region following calls to recognize a chiefdom for the Hausa ethnic group who originate from Nigeria but settled in the region for a long time.

The Hausa have been heavily involved in long distance trading for many centuries. Traders once exchanged gold from the Middle East for leather, crafts, and food. In the process of traveling and trading, some Hausa people have migrated east to places like Sudan, which is over 2,000 miles from Hausaland. In Sudan, the Hausas mingle with the local population, which is an Arabic-centered culture. They are no longer in a Hausa and Fulani-dominated culture like those who live in West Africa.

In comparison to some other African tribes, the Hausa have reasonable standards of health care, diet, shelter, electricity, and education. However, life for the Hausa is still very difficult. For example, they suffer from a high unemployment rate, and only about half of the population can read and write. Within the Hausa’s social structure, individuals are classified as either being “commoners” or “chiefs,” depending on which profession they hold and the amount of wealth they possess.

In marriage relationships, close relatives, preferably cousins, are chosen as partners. Marriages are arranged, and ceremonies last for weeks. Everyone is to appear happy except the bride. In the village compounds, each wife has her own hut where she and her young children sleep. Often the husband has his own hut where the wives take turns spending the night. Due to the high divorce rate, there is a large population of single women, especially in the cities. The Hausa are ashamed of their firstborn, who are often given to relatives to raise. 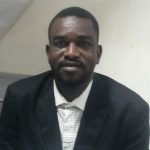