Free wheat seeds will be distributed among the small farmers of 7 districts of Sindh, for which a Memorandum of Understanding (MoU) was signed between Turkey and Sindh Agricultural University on Sunday.

The agricultural extension department of Sindh will also be a party to implement the project. According to the agreement, Turkey will provide wheat seeds for free distribution among 675 small farmers of seven districts of Sindh.

The MoU was signed between Dr. Fateh Marri, Vice Chancellor SAU and Mr. Halil Ibrahim Basaran, Program Coordinator of Turkish Cooperation and Coordination Agency (TIKA) under the Turkish Ministry of Tourism and Culture, while Dr. Islamuddin Rajput of the Department of Agricultural Extension of the Sindh Government signed the MoU as a party at university senate hall.

Vice Chancellor Dr. Fateh Marri thanked the Turkish government, which has helped the flood-affected farmers of Sindh in difficult times and is providing free wheat seeds for two acres to those farmers of Sindh, who have up to ten acres of agricultural land, while Sindh Agriculture University and Agricultural Extension Sindh will also support famers through technical services. 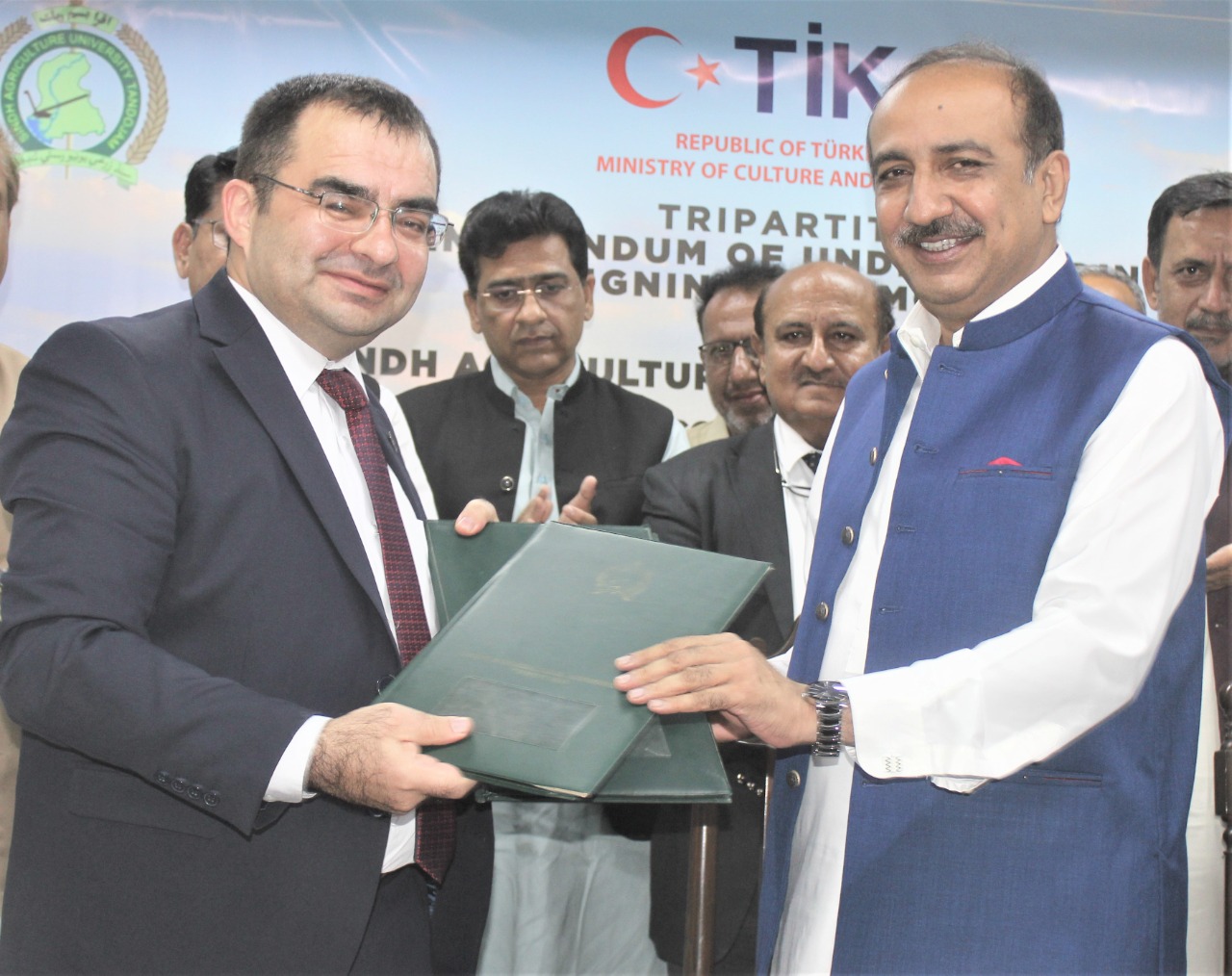 Mr. Halil Ibrahim Basaran, Program Coordinator TIKA said that the wheat seed will be provided free of charge to farmers of Sindh and added that various welfare, educational and social programs are also in progress in Pakistan including Sindh. “We are also establishing a bakery for healthy food for the poor farmers of Sindh,” he said.

Dr. Muhammad Ismail Kumbhar, Director, University Advancement and Financial Assistance explained the details of the agreement and said that under this agreement, 75 farmers of each tehsil and total of 675 famers from taluka Kot Diji, Mehar, Sakrand, New Saeedabad, Shahdadpur, Tando  Bago and Pithoro, will be given wheat seed for two acres, which is being started from this week.

The distribution services will be carried out by the Sindh Agriculture University and Agricultural Extension Department through their team and university students, and the three institutions will monitor the wheat from sowing to harvesting and support the farmers.

Explanations on Insects – Poetry from Vietnam