Mai Qamro’s mosque is a magnificent specimen of Gakhar architecture, which appears to have been built in the first quarter of the 16th century.

I have been doing research on the culture and heritage of Pothohar since 1998, when I was a student of anthropology at the Department of Anthropology at Quaid-i-Azam University, Islamabad. During semester breaks, I always visited historical villages and towns of Pothohar, where I used to have long sessions with oral historians and village intellectuals on the oral history and heritage of the respective villages. Soon I developed my interest in village studies and collected data on culture, oral history, heritage, political and social structures, sacred landscapes, and other topics pertaining to a Pothohari village.

Over a period of time, I met many oral historians and village intellectuals and documented oral history and lost landscapes of the villages – narratives which were only preserved in their memories. Among these villages, I worked with folk intellectuals of Kot Fateh Khan, Nara, Domel, Saghri Bagh Neelab, Maira Sharif and Makhad villages in Attock district; Gulyana, Basali, Kanoha, Doberan Kalan, Narali, Daultala, Sukho, Jand Najjar Jairo Ratial, Rukhia Sharif and Bhadana in Rawalpindi district; Bhaun, Dulmial, Dalwal, Vahali, Basharat, Haral, and many other villages in Chakwal district; and Domeli, Padhri, Bishandaur, Sar Jalal Khan and several other villages in Jhelum district. Every village that I visited was home to historical monuments, mystics, and myths which were narrated to me by oral historians and village intellectuals.

I visited the shrines of the mystics, tombs, mosques, havelis, choubaras, maaris, temples, gurdwaras and baolis which were built by merchants and elites of the various villages and towns in Pothohar. As such, Pothohari merchants excelled in their business skills, whose stories were also shared with me by the village intellectuals and oral historians. During my various encounters with them, I also came to know many names of Pothohari women who played an important role – not only in arts and literature but also in public welfare works, architecture and Sufism.

After the collection of data on female saints and shrines of Pothohar, I decided to write a book on this subject, which will be published in 2024. Some eminent female saints, after the deaths of their fathers, became the custodians of their shrines and continued the legacy of their fathers. A few such shrines are located in Kirpa village in Islamabad, and Bhagwal and Tharpal villages in Chakwal district. Likewise, some royal women in Pothohar also occupied prestigious and influential positions in the annals of the region.

During interviews with oral historians and village intellectuals in different villages of Islamabad, Kallar Syedan, and Kahuta, I also came to know about the mosques which were built by royal Gakhar women. The most prominent and earliest mosque is Mai Qamro mosque. This mosque is located in the small village of Bagh Joghian in the Islamabad Capital territory. I have been to visit the mosque several times, but I saw it for the first time in 1999. Thereafter, I revisited the mosque in 2001, 2006, 2011, 2015 and 2021 respectively.

When I saw the mosque last year in 2021, it was in a crumbling condition. During my first visit in 1999, it was in fairly good condition. In the last two decades, the mosque deteriorated and developed cracks and one of its domes also caved in.

If one wants to visit this mosque, one has to go to Bhimbar Trar village via Bagh Jogian to reach the mosque. Bhimbar Trar village near Gulberg Residencia is also noted for a few historical monuments. Mai Qamro mosque is situated west of Bagh Jogian village and is very close to the Soan River. It is located on the right bank of the Soan river, while on the left bank is located the Pharwala fort. From the mosque, one can have a spectacular view of the Pharwala fort.

The mosque is believed to have been built by Mai Qamro, who was the wife of Hathi Khan Gakhar, a scion of the Gakhar dynasty. The Gakhar women of the royal family occupied a prestigious and influential position in the dynasty. Women like Mai Qamro and Rani Mungo acquired renown in the field of art and architecture. They were also famous for welfare work. They carried out many social welfare activities by excavating a number of water wells and stepped wells (Baolis). Rani Mungo built several buildings in her capital Dangali in Kallar Syedan.

Mai Qamro’s mosque is a magnificent specimen of Gakhar architecture, which appears to have been built in the first quarter of the 16th century. It is built of stone. And it incorporates a blend of local and foreign elements.

Typical of early Gakhar architecture are the decorated surfaces of the structures. Now, much of the decoration of some of the early Gakhar monuments has lost its luster during frequent renovations of the buildings. This can be seen in the mosque of Sultan Sarang Khan Gakhar at Rawat. The entire façade of the mosque has been renovated, thus wreaking havoc with the originality of the building. However, Mai Qamro mosque has retained its originality. It is mainly inspired by Lodhi architecture. The mosque is built in a rectangular plan and crowned with three squat domes. The southern dome of the mosque has caved in whereas two others are in fairly good condition. It is noted for three arched entrances. The central entrance is flanked by two recessed arches. Above the arched entrance, one finds beautiful cut-brick ornamentation.

Comparable embellishments cannot be found in the whole of the Pothohar region. Dressed stone has been used to construct the mosque. Formerly it was plastered – the traces of which are still visible on the façade of the mosque.

Some parts of the boundary wall of Mai Qamro’s mosque have survived the vagaries of weather. The northern boundary has survived. The remains of the southern and eastern walls are still visible. But the northern and western walls of the mosque have developed cracks. The southern arched entrance is also in a bad state of preservation. Vegetation has grown all over the roof and domes of the mosque.

Close to the remains of the eastern wall are the tombs of Gakhar chiefs and soldiers. These dignitaries are believed to have died fighting against the troops of Zahir-ud-din Babur (1526-30), the founder of the Mughal dynasty who had invaded Pharwala, then the capital of Sultan Hathi Khan Gakhar.

Dr. Zulfiqar Ali Kalhoro, an anthropologist, has authored 13 books: ‘Symbols in Stone: The Rock Art of Sindh’, ‘Perspectives on the art and architecture of Sindh’, ‘Memorial Stones: Tharparkar’ and ‘Archaeology, Religion and Art in Sindh’. He may be contacted at: zulfi04@hotmail.com

Politics at the Bench: The Pakistani Judiciary’s Ambitions and Interventions 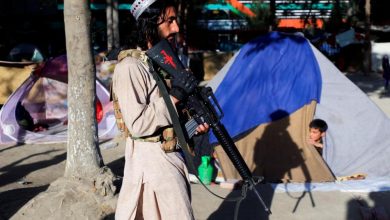 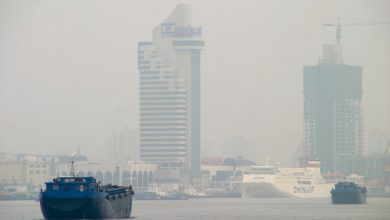 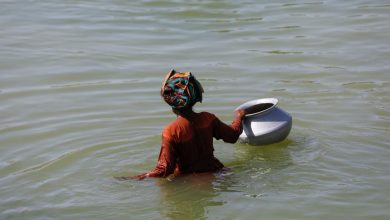 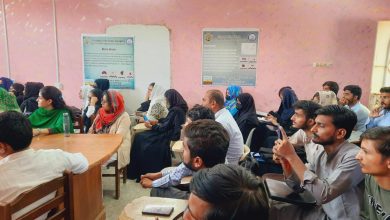