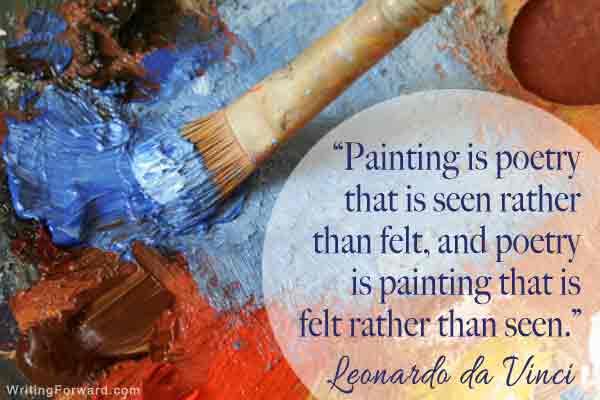 Ekphrastic Poetry is one of the most interesting aspects of today’s poetry. It is an extended and detailed literary description of any object, real or imaginary.

One of the most interesting aspects of today’s poetry is Ekphrastic Poetry.

The term “ekphrastic” originates from a Greek expression for description. According to the Oxford Classic Dictionary ekphrasis is an extended and detailed literary description of any object, real or imaginary.

In antiquity one of the earliest forms of ekphrasis can be found in “The Iliad,” when Homer provides a long account of the detailed scenes engraved on the shield of Achilles.  In Greek literature, the relationship between art and poetry was examined by Simonides of Keos (c. 556 – 468 BC) who stated: “Η ζωγραφική είναι ποίηση που σιωπά”  “Painting is a silent poetry.” In Latin literature, Horace (65 – 8 BC), in his “Ars Poetica” said: “Ut pictura poesis” meaning “As is painting, so is poetry.”  And Leonardo da Vinci in “A Treatise on Painting” states, “Painting is poetry that is seen rather than felt, and poetry is painting that is felt rather than seen.”

Ekphrastic poetry flourished particularly in the Romantic era; a notable example is “Ode on a Greek Urn” by John Keats. This poem is the description of a piece of pottery that the poet considers very evocative. He formulates a hypothesis about the identity of the lovers who appear to play music and dance, frozen in perpetual motion.  Other examples of the genre were common in the nineteenth century and twentieth century. Let’s remember two particularly significant:  Algernon Charles Swinburne’s poem “Before the Mirror” which ekphrasises James Abbott McNeill Whistler’s “Symphony in White, No. 2” and Claude Esteban’s prize-winning volume “Soleil dans une pièce vide,” inspired by the paintings of Edward Hopper.

But it was only in 2007 that a true literary art movement called Immagine & Poesia was founded by the poetess Aeronwy Thomas, (daughter of poet Dylan Thomas) with four other Charter Members (Gianpiero Actis, Lidia Chiarelli, Silvana Gatti e Sandrina Piras) who believed that the power of the written word and the power of visual image, when joined, would create a new work not only greater than the parts, but altered, enhanced, changed and magnified by the union. On the stage of Alfa Theatre in Torino, Italy, the Manifesto of Immagine & Poesia was read in front of the audience on November 9th 2007, at the conclusion of the celebrations of the Dylan Thomas Festival of that year.

Since 2014, the annual e-book of Immagine & Poesia has been published by the Canadian publisher Huguette Bertrand and the President of the Movement Lidia Chiarelli. Every year the e-book includes many ekphrastic contributions from different countries. The works of Beat Generation poet-editor, Lawrence Ferlinghetti, and the American artist Agneta Falk Hirschman are part of the latest five editions.  An on-line journal devoted entirely to writing inspired by visual art is The Ekphrastic Review, founded by Canadian artist and writer Lorette C. Luzajic.

The Movement Immagine & Poesia has particularly evolved in recent years by carrying out a message of peace, brotherhood, mutual respect and cooperation between writers and artists belonging to different countries and cultures.

On the other hand – on a purely aesthetic level – ekphrastic poetry  has conveyed an incentive to the development of “beauty”: beautiful poems combined with beautiful images, almost adopting as a motto the words that Fyodor Dostoevsky attributes to Prince Myškin : Beauty will save the world. 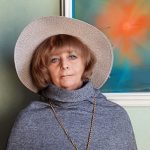 Lidia Chiarelli is one of the Charter Members of Immagine & Poesia, the art literary Movement founded in Torino (Italy) in 2007 with Aeronwy Thomas, the 20th century poet Dylan Thomas’ daughter. She is also Installation artist and collagist and Coordinator of #DylanDay in Italy (Turin). She has become an award-winning poet since 2011 and was awarded a Certificate of Appreciation from The First International Poetry Festival of Swansea (U.K.) for her broadside poetry and art contribution. She was awarded with the Literary Arts Medal – New York 2020. She had Six Pushcart Prize (USA) nominations and Mario Merz (Italy) Nomination for Arts 2020. Her writing has been translated into different languages and published in more than 150 Poetry magazines, and on web-sites in many countries. 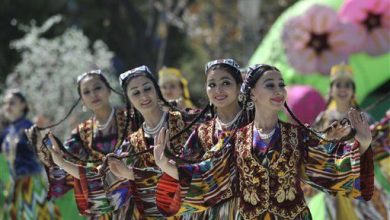 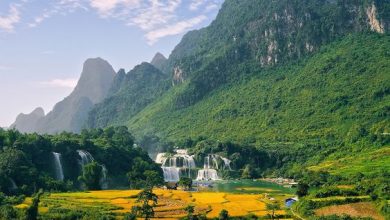 The Homeland – Poetry from Vietnam 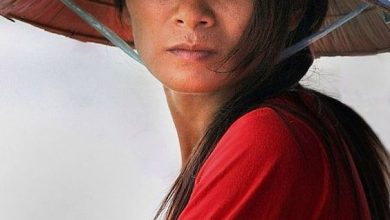 HOAI – A SHORT STORY FROM VIETNAM 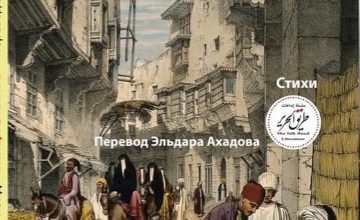 Russian translation of Egyptian Poetry book ‘A Street in Cairo’ being launched on Sep.17