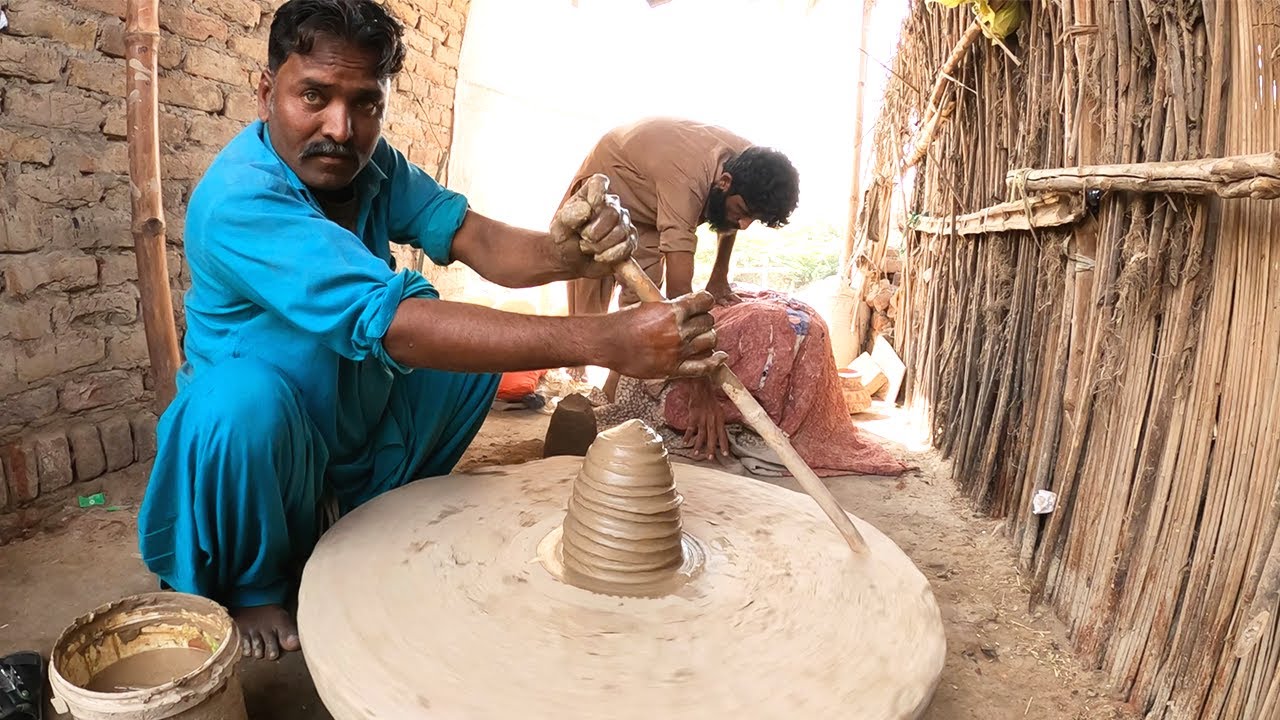 Sujawal: Once again the trend of using clay-made utensils and pots for households have started gaining ground in Sujawal, Thatta, and its adjoining areas, as it seems that the common folks once again have realized the importance and benefits of earthenware.

With the increasing demand for plastic and bronze-made utensils, the use of clay pots dwindled but now once again people are turning back towards the use of clay pots in the Larr (Lower region of Sindh) that includes the areas of Thatta, Sujawal, Badin, Thar and Tando Mohammad Khan. 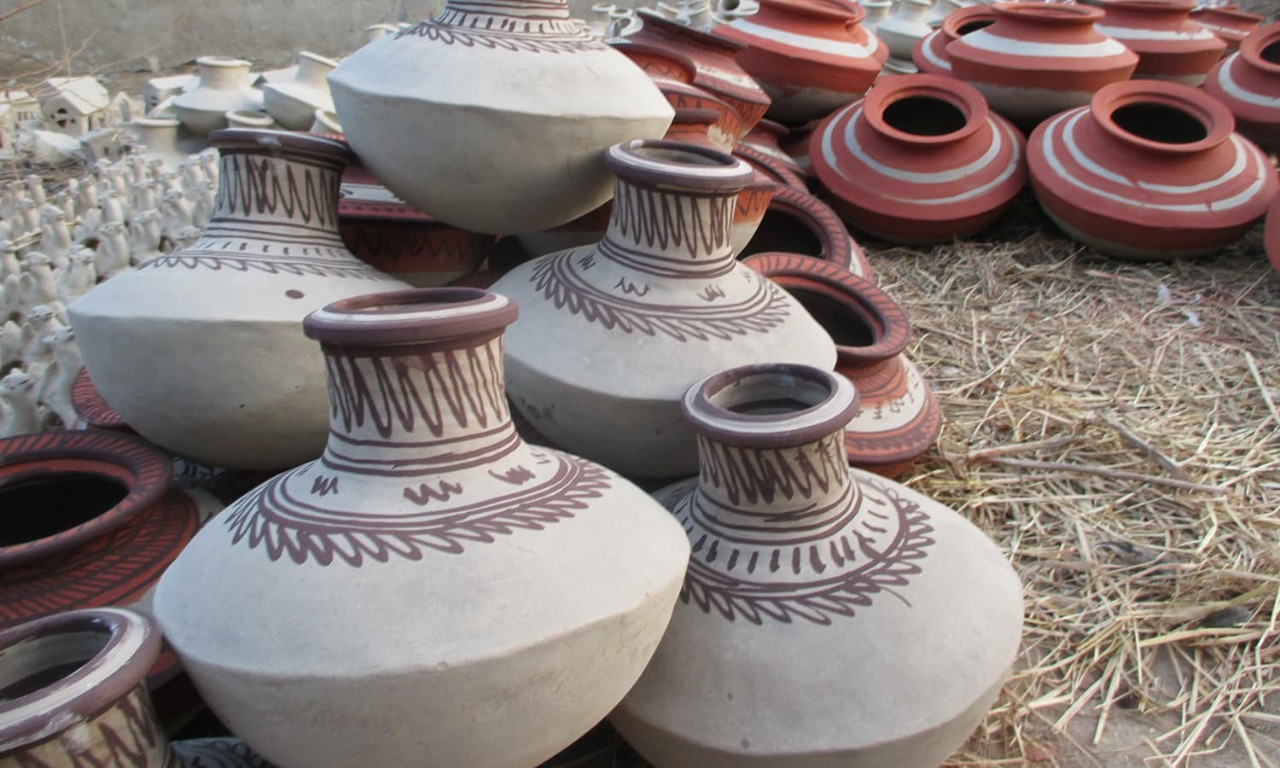 Almost three decades ago pottery was a profitable business and potters who usually belonged to the Kumbhar community in Sindh used to earn their livelihood by making and selling earthenware, ornaments, and water pots but by the passage of time the pottery industry faced sharp decline.

Hanif Kumbhar, a local potter of district Sujawal has expressed his joy and satisfaction over the increase in the purchase of clay pots and said that the golden era of the pottery industry has returned, as the skyrocketing prices of plastic and bronze utensils compelled the people to purchase earthen pots for the household.

Another potter Jaffar Kumbar said that they had kept the ancestral tradition of making clay pots alive through sheer commitment and endurance despite earning no profit for years.” Despite the sharp decline, we continued with this work and now the days have arrived when we can earn something substantial out of it,” he hoped. 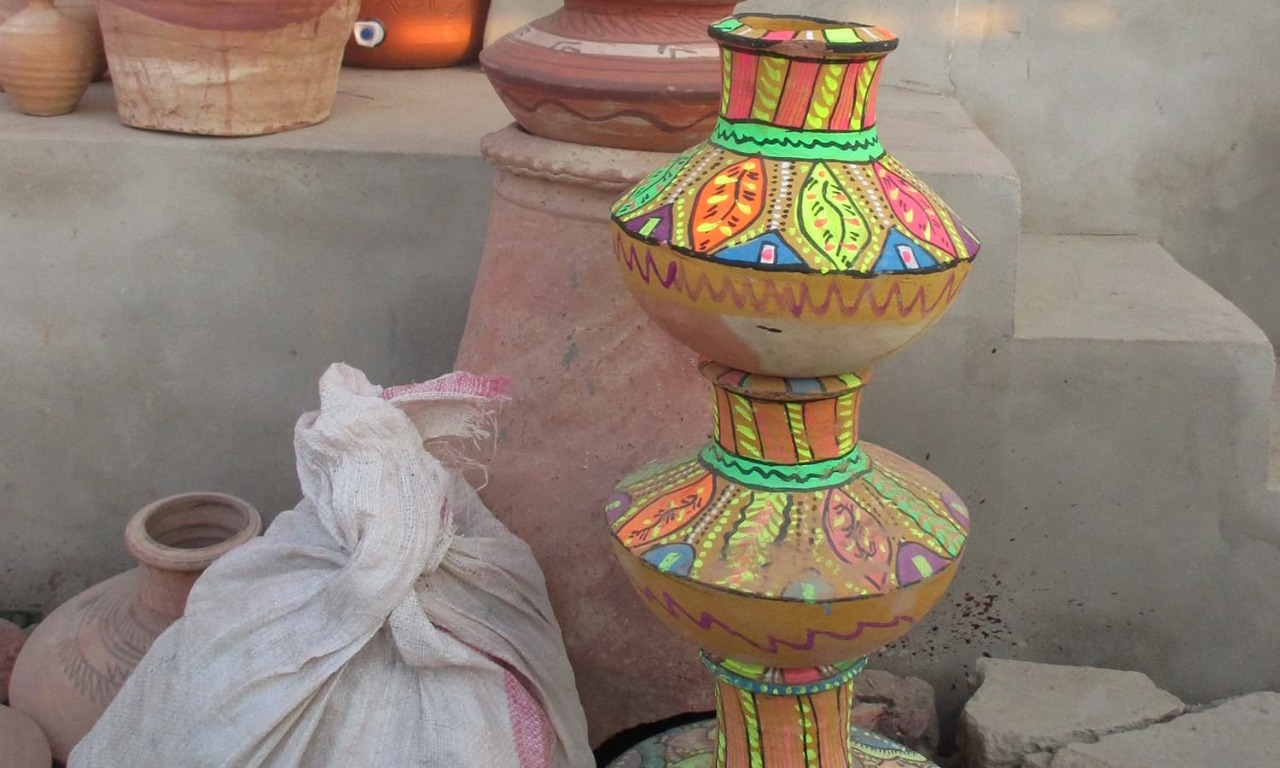 Poet Ayaz Amar Sheikh said that the tradition of pottery in this region can be traced back hundreds of centuries. He viewed that the government should also patronize this local traditional industry helping the potters to steer them out of financial crisis.

Referring to the book of historian Anwer Abbasi, advocate Mumtaz Shah said that Kumbhars in the Larr region of Sindh had been making earthenware since centuries and renowned Sufi Poet Shah Abdul Latif Bhittai had also eulogized the spirit of a Potter- Kumbhar who made ornaments and pots from clay.

Watch a video: Making of Pottery