In order of ascertain prevalence of Omicron in the province, Sindh government conducted 351 tests of which 175 were detected as Omicron which constitutes 50 percent of the tests beside delta and other variants.

This emerged in a meeting held under the chairmanship of Sindh Chief Minister Syed Murad Ali Shah here at CM House on Monday.

The meeting was told that out of 175 few had travel history predominantly from the UK, Dubai, USA, Germany, Saudi Arabia, Nairobi and Angola.

At this the chief minister said that the situation was critical and urged the health department to start an extensive vaccination drive and increase tests of the people all over Sindh. He urged people of the province to adopt precautionary measures otherwise his government would have to take strict measures.

To a question, the CM was told that so far 29,579, 471 vaccinations have been administered all over Sindh.

Fortunately no death stemming from Coronavirus reported on Monday however 339 new cases emerged when 10,632 tests were conducted.

Murad Shah, in his statement said that fortunately no death was reported on Monday. He added that till last Sunday the number death and was 7,673. He said that 10,632 samples were tested which detected 339 cases that constituted 3.2 percent current detection rate. He added that so far 7,169,055 tests have been conducted against which 481,949 cases were diagnosed, of them 97.1 percent or 468,200 patients have recovered, including 33 overnight.

The CM said that currently 6,076 patients were under treatment, of them 5,880 were in home isolation, 42 at isolation centers and 154 at different hospitals. He added that the condition of 148 patients was stated to be critical, including 16 shifted to ventilators. According to the statement, out of 339 new cases, 236 have been detected from Karachi, including 110 from South, 93 East, 18 Central, 10 Korangi, 3 Malir and 2 West. Hyderabad has 25, Shaheed Benazirabad 13, Dadu and Tharparkar 10 each, Badin 9, Jamshoro 8, Matiari 7, Shikarpur 4, Ghotki, Umerkot and Sukkur 3 each, Jacobabad, Sanghar, Tando Allahyar and Mirpurkhas 2 each.

Sharing vaccination data the CM said that 29,313,787 vaccinations have been administered upto December 31st, and added during the last 24 hours 265,684 vaccines were inoculated – in total 29,579,471 vaccines have administered which constituted 53.62 percent of the vaccine eligible population. The chief minister urged people of the province to follow SOPs. (PR)

Sindh to have its own cricket team 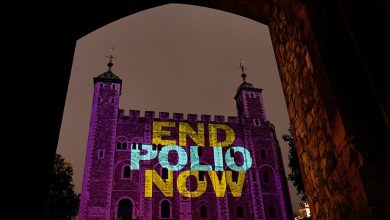