The region was presumably inhabited by some mix of Iranian and Indian peoples. People in Baluchistan followed Hinduism, Buddhism, and Zoroastrianism.

Balochi is a northwestern Iranian language, most closely related to Kurdish.

The arid region of Balochistan, situated at the eastern end of the Iranian plateau, is split almost evenly between Pakistan’s Balochistan province and Iran’s Sistan-Baluchistan province (a small portion of the southern parts of Afghanistan’s Nimruz, Helmand, and Kandahar provinces are also part of Baluchistan). Balochistan is today at the forefront of major geopolitical events. Pakistan has faced almost constant turmoil in Balochistan since its independence, even as it struggles to secure and develop the region with Chinese help.

The port access offered by Gwadar in Balochistan is an important component in China’s emerging transportation network across Asia. Right across the border in Iran, India is struggling to complete Chabahar, its attempt to answer Gwadar and link to Afghanistan by going around Pakistan. Iranian Balochistan is Iran’s soft underbelly, a restless Sunni region in a mostly Shia country, a place where Saudi Arabia can make mischief using groups like the radical Sunni Jundallah.

But what about Balochistan itself? How did it come to be divided and ruled by other peoples? Surprisingly, very little has been written about Balochistan. It has always been uncomfortably sandwiched between the great Persian and Indian empires to its west and east. And unlike their Afghan neighbors to the north, who also felt the constant tug of war between Persia and India, the people of Balochistan had no mountains to protect them. It is a region at once neglected, exploited, and ignored.

In ancient times, the region was a part of the Achaemenid Persian Empire and then various Persian and Indian empires and local kingdoms and was presumably inhabited by some mix of Iranian and Indian peoples. People in Baluchistan followed Hinduism, Buddhism, and Zoroastrianism. The region acquired a notorious reputation due to Alexander the Great disastrously marching back to Babylon after his Indian campaign through its deserts, leading to the deaths of thousands of soldiers.

By the time of the rise of Islam in the 600s, Balochistan was loosely controlled by the Sassanid Persian empire, but as that empire faced the onslaught of the Arabs, Balochistan, then known as Makran (after the name of its coastal region), passed to the control of the Rai Dynasty of Sindh. The Arabs defeated this dynasty in 644 at the Battle of Rasil and conquered Makran, which converted to Islam but continued to remain a lightly populated, peripheral region.

In the 11th century, the Seljuk Turks invaded Persia. This is thought to have stimulated the eastward migration of the nomadic tribes (ancestors of today’s Baloch) of central Iran and the area south of the Caspian Sea into Balochistan. As these tribes were used to living marginally in arid territory, the move to the even more arid Balochistan was not a catastrophe and was indeed a path of less resistance than fighting the invaders, who competed for the same pasture space in Iran. Around the same time, Balochistan’s largest minority group, the Brahui (who speak a Dravidian language like other South Indian languages) migrated to Balochistan from central India and formed a symbiotic relationship with the Baloch. Many Baloch become sedentary during this period, farming oases. They formed many kingdoms and tribal confederations, sometimes independent, sometimes under the suzerainty of external empires.

In the 1500s, Balochistan, like Afghanistan to its north, became divided into zones of control between the Safavid Persian Empire to its west and the Mughal Empire to its east. This approximately reflects the Iran-Pakistan border today. Because Persia’s Sistan province is a frontier province, it was loosely controlled and its people had leverage over its central government (they could swear allegiance to the Mughals if they wished). As a result, unlike most of the rest of Iran, it managed to escape the central government’s policy of implementing Shia Islam. As for the Mughals, while initially they ruled Balochistan directly from Multan in the Punjab (in today’s Pakistan), it was never a place of much importance. Control was delegated to a local vassal who organized the Khanate of Kalat in 1666 (located in central Balochistan). On behalf of the Mughals, Kalat ruled over the vassals of the states of Las Bela, Kharan, and Makran, which make up most of Pakistani Balochistan. In 1783, the Khan of Kalat granted suzerainty to the port of Gwadar to a man who later became the Sultan of Oman and who decided to keep it as part of his domains. Pakistan had to buy it back from Oman in 1958.

The division of Balochistan into western and eastern halves temporary lapsed during the 18th century as first the Safavid and then the Mughal Empire, and finally the brief empire of Nader Shah collapsed. Balochistan reverted to a collection of principalities, some of which then fell under the control of Afghanistan, but most remained independent. The most important of these independent principalities was Kalat. Within a century, though, the Qajar dynasty established itself in Persia, and the British in India, squeezing the Baloch again. The British attacked Kalat in 1839 as part of their related invasion of Afghanistan, installing a friendly ruler. In 1854, Kalat became an associated state of the British, and in 1877 the British established the Baluchistan Agency to deal with the Baluch princely states in its Indian Empire and directly rule of the northern half of Balochistan, including Quetta.

In the meanwhile, Persia re-conquered western Balochistan, which has remained part of Iran ever since except for a brief period in the 1920s when it acquired its own “king.” The British and Persians demarcated the boundary between their territories in 1871-1872, with some changes made in 1895-1896. Pakistan, which absorbed the princely state of Kalat in 1955 (allegedly Kalat had tried to find a way to join India instead), reconfirmed this boundary with Iran with some very minor changes during a demarcation in 1958-1959.

These agreements basically established the modern frontier between Iran and Pakistani Balochistan, but it is not an arbitrary division that suddenly severed the Baloch nation in two. The control of the western part of Balochistan from Iran and the eastern from the subcontinent has been a fact more or less for over five centuries, and its current division, based on the Anglo-Persian division represented zones of existing control on the ground rather than an unenforceable, random line. Nonetheless, there is no doubt that ethnic Baloch on both sides of the frontier are getting the short end of the stick, because their needs are subordinated to the needs of their states, but unlike the Pashtun and Kurds, they have neither the numbers nor the firepower to seriously contest this and negotiate further rights.

(The author has expressed his personal views) What was the Indus Valley Civilization? 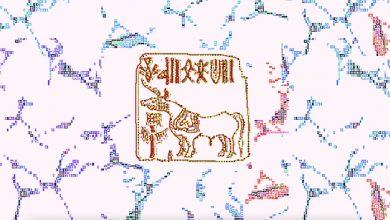 An ancient language has defied translation for 100 years. Can AI crack the code? 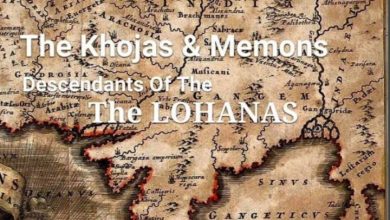