Amarlal Hingorani wrote his short story ‘Ado Abdul Rehman’ (Brother Abdul Rehman) in 1930 and it was reprinted again in 1940.

Some thought him daft; others considered him a dervish, a wandering fakir, God-intoxicated. He may have been both. In appearance he was lean, rather tall, and wheat-complexioned. His body was not altogether bare, and he went about loosely wrapped in an old quilt. He seemed always in a state of spiritual animation. He visited all manner of places of worship, no matter what their religious denomination, mosque and shrine alike were houses of God, and he was seen frequenting both. On the wharf at Sukkur in Sindh, facing the railway goods office, common people would often gather near the booths and recite shlokas (Sanskrit verses) from the Sindhi Hindu religious poet Sami. Addo Abdur Rahman would also join the gathering and listen with pleasure. Now and again, he would mutter to himself, “Addo Abdur Rahman, are you following it? When will you begin to see light?”

One day he tripped over a stone. He said to himself, “Addo Abdur Rahman, how proud and arrogant you are! Walking with your head cocked like that! If you look down you would not stumble.” He had not gone a few steps when he stopped and began upbraiding himself. “Addo Abdur Rahman, how selfish you are! Was it right to leave that stone where it was? Suppose another wayfarer tripped over it?” And he went back and flung it out of the way.

He was in the habit of talking to himself, as a philosopher to a friend, as one person to another, in constant exhortation. If somebody said to him, “Addo Abdur Rahman, are you hungry? Would you like to eat?” he would turn to himself and ask, “Addo Abdur Rahman, he wants to know if you are hungry and would like to eat.” And he would answer, after thinking for a while, quoting a Persian proverb: “One must eat to live, not live to eat.” In this manner he would always confer aloud with himself before answering a question. It was a good practice because it prevented him from quick reaction to whatever happened. He heard the other carefully and gave a well thought out reply.

Abdur Rahman was quite an accomplished poet and scholar. He wrote Persian poetry, knew Hafiz by heart and a good portion of the Sindhi poets, Shah Abdul Latif and Sami. Of Saint Sachal, the third premier poet of Sindh, he was a devoted disciple. He knew Urdu also. When people received letters in Urdu from Punjab, they would take them to Addo Abdur Rahman to read and interpret them. He was of a quiet and gentle disposition. He coveted nothing, had few wants, and ate sparingly. His godri, the old quilt, was always wrapped around him whatever the season. At night it served as a covering. However oppressive the weather, he had his godri about him and defied the heat, though other men nearly died of it. Who knows what secret converse he held with the Divine Beloved under the cover of his godri?

One day an innocent man found himself involved in a criminal prosecution. He was accused of having stolen a gold watch belonging to a wealthy Muslim merchant. The police had searched him and found it on his person in front of witnesses; the evidence against him was strong and it seemed unlikely that the man would be acquitted. The merchant was a man of influence.

The poor man claimed that he had been falsely accused of making a lewd gesture at the womenfolk of the merchant when he walked past his house one day, and that the merchant had beaten him mercilessly. But for Addo Abdur Rahman, who had by chance appeared on the scene, the man might have been beaten to death. Even after Addo Abdur Rahman’s intercession, the merchant would not be appeased. He said that the fellow had cast an evil eye on his honor and that it was intolerable that he should continue to live thereafter.

Abdur Rahman began to confer with himself, “The merchant will not desist, for his honor is very dear to him. He has a sister, 35 years of age, and yet he will not find her a husband because she will then demand a share of her inheritance.

“No, Addo Abdur Rahman,” he added to himself, “do not lift the veil from another man’s affairs. Better reason once again with the merchant. If he continues to be obstinate, you may speak the whole truth.” However, he had mumbled this aloud and the merchant and others had heard. The merchant decided to drop the case and thus the poor man was saved.

But gossip began to spread all over town. To save his reputation the merchant filed another case. He denied all wrong doing and bought off three of the four witnesses who either did not appear in court or pretended ignorance. There remained only Abdur Rahman. The counsel for defence seriously doubted the wisdom of putting such a man in the witness box. But the accused had implicit faith in Abdur Rahman.

When Abdur Rahman received a summons he said to himself, “Addo Abdur Rahman, you have been summoned to appear in a court of justice. Such a place is worthy of respect.” That meant that he must not go there without wearing shoes. He managed to get hold of a pair for the occasion, not to look respectable, but to show deference to a place worthy of respect. At every hearing he went to the court in his godri, carrying his shoes in his hands, according to the custom of the Sindhi villagers. When he was called to give evidence, he put them on with ceremony. His godri was folded lengthwise and draped like a scarf around the neck. He had hardly stepped in when the liveried peon of the court asked him to leave his shoes outside, as the other men of low status did.

“Addo Abdur Rahman,” said Abdur Rahman to himself, “the court peon is asking you to enter barefooted, and so appear respectful. Tell him you procured the shoes for that very purpose.” He did as he was bidden by his inner self and walked in with his shoes on. When the magistrate saw him, he laughed.

As he took his stand in the witness box, the magistrate asked him why he was wearing his godri around his neck. Abdur Rahman looked inwards and communicated the question to himself in his usual fashion. “Addo Abdur Rahman,” he said, “you are in court now so answer with due care. Tell the magistrate sahib that it is a custom with the Hindus on important occasions to wear a dupatta or scarf round the neck, and that you have done likewise.” And Abdur Rahman duly conveyed his own instructions to the magistrate.

The serishtadar, a subordinate officer, now turned to Abdur Rahman to administer the usual oath: “In the presence of God I swear that I shall speak the truth, the whole truth, and nothing but the truth.” Abdur Rahman repeated the oath respectfully.

“What is your name?

“Addo Abdur Rahman, the serishtadar wants to know your name.” Then turning to the court, he added, “My name is Abdur Rahman.”

There was laughter in court. The magistrate, after enjoying the situation for a while, began to show annoyance. One of the advocates explained to him that the witness was in the habit of speaking in this manner.

“Your religion?” asked the subordinate officer.

Abdur Rahman closed his eyes and pondered. “Brother Abdur Rahman,” he cautioned himself, “you have sworn to speak the truth. The question is awkward. If you say you are a Muslim, the Hindus will take exception; if you answer you are a Hindu, the Muslims will frown. Brother Abdur Rahman, do not be perplexed! You can solve this problem with this verse from Saint Sachal:

I am neither Hindu

The serishtadar did not know if this answer would do for the record. So he turned to the magistrate for guidance.

“Write him down as a Muslim,” the magistrate ordered.

“Tell him,” Addo Abdur Rahman said, “that since the magistrate answered my previous question on your behalf, he might like to answer this one also.”

The magistrate was furious.

“You jat!” he thundered, “Make your statements sensibly and properly. Don’t forget you are in a court.”

Before Abdur Rahman could address the magistrate directly, the honorable gentleman shouted, “A jat, you fool, is an illiterate person.”

Addo Abdur Rahman turned to the magistrate to speak, but that learned man brushed him aside. “A jat is one who does not know English,” he said with a note of triumph in his voice.

There was whispering and tittering in the court. Abdur Rahman’s smile broadened. He said to himself in a confidential but audible tone, “Though he himself knows English, he is the son of Topanmal, keeper of the cattle pound. Will you ask the magistrate, if his forefathers who knew no English were jats, and whether he himself is a son of a …”

“None of your presumption, you insolent rascal!” roared the magistrate. “Will you show cause why you should not be charged with contempt of court? I order you to cease talking and submit a written deposition.”

Abdur Rahman stepped out of the witness box, and going to the table indicated, bent over it and wrote as follows:

“Honorable magistrate sahib, Addo Abdur Rahman is not guilty of contempt of court. If anyone is guilty of such an offence, it is you. On this day alone you have abused several witnesses. But this abusive language will not so much as touch the fringe of Addo Abdur Rahman’s godri. Let me give you a bit of advice. Though you sit in judgment over the people, you are not their lord and master. You are their servant. We witnesses have not attended court of our own accord. We have been summoned to assist you in the administration of justice, and this is the treatment you give us! Who will bother to appear in your court if you shower abuse on the witnesses?

Addo Abdur Rahman, in accordance with the oath administered to him by the court, has spoken the truth, the whole truth and nothing but the truth.” 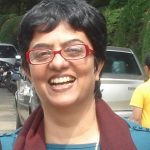 Innocent Girl – A poem from the Land of Sindhu Civilization

Trick of the Times – Poetry from Serbia 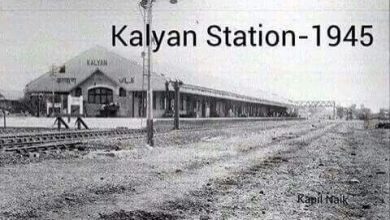 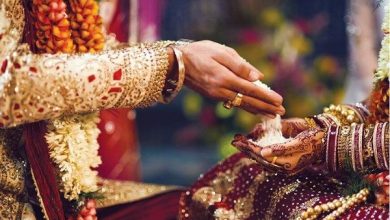 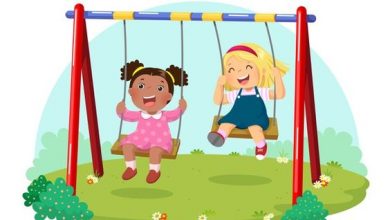 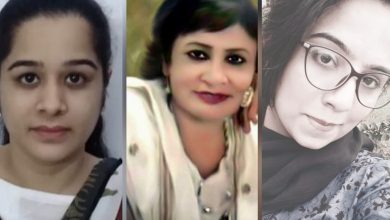 Sindhi Women in the field of Literature