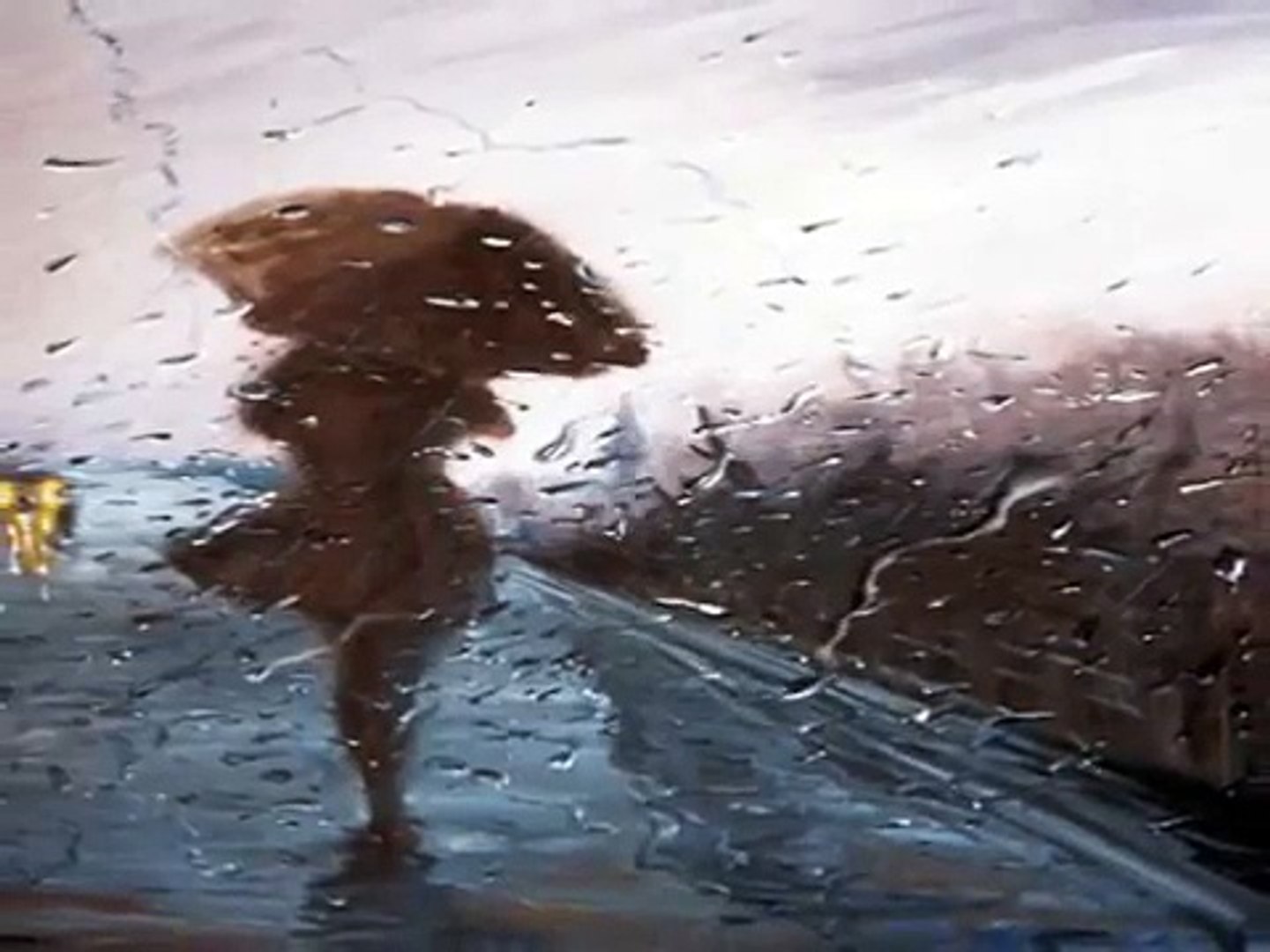 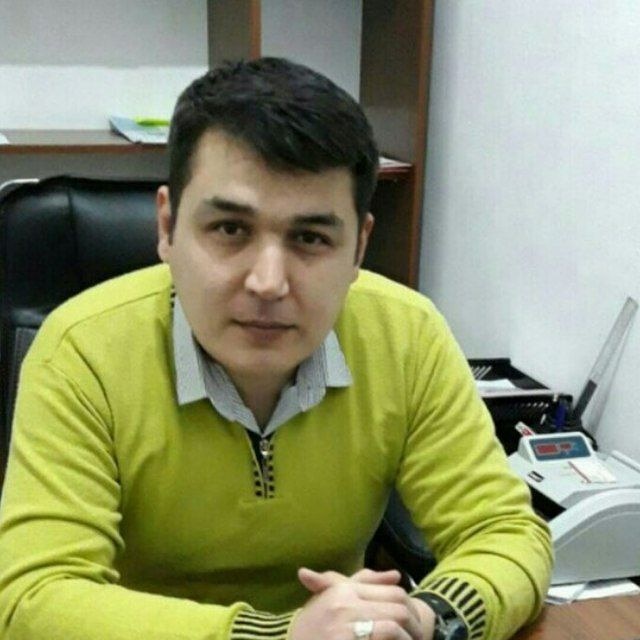 Sherzod Artikov was born in 1985 in Marghilan city of Uzbekistan. He graduated from Ferghana Polytechnic Institute in 2005. His works are more often published in the republican inside presses. He mainly writes stories and essays. His first book “The Autumn’s Symphony” was published in 2020. He is one of the winners of the national literary contest “My Pearl Region” in the direction of prose. He was published in Russian and Ukraine network magazines such as “Camerton”, “Topos” and “Autograph”. Besides, his stories were published in the literary magazines and websites of Kazakhstan, USA, Serbia, Montenegro, Turkey, Bangladesh, Pakistan, Egypt, Slovenia, Germany, Greece, China, Peru, Saudi Arabia, Mexico, Argentine, Spain, Italy, Bolivia, Costa Rica, Romania and India.

Waltz of the Rain

-What`s happened to your leg?

Since the door was slightly open, I didn’t take notice Nazokat’s coming into the room.

-Sometimes it hurts much – I wrinkled my forehead massaging my left knee.

Nazokat took of her black scarf and burgundy suit then hung her handbag on the hook in the wardrobe. Today she appeared more enthusiastic than yesterday, her exhaustion vanished somewhere and it was noticeable that she was burning with desire to start her lesson as soon as possible – she immediately sat at the piano.

-Beethoven would be pleased with me – told she taking score in hand, and took a look at this – I’m playing his sonatas much both here and at home.

I stood up after bending my knees a few times.

-Little time left till the contest, we must manage.

Nazokat ran her fingers over the piano keys like a child.

-Looking at the score, I play without mistakes, but when I play by heart, I start to make mistakes – she said putting the score back.

After a while, the piano “Belarus “ started to make a sound like yesterday, the Sonata dedicated to a girl named Elise resonated through the room. I looked at Nazokat silently; she was trying not to look at the score. As her fingers running over the keys gently, she focused her mind on play.

-This time you made mistakes three times – I told standing behind her.

Nazokat looked at me inquiringly. I showed where the mistakes were from the score.

-You’d better go to the doctor- said Nazokat looking at my left knee, vaguely bent in pain –I train by myself here.

-No need – I told nearing the window and viewed windy outside.

I trained with Nazokat till lunch time. The traditional competition organized annually in the city culture center among young pianists was not more than two days away. We had to train more because of short time.

-Sometimes I want to tear the score –told Nazokat before sitting when we came in café near the college – It disturbs me.

-You’re making mistakes without them, you see.

-You don’t do any mistakes – she continued – I will also adapt.

We ordered a couple of coffee, it was early October,  strong wind had been blowing for two days, the weather turned bitterly cold. Having a hot coffee comes in handy at this time.

-Why did you choose Beethoven for the competition – asked Nazokat sipping her coffee slowly –If it depended on me, I would choose another composer.

-Beethoven wrote perfectly and suitable for the competition –I replied – That’s the reason.

-Not only Beethoven, but also Chopin and Strauss are performed, too –she said thoughtfully –I got fed up with such constancy.

Feeling pain in my knee, I started to massage again.  She was silent for a while:

-You really should go to the doctor; don’t refuse. I’ll study by myself.

-You finally persuaded me – I told having an imperceptible smile on my face.

Nazokat was working diligently, even sweated a little when I got back.

-Are these pains consequences of that car accident? – She asked when I sat in the armchair in front of the window to smoke.

-Yes, I got hurt my left leg seriously, ever the accident, I suffer from chronic pain.

Nazokat was playing the sonata excellently day by day; I was delighted by her performance which was close to perfection that day. Soon she went off. Before getting into the taxi, she looked at the window where I stood smoking – our eyes met momentarily. I embarrassedly drew the curtain and walked away from the window throwing a cigarette butt in the ashtray. Nazokat gave me a call in the evening while I was reading Beethoven’s missives translated into Russian at home.

-How is your leg, relieved? – She asked when I picked up.

-Still have a mild pain – I answered her frankly.

-I have a say in training at home, let me not go yours.

-Your will – I responded thinking she must have a valid reason.

The day, the contest was supposed to take place,  I welcomed Nazokat in front of the Culture Center. Her long hair which strokes her shoulders and waist all the time was tied in a modern way. Outwardly, she seemed blithe trying to wearing a smile, even so her eyes looked sunken and tired. She was with her parents and bosom friend.

-How’s your welfare? – She had a rather worried look on her face. As my knee hurt whole night, I appeared a bit pathetic, she carried on: – You look exhausted.

-Let’s go to the hall- I said and showed with my hands that my health is normal.

Nazokat followed me, we got in the hall and the organizers of competition hosted us warmly.  The hall was not full. There were about a hundred people:  most of them were participants’ relatives and the heads of the clubs, the rest of them were classical music lovers.

About twenty participants were being attended, after introducing juries who grade participants’ play one by one, the competition began. I got seat in the front row where the brown piano in the center of the stage could be seen clearly.

The first three members were much less talented than Nazokat. I felt it with all my heart while performing works by Chopin, Rachmaninov and Shostakovich:

They mixed up quite a lot. Other contestants were at Nazokat’s level at least. Only the ninth participant – a tall guy – successfully performed a piece of music by Schumann.

I was astounded, Nazokat appeared on stage, she looked around before sitting at the piano. Her eyes met mine, and she took a seat putting her musical score on the piano bench, not on the music rack: she was going to play without them.

I couldn’t take my eyes off her, as if my eyes were pleading in supplication and saying:“ that’s it, enough “. I felt excruciating heartache in every beat, waltz continued sounding.  The whole hall was serenely hearkening her; only I was fighting with my remembrance of the past and strange emotions visualizing them wearing a sour face. Nazokat was performing the music I composed earlier when my life perished as a result of the car wreck. It caused unbearable blight and sheer misery in my life, whenever I played my heart thudded. Maybe for this reason, I thoroughly performed it only three times, afterwards, disregarded: it collected dust in the folder throughout the several years.

Waltz was over I went to the backstage where Nazokat was observing the performance of the next participant.

-Here is your stuff – she said handing the musical score to me.

-Why did you do that? –I asked crumpling it. Nazokat lent an ear to the rhapsody of Liszt for some time and replied:

-Wonderfully written, it was my heart’s desire…

I walked back taking it under my armpit.  All contestants brought an end to the performances and it was the time to announce the final decision by juries.  After long discussion, the panel of judges found that the tall boy who played the work of Schumann perfectly as a prizewinner. Nazokat took second place, her parents and friend congratulated.

After the end of the competition, the organizers asked my appraisal and sentiment. I made an exit after exchanging our ideas for little time. Seeing my leave, Nazokat ran towards me:

-Are you bothered? – She said standing in front of me.

-Should I be blissful? – I answered trying not to look at her –Firstly, you opened old wounds.  Secondly, you would have vanquished if you had played the sonata of Beethoven which you got prepared.

-I told you that – she sighed deeply – I’m weary of such steadiness. When only Beethoven’s or Chopin’s music will be played? You had also composed propitiously.

Not wanting to continue the conversation I went out. The wind was blowing outside: the yellowish leaves were swirling in the sky, and falling on the ground changing their position.

-The collision was misfortune–she said following me around. – The accident wasn’t your fault. Don’t blame yourself for your wife’s death. Even you didn’t turn 30, but buried yourself alive. I opened the file on your table, which has fabulous sonatas and waltzes, honestly.

-I was gripping steering wheel – I yelled at her – Got it? My hands were on the wheel keeping that damn « Waltz of the rain » in my mind. I got befuddled thinking it on the way.

Nazokat wept and wanted to come close up, yet I halted her with my hand.

-It’s crisp and gusty. Don’t stay in this wind. Behold, your parents came out following on you and your boon companion. Share in your attainment with them. Go!

Nazokat didn’t budge; I stepped forward and walked away. Approaching bus stop, I couldn’t bear waiting for the bus and flagged down a taxi. The taxi picked me up there where I faced with my yesteryear right away. Not needing to go home, I went for a stroll in the Square. There was a flock of pigeons; I passed my time in the midst of them. At length, I decided to come back my workplace. I didn’t have lessons as it was off day. Just wanted to hide myself in my office and play the piano.  Climbing up the stairs, I was startled seeing Nazokat at the door.

-Would you always appear like this? – I told leaning on the wall. 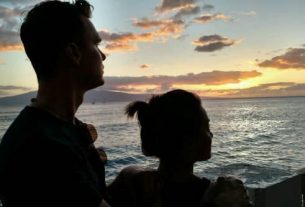 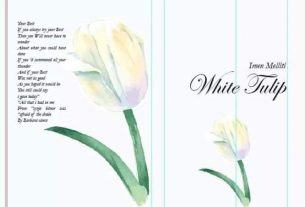 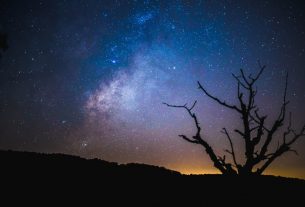 Chinese Literature: A Poem by Poet and Philosopher Hongri Yuan