On Oct. 18, Board of Cricket Control of India Secretary Jay Shah indicated that his team may not travel to Pakistan in September 2023 to take part in the Asia Cup.

Even as the English cricket team recently claimed the title of the 20-over format of the cricket world championship in Melbourne, Australia, sports lovers are crossing their fingers over whether they will be able to watch the next big events – the 50-over Cricket World Cup and the Asia Cup, scheduled to be respectively hosted by India and Pakistan in 2023.

Unlike in the past, when cricket was used by both countries to lower tensions and build contacts, at present, there are apprehensions that both these tournaments may go haywire in 2023, as the Indian and Pakistani cricket boards have put themselves on a collision course.

On Oct. 18, Board of Cricket Control of India (BCCI) Secretary Jay Shah indicated that his team may not travel to Pakistan in September 2023 to take part in the Asia Cup.

“We have decided we will not travel to Pakistan. We will play at a neutral venue,” Shah said after the BCCI’s Annual General Meeting (AGM). Incidentally, he said this after being reelected to a second term as secretary to the Asian Cricket Council president.

Angered by these comments, the Pakistan Cricket Board (PCB) threatened to boycott the World Cup scheduled to take place in October-November 2023. Neither country has played any bilateral cricket series for the past 10 years.

Although hockey continues to be the national sport for both India and Pakistan, politicians have used cricket as a tool for diplomacy to help mend fences.

In February 1987, cricket is credited for averting a war, when India launched its largest-ever military exercises, called Operation Brass Tacks, in the deserts of the western state of Rajasthan, a few hundred miles from the borders. In retaliation, Pakistan also moved its armored divisions to the borders.

While the US stepped in to defuse tension, a Pakistan Air Force jet landed at New Delhi airport, with the visitor none other than Pakistani President Mohammed Zia ul-Haq. He had flown to Delhi on the pretext of watching a test match between Pakistan and India in the western city of Jaipur. Both countries agreed to withdraw 80,000 troops from each side and decided to continue discussions.

Behramnam, the advisor to then-Indian Prime Minister Rajiv Gandhi, said in 2015 that Zia had confided that Pakistan had achieved a credible nuclear deterrent and would use it if its security was breached.

In May 1998, after tensions escalated between the South Asian rivals when they held nuclear tests, then-Prime Minister Nawaz Sharif approved a proposal from the PCB to allow the cricket team to travel to India. It triggered the visit of Indian Prime Minister Atal Bihari Vajpayee to Lahore on a bus to revive bilateral relations. Both countries signed the Lahore Declaration, which among other things included an agreement on nuclear and conventional military confidence-building measures (CBMs).

In 2004, both countries agreed to ease travel restrictions for people coinciding with the Indian team’s tour of Pakistan for the first time in 15 years. A year later Pakistani President Gen. Pervez Musharraf came to India to watch a cricket match. But in fact the trip resulted in a summit, where both sides pledged to seize a historic chance to address the issue of Jammu and Kashmir and nominated interlocutors to explore an out-of-the-box solution.

During the 2011 Cricket World Cup hosted by India, Prime Minister Manmohan Singh used the opportunity to host his Pakistani counterpart Yousuf Raza Gilani to watch the match with him in Mohali, in the Punjab province. This eased the relationship, which had nosedived following the bloody 2008 Mumbai attacks.

The history of using cricket as a diplomatic tool dates back to 1952, just five years after India and Pakistan gained independence amid the worst-ever communal riots and a war on Kashmir. Leaders of both countries thought the game would rebuild people-to-people contact. The Pakistani cricket team arrived in India to play a test series in 1952, which included some players who had played for undivided India.

In 1955, when on a return tour the Indian team arrived in Pakistan, almost 10,000 Indian fans traveled to the border city of Lahore to watch the test match. Those who lived next door in the Indian border city of Amritsar were allowed to cross back each night to their homes via the Wagah border.

Experts believe that unlike other sports, cricket had an inherent capability to be used for building contacts.

Writing in Encyclopedia of World Sport: From Ancient Times to the Present, authors David Levinson and Karen Christensen argue that the length of time that a test match takes – seven hours a day for five days – allows the spectators to interact not only with each other but also with the players.

“There is often communication between the fielders at the boundary and spectators and also between the players on opposing teams,” said the authors. “The structure of the match is such that there are periods of intense excitement followed by lulls in the passage of play, which encourages debate and disputation, chatter, and gossip. All of this helps to create the opportunity for friendship-building unusual in other sports.”

Further, cricket is the only sport that has the ability to unite the religious, ethnic, tribal, linguistic, and class diversity in both countries.

A study undertaken by researcher Emily Crick at the University of Bristol found that while Pakistani leaders have used cricket matches on two occasions to force high-level meetings, India, by contrast, has used cricket as a form of diplomatic sanction – arguing that cricket cannot be played while Pakistan supports the insurgency in Kashmir.

Now it looks like Shah is again using cricket to punish Pakistan.

Varun Sahni, a researcher who writes on nuclear deterrence issues, noted that India has often “securitized” cricket by not allowing bilateral matches. After the hijacking of an Indian Airlines flight in December 1999 to the Afghan city of Kandahar, India canceled its proposed tour to Pakistan and withdrew from the Asian Test Championship.

Further, while the Indian team boasts geographical diversity by including players from all over the country, a look at the background of cricketers will show that it has accommodated very few lower-caste Hindus.

Indian’s Minister of State for Social Justice Ramdas Athawale, whose party represents the lower caste community known as Dalits, suggested that like the South African team selection process, there should be a quota system in the Indian team too.

He even demanded the establishment of a special academy and reservation in state-level games. For comparison, the South African team has a fixed share of white and non-white players. This decision was taken in the 1990s as a reform measure to end the racist system and empower nonwhites and Blacks.

Interestingly, in India, the game of cricket perfectly suits the upper caste Brahmin customs as, unlike other games, in cricket, players need not directly touch each other.

In one of his works, historian Ramchandra Guha recorded that several Dalit players were part of cricket when the game was first introduced in South Asia. But gradually they were ignored and excluded as the corporates started owning the game.

The first important cricketer and famous bowler of undivided India, Palwanker Baloo, was a Dalit and belonged to the Chamars – a community that is traditionally into leatherworks. Baloo used to work in the city’s Gymkhana club in India’s commercial hub Bombay (Mumbai), where his talent was recognized by the British officers and they took him on the team.

Although he blended with other players on the field, he could not enter the dressing room or share meals with others. He was given tea in a separate pot, and he drank from a cup that he brought from home. His caste came in the way even though he was a deserving captain. Saying goodbye to the game, he said he was being defamed due to his caste and was not judged by his ability in cricket.

Journalist Rohinee Singh writes that corporatization and hyper-nationalism have killed the spirit of the popular game in India. In Pakistan, it has not yet been corporatized.

She says she believes that increasingly players are no longer judged by their talent, but by their looks, fan following, and command of the English language. Further, the domestic leagues, which make budding young players rich overnight, have not helped the game in the longer run.

Agreeing with the view, noted sports commentator Chander Shekhar Luthra said the domestic leagues have made players an industry, which leaves little time for them to attend the game.

With domestic leagues, each player is an industry in himself worth billions. From brand endorsements to betting, cricket teams and players are into everything. “There is hardly any cricket left in the game,” he said. 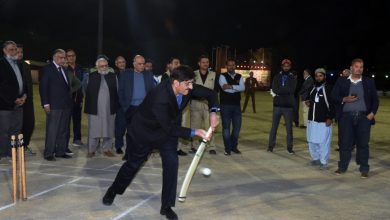 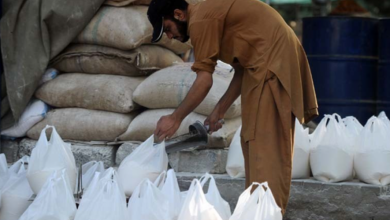 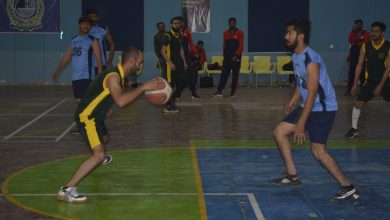