What goes into the demise of a city? How does a place once known as a banking capital with lush gardens become a place that is valued by only those who live there?

Shikarpur is a city in the Sindh area of Pakistan that I have mentioned in earlier posts. It has figured prominently into my past; a place where best friends and favorite families lived and a place that was home for me during my high school years. It is also the place where I was based for flood relief in October a year ago (2010).

While growing up, periodically someone would talk about the days when Shikarpur was a beautiful city with gardens, roses, and large homes gracing the streets. It was a banking city, a financial capital strategically located because of its accessibility from Central Asia and West Asia. History points to this being a city with culture, trade, architecture, and green space. Shikarpur was described as the capital of “merchants, money changers, and bankers.”

When Pakistan gained independence from India and established itself as a separate Muslim nation, hundreds of thousands of Hindus were displaced and journeyed to India to begin a new life. Just as Hindus left, Muslims entered and Shikarpur continued to grow. I don’t know when Shikarpur began to lose its beauty and former glory. Part of the change came with partition and strained relations with India, but well before that time of transition and war, the city was not what it had been in the 1800’s. A time where horse-drawn Victorian carriages carried the wealthy to the Shahi Bagh gardens complete with a zoo that had cheetahs, lions and wild boar.

This was a Shikarpur I never knew. While walking through the bazaar, if you look up, you can see faint glimpses of the former glory in old, beautifully crafted windows. Then as your eyes shift and take in the surroundings at eye level, they will see tremendous poverty, crumbling buildings, trash and general disarray. When I reflect on Shikarpur I am saddened for what used to be a place of beauty – a place where gardens and lawns were valued and developed for people to enjoy.

What goes into the demise of a city? How does a place once known as a banking capital with lush gardens become a place that is valued by only those who live there? History is full of descriptions of cities that once were places where life was happening at economic and social levels, cities known for their beauty and culture. Now they are crumbled ruins, their value in what was, not what now is.

Even as the former glory has faded, there is hope and beauty in Shikarpur. One place where this hope is personified is in a small group of people who work in the Shikarpur Christian Hospital. Pakistanis from various ethnic groups, Americans, Canadians and at any given time various other nationalities, work side by side to provide care to women and children in the region. Though worthy, this hospital will never be highlighted in a news story but day after day the doors open to people who would otherwise have no care. Perhaps it seems but a small glimmer of hope compared to the renowned city that once was, but walk through the bazaar in Pakistan and women, anonymous in their burqas, will walk up to anyone who looks foreign and say “Are you from the Christian hospital? That hospital saved my life!” or “When will the hospital be opening to deliver babies again? You have to open! You are the only place that cares”.

While the glory days of Shikarpur would have been a delight to experience, this hospital and the work that is accomplished through the hospital are far greater in the economy of eternity. So despite dusty roads and an infrastructure that belongs more in the early 19th century than the 21st, there is hope. It is a hope often operated by a generator because of frequent power outages, but it shines brightly nonetheless, between a mosque and a Hindu temple off a dusty street full of ox carts, rickshaws and motor vehicles, in Shikarpur.

After this blog was published on Communicating Across Boundaries Blog.on December 16, 2011, not only some of blogger’s dear ones but a few readers from Sindhi community also posted their comments, which are being reproduced here:

“Thank you, Marilyn, for writing about Shikarpur. As you know, we lived twelve happy years there. Among other things, Shikarpur was known all over Pakistan for its hot mango chutney and pickles. And there was a brass cottage industry there. We brought back a heavy brass lock and key with the Shikarpur imprint. I wonder if the old serai (caravansary) still exists on the edge of town. Before the British arrived there was no Quetta or Jacobabad, so the next stop on the caravan route was Kandhar. When we visited Kandahar we were pleasantly surprised to enter the city through the Shikarpur Gate!

I am so glad you commented on this. Yes – Shikarpur was and will always in my mind be Home to the Addletons! When I was there last year it was such a delight going to your home for the church service. I remembered Bettie’s touch like it was yesterday. The wicker and the big plants on the verandah, the floor to ceiling curtains in the living room. So many happy hours spent there. I didn’t know that there was a brass cottage industry but did know that we would occasionally find real treasures in the bazaar that, once polished, were gorgeous works of art!. Thanks for the additional information – I think I will use it on another post.

The city was also famous for hunting, thus the Shikar in Shikarpur. Hunters came from far and wide for the exotic wild life, birds, water fowl, etc. Those glory days are gone forever. As bleak as the picture might look, there is hope. Someone has said, “As long as there is life, there is hope.” This blog created a yearning to return to the life, with all its imperfections, that we loved in Shikarpur. Life and hope survive in Shikarpur. If I could, I would go there in a minute!

Oh, and thanks for mentioning my book. There has been renewed interest and perhaps with this plug, more interest will follow. You are a jewel!

I would love to go with you Bettie! And yes – Life and Hope survive there. I want to use both your comment and Hu’s to write an additional post! What an interesting place Shikarpur was….and is!

It is sad to read this though there is the message of hope about the hospital. Hindus from Shikarpur are living all over India and they are doing very well. Most of them are financial successes. it is sad to read about the state of the place they originated from. i always feel bad about the Hindu Sindhis in India for they are a people forcefully torn from their land for the sake of politics that they probably neither understood nor gained from. Today they are well off and thriving in India and have made their presence felt in a number of ways, but i can’t help thinking that despite it all the Shikarpuris and all the other Sindhis as well, yearn for their mitti ki khushbu (the fragrance of their own Earth which is probably never far from their hearts.

Oh I love the phrase! I hadn’t remembered it until you put it here – and of course the famous Shikarpur kulfi must be greatly missed.

As far as people forcefully removed – resettlement and adjustment takes much longer when a group is forced from their home and country then when immigrants make a conscious decision to leave for a place.(which of course makes complete sense) I love seeing the glimpses in Shikarpur, that speak of past of amazing stories. So glad you sent this on to your friend.

Please if you can throw some more light on Shikarpur, Sindh. I am a Shikapuri Hindu Sindhi now settled in Coimbatore, India. My father, who was 8 years old and my mother who was 3 years old at the time of partition in 1947 were born in this Christian Hospital.

My father who expired 15 years ago would always narrate to us the good old days he spent in Shikarpur and t cruel destiny which caused this separation from his native motherland.

I am very eager to know more about this City and its present status.

I heard a lot about Shikarpur from the elders who had migrated to the Indian side of the Sub-continent after the partition. It was on my 4th birthday that our beloved country was, unfortunately, divided. I do have some memories of my ancestral house in Lakhidar area, which l would love visit, if given the chance. The local population at that time never reconciled to their Hindu brethren leaving their beloved Shikarpur or with sharing space with outsiders.

In another blog, Marilyn quotes a paragraph about Shikarpur from Bettie Addleton’s book ‘The Day the Chicken Cackled: Reflections on a Life in Pakistan’.

“Improbably, this single event marked the beginning of a wide network of friendships with Muslim women living in Shikarpur. Their generosity provided a window into a world that I otherwise would never have experienced. Indeed, the young woman …who sent me the note became the closest friend I ever had in Pakistan. She also became a willing and trusted source of information for the many questions I had about customs and traditions of our corner in Upper Sindh.”

The Blogger Marilyn Gardner, a public health nurse and writer who lived between worlds, but mostly in Boston, was raised in Pakistan and went on to raise her children in Pakistan and in Egypt. She began writing in 2011 after participating in a humanitarian aid trip to Pakistan. Revisiting her childhood home and working in relief effort awakened a long dormant desire to communicate what it was to live between worlds. “My writing and speaking come from a place of knowing what it means to live between. I have participated in humanitarian relief trips to Pakistan, Iraq, Jordan, and Lebanon. In 2018, my husband and I moved to Northern Iraq where we lived in a small city and taught at a public university. This experience gifted me with a love for the people and place of Kurdistan,” she tells about her life.

‘Communicating Across Boundaries’ is a blog about communicating across faith and cultural boundaries. Topics include everything from thoughts on culture, third culture kids, faith, and communicating cross culturally.

Marilyn, who is also the author of book ‘Passages through Pakistan: An American Girl’s Journey of Faith’, says, “I had grown up in Pakistan, was nurtured on her soil, took my first steps and said my first words there. Pakistan was a land that knew me before I had a recollection of ‘being;’ before I knew I was human.”

At the River Mouth – Poetry from China

Cricket: Shahnawaz Dahani must be given equal opportunities 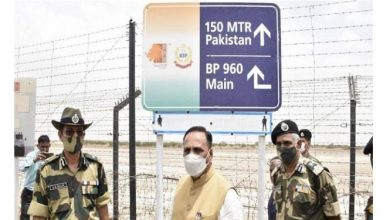 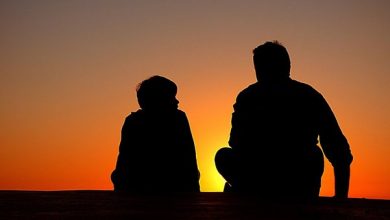