Ray was always inclined towards commercial art which was not taught as a separate discipline at Santiniketan, yet he joined Kala Bhavan in 1940, primarily due to his mother’s insistence.

Seventy eight years ago…Satyajit Ray entered the world of advertisement as a junior visualizer, at the Calcutta office of DJ Keymer. This Company was one of the most respected advertising multinationals in the country at that time. In fact, it was a rather fortuitous appointment as he was recommended to DK Gupta, Keymar’s influential assistant manager, by someone in his family.

In order to join the agency, he actually cut short his stint as a student of fine arts at Kala Bhavan Santiniketan. Ray was always inclined towards commercial art which was not taught as a separate discipline at Santiniketan, yet he joined Kala Bhavan in 1940, primarily due to his mother’s insistence. 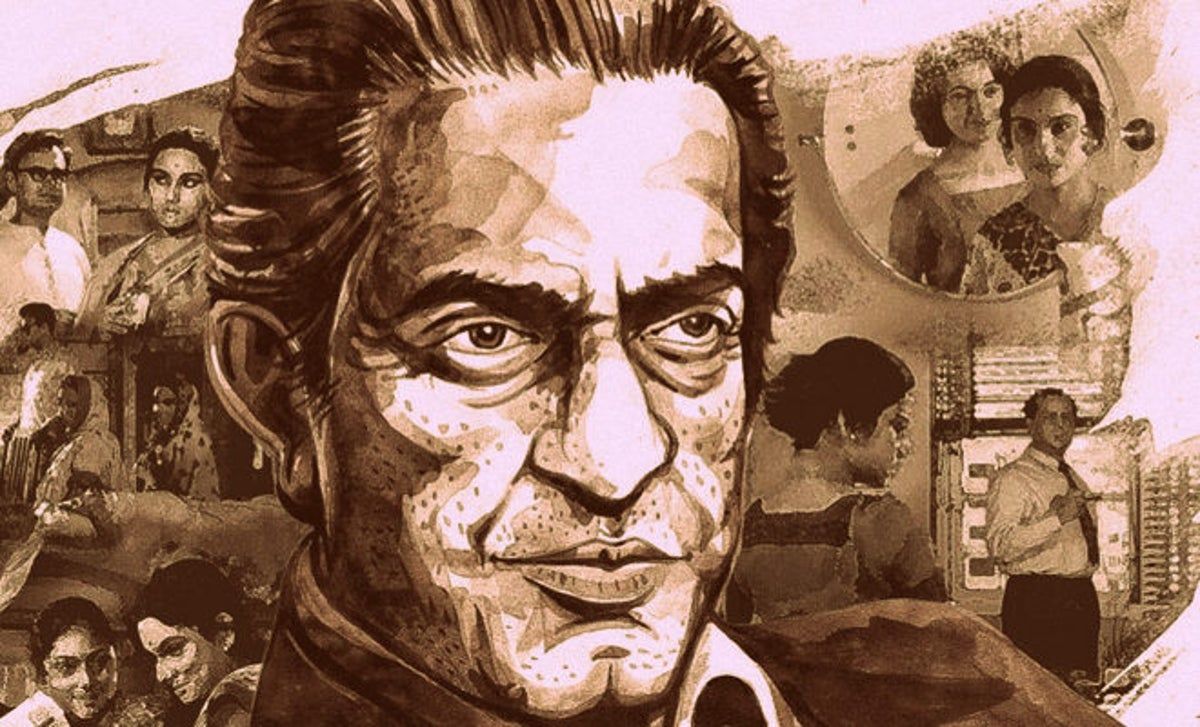 Although he left mid-way without completing the course, important changes took place in Ray’s life at Santiniketan which would virtually shape his aesthetic outlook in future. First of all, he got acquainted with the finer nuances of art, particularly oriental art under the tutelage of masters like Nandalal Bose and Benode Behari Mukherjee.

His intensive training in figurative drawings and calligraphy under their supervision would later come in handy as he evolved as a graphic designer and illustrator. As a student, he also undertook field trips to Ajanta-Ellora caves, Elephanta caves, Sanchi stupa, the Sun temple at Konark and the temples at Khajuraho in order to absorb and assimilate the best of classical Indian art with his modernist outlook.

Moreover, at Santiniketan he became close friends with his fellow students — Prithwish Neogy, Dinkar Kaushik and Na Muthuswamy. The long discussions they had about various art movements across the world virtually opened a new window before him. As Ray himself tells us, Neogy literally taught him how to ‘look’ at a picture. 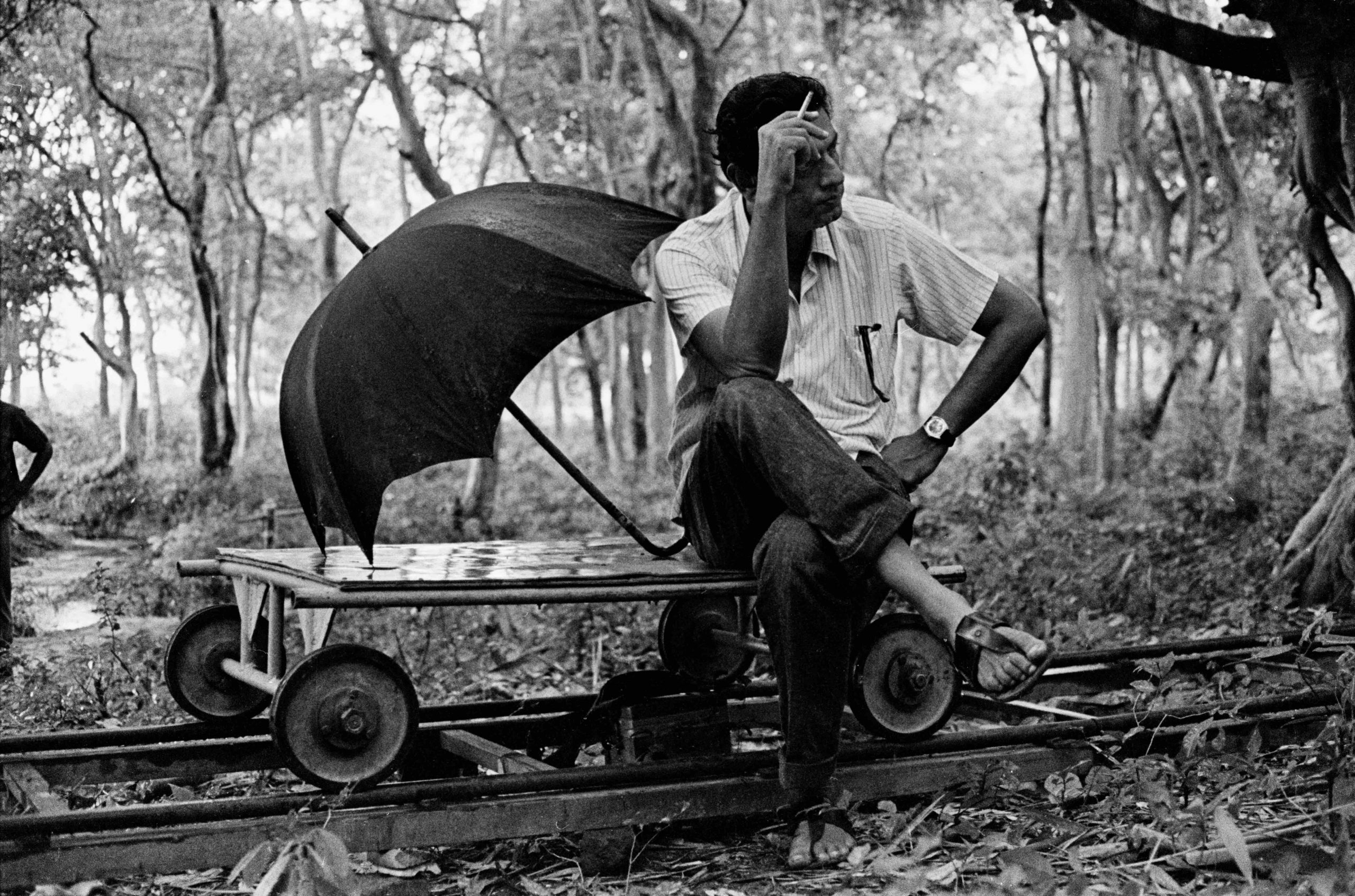 When Ray joined Keymer, the agency was going through a purple patch, handling accounts of major brands like Philips, Liptons, Dunlop, CK Sen, Tea Board, Burmah Shell, ICI, ITC, Atlantis East, Bata, Martin Burn Group and others. The art director was Annada Munshi, considered a maverick in advertising circles. It was he who mentored young and talented artists like Satyajit Ray, OC Ganguly and Makhan Dutta Gupta who joined the agency around the same time.

Under his supervision, Ray picked up the technical intricacies of layout and production design. This skill was essential in the pre-digital era as every artwork had to be done by hand, judged by the eye, and measured to scale.

Gradually Ray gained steady recognition in the ad world and in 1950 he became the art director of the agency. The same year Ray was sent to London and Europe at the behest of his employers to gain further global exposure. The trip which he undertook along with his wife Bijoya turned out to be a turning point in his career. 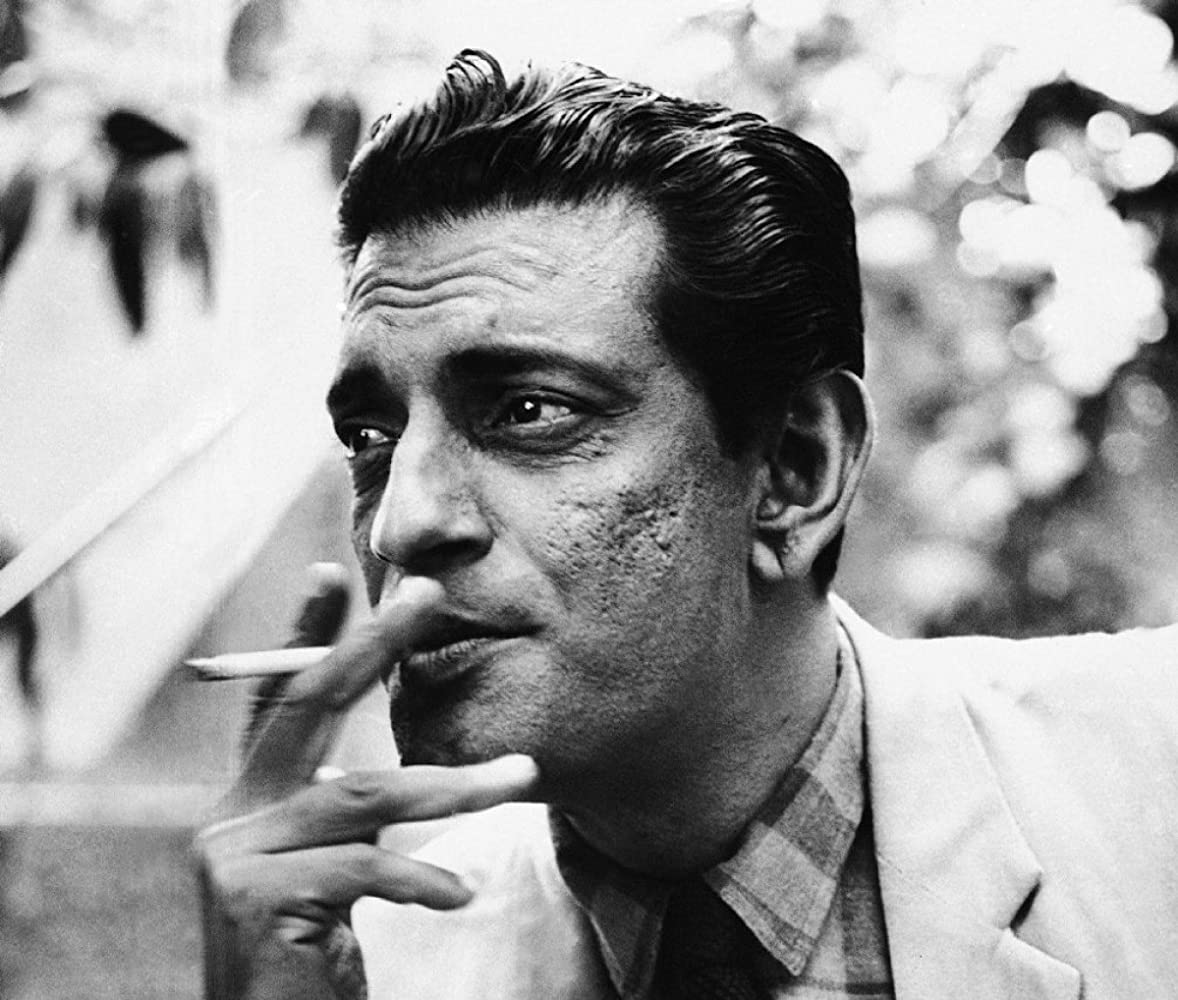 He soaked in the culture of the British capital and began to binge-watch a lot of films — “in four and a half months, I saw ninety-nine films” as Ray confessed to his biographer Marie Seaton. It was here that he stumbled upon Vittorio de Sica’s neo-realist masterpiece The Bicycle Thieves which made a deep impression and helped him choose filmmaking as his vocation in life.

It is to be noted that although the world of British-owned DJ Keymer was relatively informal yet there were some instances of subliminal tension among the British managers and the Indian employees regarding the difference in pay. Ray, however, concentrated more on the creative aspect of his work and maintained a dignified relationship with the English or Scottish managers. He even drew a portrait of one of them — JBR Nicholson, with whom he developed a close bond.

It is difficult to ascertain Ray’s contribution to the Indian advertising scene. One of the reasons is because it is difficult to determine the ownership of every advertisement published during that time which was designed by the creative team at DJ Keymer. Unlike paintings or book covers, ads don’t come with signatures of the creator.

Moreover, a lot of it is teamwork with every person contributing to the completion of the final artwork. Some of the iconic works created at DJ Keymer still remain stuff of advertising legend.

Annada Munshi was a pioneer who led the way as he wove a distinctive Indian flavour into the advertising scenario which was earlier dominated by western motifs and figures. His brilliant poster for ITMEB in 1947 presents a chaste, sari-clad ‘mother India’, seated behind the iconic Gandhian charkha, enjoying a cup of tea, against a field of little cups-saucers and wheels, and above the triumphant announcement that tea is now 100 percent indigenous (‘swadeshi’) and hence okay to drink.

Ray followed in his mentor’s footsteps, recreating everyday details using Indian motifs from past and present, while emphatically rejecting the imitative borrowings from mythological references that he disliked in Oriental Art. He also brought to his work a fascination with typography, both Bengali and English, which he shared with his father and grandfather. 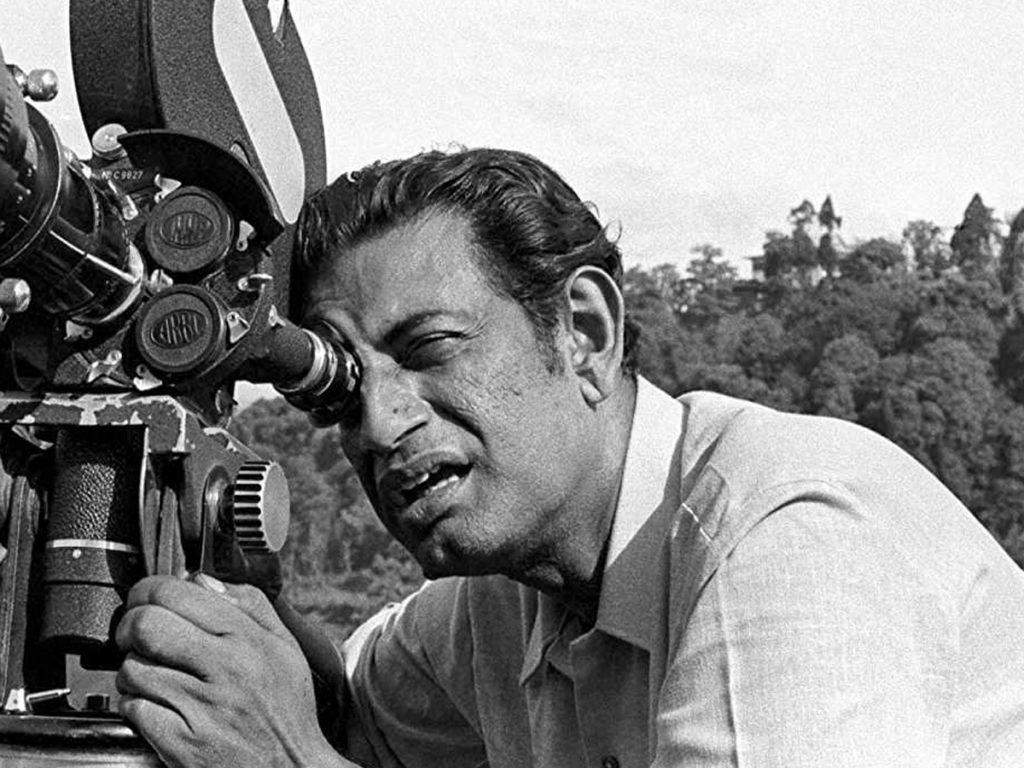 Moreover, he is often credited for introducing more calligraphic elements than before in advertising imagery which accentuated the playful use of words and catchphrases. He worked in DJ Keymer from 1943 to 1956. Soon after he left the company, the agency closed down and became Clarion in Calcutta and Ogilvy, Benson and Mather (OBM) in Bombay.

It is a tough task to select only five of the numerous advertisements he created but a close reading of those gives a rare insight into the mind of a man trying to balance commercial demands with his fine aesthetic sensibilities.

In 1949, a series of three advertisements were sanctioned by the company ICI to promote the anti-malaria pill Paludrine with the catchline “Sunday is Paludrine day”. For those advertisements, Ray meticulously recreated busy domestic scenarios of three typical households on a Sunday morning — each distinctive in their depiction of class and mood.

The amount of background detailing in each illustration to build up the ambience shows a keen observant mind at work. Moreover, the gestures of each character jostling for attention (and having Paludrine) within a busy frame has a rare cinematic quality about them. The packed layout imitates the ‘spot-the-difference’ worksheets that were a staple of British magazines in the 1940s. Later he created similar layouts for Sandesh magazine where readers are encouraged to notice the subtle difference in two comparable illustrations.

One of his sketches for an ad for Chelsea cigarette tells a story in four panels wherein a cricketer is unable to bowl well until after lunchtime when he smokes Chelsea cigarette and succeeds in taking wickets! Another one depicts a scene from the racecourse where a dejected punter is rejuvenated after having Chelsea cigarettes only to win a “double”.

These adverts are so foreign in look (obviously to cater to a niche target audience), that if not known, few would be able to make out the fact that it is created in India. Here Ray imitates the fluid brushstroke style of James Whitfield Taylor who was a rage in Britain during this time for his cartoons in Punch magazine.

In another copy-dominated advertisement of Chelsea where Ray plays on the equation q (quality) + p (Price) = c (Chelsea cheers you up), he uses a didone or modern font which looks like a variation of Bodoni. The aesthetic ideology related to the typeface makes it an apt choice as it combines a modern symmetrical look with elegant and thinner strokes.

One of the strongest works created by Ray is the advertisement celebrating 75 years of CK Sen and Co Ltd. Two circular seal-like shapes flank the rectangular spreadsheet with the headline and copy forming the spine down the middle. The metaphorical illustrations of the end-user (a classical Indian lady looking at the mirror) and the producer (a man preparing a traditional herbal concoction) fits the brand image that Chandra Kanta Sen (CK Sen) wanted to create for his family’s traditional Ayurvedic products. Their most valuable product was Jabakusum oil, the first hair oil to publish an advertisement in Bengal Gazette. It was marketed as “The Royal Toilette” and ‘By the appointment to the Princess of India.’