In its most recent monetary policy statement, the State Bank of Pakistan raised its concerns as well, warning that while “core inflation has been relatively stable,” food inflation remains a risk.

At the Heart of Asia Conference at Amritsar in December 2016, Pakistan’s Advisor on Foreign Affairs Sartaj Aziz had to eat crow after he offered a $500 million grant to Afghanistan. The conference had taken place just a month after Prime Minister Modi decided to boycott the 19th SAARC summit which was scheduled in Islamabad. Amid cheers, Afghanistan President Ashraf Gani told Aziz to keep the 500 million dollars and use it to contain extremism in their own country. I don’t know what happened to this grant thereafter. But the economic potential of all South Asian nation has indeed taken a break, due to the obstinacy of Pakistan supporting terrorism and violence in its neighboring countries. It has also harmed the country domestically.

Recently Pakistan government presented the country’s deficit budget of Rs.8400 billion in the National Assembly. This is the third budget presented by Prime Minister Imran Khan’s government since he assumed office in August 2018.

According to the Economic Survey, the performance of the agricultural sector this year was 2.7 per cent as against 3.3% last year. The decline in the agricultural sector has led to a record decline in cotton production, the country’s main crop, which will fall by 22% to 7 million bales in the current fiscal year. Its production in the last financial year was more than 9 million bales. Cotton is the country’s main textile export major raw material. According to the Economic Survey, the area under cotton cultivation has also declined in the financial year under review.

The survey, which provides foreign trade data for the first ten months of this financial year, shows that the country’s trade deficit has increased by more than 21% in those ten months. During the period under review, the country’s exports increased by 6.5 per cent, but the sharp rise in imports wiped out the benefits of the increase in exports. It may be recalled that Pakistan had set a total import target of 42 billion this year, but in ten months, the country’s imports exceeded this target, leading to a widening trade deficit.

According to Uzair Younus a senior fellow at The Atlantic Council, Pakistan’s economy used to be in good shape at the turn of the century, when compared with India, Bangladesh, and Vietnam. Twenty years later, it is at the bottom of the group. Political upheaval, supporting terrorism in Afghanistan and India, and the inability of successive governments to carry out reforms are to blame for this decline. The polarized political environment and elite intrigue among civilian, judicial, and military institutions have made sustainable economic growth and reforms that much more unlikely.

When Pakistani Prime Minister Imran Khan entered office in August 2018, Pakistan’s economy was facing twin deficits—the country’s foreign exchange reserve was running low and its fiscal deficit had reached the breaking point. A return to the International Monetary Fund (IMF), along with bilateral support from countries like China and Saudi Arabia, was necessary to stabilize the economy.

Within a few months of coming to power, Khan, a charismatic populist who had derided Pakistan’s addiction to debt, famously saying that he would rather commit suicide than beg for money, had to reverse course and seek international help.

The economic upheaval in those early months of Khan’s government led to declining economic growth, devaluation of the currency, double-digit inflation, and sky-high interest rates. The government’s initial attempts to fend off an IMF bailout did not help. Asad Umar resigned from the job of finance minister in April 2019 after losing Khan’s trust. His replacement, the technocrat Abdul Hafeez Sheikh, who also served as finance minister in the Pakistan People’s Party (PPP)-led government from 2010 to 2013, was brought in to negotiate and execute the IMF bailout.

Less than a year later, the COVID-19 pandemic dealt a body blow to Pakistan’s economy. Lockdowns in response to the health crisis turned economic growth negative, a first in decades. The Khan government sought debt relief and secured an additional $1.3 billion from the IMF. The government rolled out an Rs. 1.2 trillion stimulus package. Cash transfer programs were expanded to protect the most vulnerable segments of society. While a significant portion of the total stimulus included already-budgeted spending and more than Rs.500 billion remained unutilized, the government’s prompt response eased the pain, particularly for the most vulnerable. Additionally, the State Bank of Pakistan sharply cut interest rates and provided monetary stimulus to businesses.

Inflation is still the biggest issue facing the government today. Headline inflation climbed to 9 per cent in September 2020 and double-digit food inflation continues to erode citizens’ purchasing power. This has worsened the situation for millions of households who have seen a decline in their purchasing power since 2016, according to data from the Pakistan Bureau of Statistics. In its most recent monetary policy statement, the State Bank of Pakistan raised its concerns as well, warning that while “core inflation has been relatively stable,” food inflation remains a risk, “especially in the wake of recent flood-related damages and potential locust attacks.” With households spending a larger share of their incomes on food—an emerging wheat crisis is compounding problems—consumption spending on other items will remain subdued, leading to a lack of economic growth in a country where consumer spending drives more than 80 per cent of the economy.

NO STRANGER TO THE BALANCE OF PAYMENT CRISES

While external sector stability is critical for a country like Pakistan, which is no stranger to balance of payments crises, the fact remains that sustainable growth requires more than a stable current account balance. The State Bank of Pakistan is also warning that “the economic recovery remains uneven” and that “growth will recover to slightly over 2 per cent” in the current fiscal year. For a country that needs to generate more than 1.3 million jobs a year, an economy that grows at 2 per cent a year is no cause for celebration.

Another major issue that continues to plague Pakistan is its yawning fiscal deficit. Despite an uptick in economic activity, tax collection in the first two months of this fiscal year has shown a meagre growth of 1.8 per cent.

Due to increasing polarization, Pakistan’s economy has remained hamstrung by the same issues that led to the crisis Khan inherited in 2018. There is broad consensus among economic experts that these reforms need to be pushed through with urgency. However, both civilian and military rulers have failed to usher them in. Successive governments in Pakistan have spent the majority of their term trying to consolidate power, which means that they do not have the will to shake things up. Leaders fear that if they try to change the status quo, then the beneficiaries of the existing rent-seeking economy, both within and outside the government, will weaken their hold on power.

As Mosharraf Zaidi argued in a recent article, political leaders in Pakistan “do not have the will or capability to change even the little things to solve the little problems.”

In 2017, China poured billions of dollars into energy and infrastructure investments into Pakistan and the World Bank praised Islamabad for accelerating gross domestic product growth, which exceeded 5 per cent that fiscal year — the highest in nearly a decade. But after the country’s top court sacked the business-savvy Prime Minister Nawaz Sharif in July of that same year, Pakistan’s military publicly criticized his administration, led by his Pakistan Muslim League Nawaz (PML-N) party, for its handling of the economy.

Government and international statistics show poverty among Pakistan’s rapidly expanding estimated 220 million population is on the rise. International lenders expect poverty to rise to more than 40 per cent from 24 per cent in 2015, and the country could be home to as many as 80 million poor compared to some 55 million in 2015. Ali Malik, a financial adviser and writer in the eastern city of Lahore, says that while the current government’s initial indecision contributed to “stagflation” marked by no growth and rising inflation, his country’s economic troubles are much deeper and need to be analyzed without partisan bias.

Pakistan’s high defence spending, which goes well over the global average of 2 per cent of GDP, comprises some 20 per cent of overall government expenditure and constantly overshadows the economy. Despite the onset of the COVID pandemic last year, Islamabad increased its defence budget 11 per cent to $7.85 billion compared to a paltry $151 million for health care.

This leaves limited space for the government to use fiscal resources on the development. In March, Bangladesh celebrated 50 years of independence from Pakistan. Dhaka was once Islamabad’s impoverished eastern half. But today it is well ahead of Pakistan in key economic indicators. Its $1,855 GDP per capita in 2019 was a third more than Pakistan’s $1,284 as the two countries follow vastly different trajectories of growth and human development.

Pakistani leaders need to take some time out to think about how even Bangladesh and Sri Lanka have stolen a march and performed on the economic front, while their country has gone into the abyss. Friendly relation with India and Afghanistan, abandoning the policy of exporting terrorism are perfect recipes to make Pakistan once again an economic hub in the region, keeping in view its connectivity and potential.

Inflation is still the biggest issue facing the government today. Headline inflation climbed to 9 per cent in September 2020 and double-digit food inflation continues to erode citizens’ purchasing power. This has worsened the situation for millions of households who have seen a decline in their purchasing power since 2016, according to data from the Pakistan Bureau of Statistics. In its most recent monetary policy statement, the State Bank of Pakistan raised its concerns as well, warning that while “core inflation has been relatively stable,” food inflation remains a risk.

How does ‘trickle down’ feel? 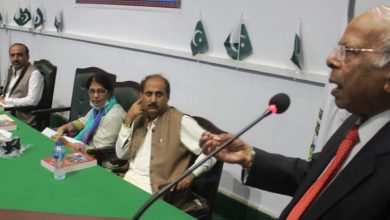 Restoring economic and business links between cities and villages urged 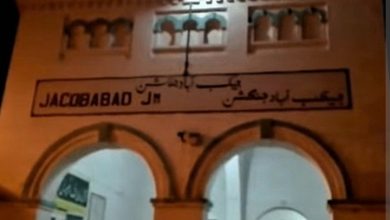 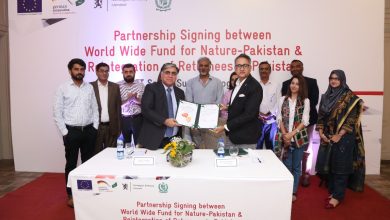 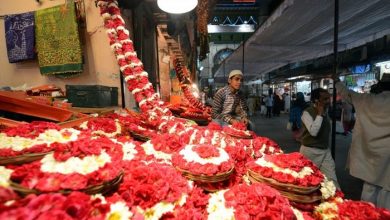