‘The Lilt of The Rebel’, a collection of poems by Obari Gomba, a professor of English at the University of Port Harcourt, Rivers State, has won the 2022 Pan African Writers Association (PAWA) poetry prize. The Lilt of the Rebel was announced as the winner in a virtual ceremony on March 3, 2022, with Gomba, the winning poet, going home with $2,000 prize.

In the Arabic category, Abdul Monem Ramadan (Egypt) with his collection, ‘Wandering in the Wilderness’ and Mohamed Naquib Mohamed Ali (Sudan) with his collection ‘The Call of the Wings’ emerged joint winners. The category had Ashraf Aboul-Yazid (Egypt) and Fatima Bouhraka (Morocco) as judges. Other contenders were Miftah Al–Amari (People of the Wind) and Nosaiba Atta Allah (Waiting for Godot). 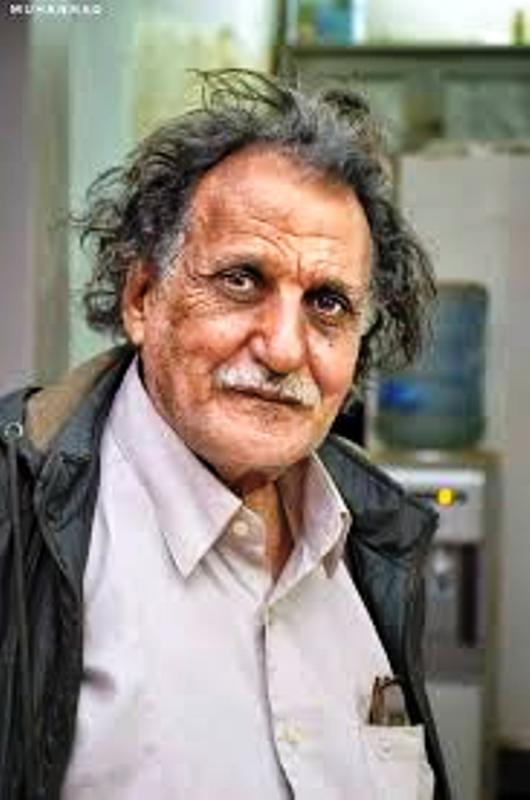 The Keynote Speech was given by Ms. Angela Martins, Head of the Culture Division, AU Commission, Addis Ababa, Ethiopia. After saluting PAWA for their cooperation and supporting of the soft power represented by the writers, especially in this difficult period during the period of the Covid epidemic, she confirmed the cultural goal of “One Africa”.

She also announced that a pan-African conference will be organized before the end of 2022. A similar conference was held in Ghana three years ago. She expressed her welcome of the Kiswahili language in the African poetry contest. The guest of honor said that their mission is to get the women’s right to equality and support Creative African Identity and Heritage Preservation. Concluding, she said that culture is a spearhead in the scene of the African Union, a principle that has been adopted since 2006, with a focus in the future on the economics of creativity and its development, and thanks to all the arbitrators.

The winners were announced by judges: Ashraf Aboul-Yazid for Arabic, Madam Ketline Adodo for French, Dr. Hamisi Babusa for KiSwahili, and Madam Maureen Isaacson for English. The ceremony ended by vote of thanks by Mr Louis Mensah (PAWA’s Accountant) and closing remarks by Mr. John Rusimbi (PAWA President).

PAWA English Poetry Winner announcement was made by Maureen Isaacson of South Africa.

Maureen Isaacson said the collections had the recurrence of several themes, germane to the experience of the Continent’s exploitation, from without and within, extending from to colonialism to the corruption and venality of present rulers. As well as dealing with the ghosts of wars that continue to haunt the present and their antithesis, natural beauty, and love, in all its manifestations, one theme speaks directly to our task as judges. This is the vocation of writing poetry whose very life lies in the perceptions of readers, who are too often cruel, often blind.

Criteria nonetheless apply and include a combination of language, rhythm, imagery, an element of surprise; the clarity and coherence with which these convey the poet’s message and their impact. “My batch of collections included poets who conjured, among others, Christopher Okgibo, Langston Hughes, and Amiri Baraka, Dambudzo Marachera and a host of martyred leaders. A young, poet from Nigerian, labelled a “digital wanderer” whose work aims to fuse the gods of the Yoruba pantheon with history and tech points to a possible future poetics.”

“Our journey began in December 2021, when we five judges on the panel received our share of a pile of 106 entries, chosen at random by the PAWA team. We were asked to select three collections from that pile. Thus, a long list of 15 books was announced on 31 January 2022.”

The judges were asked to choose the best of our three chosen collections for the Shortlist by 15 February 2022. We now had a shortlist of five compelling poetry collections which include: Echezonachukwu Nduka’s Chrysanthemum for Wide-eyed Ghosts; Tanure Ojaida’s A Poetic Diary Of The Coronavirus Epidemic, Servio Gbadamosi’s Where The Light Enters You, Olumide Olaniyan’s Akimbo In Limbo and Obari Gomba’s The Lilt of the Rebel.

The judges were asked to score each of these collections, out of 20 marks, so that a final winner could be chosen by February 28. In the interests of transparency, we received an excel sheet with these scores ahead of the online award ceremony on 3 March.

In many diverse ways, the poetry collections depict a brokenness that is the consequence of racism and despair, the suffering of the heart, the search for inclusivity and healing, and the search for sense amid chaos.

The winner we chose is Obari Gomba whose lyrical, angry, often surprising collection The Lilt of the Rebel, talks of the vital need for resistance. “I live with the Englishing of my thoughts. And when people say my language is broken, I laugh because English is always broken. It is broken German and broken Latin and a blatant theft of all things broken.” Elsewhere in his collection, this gifted poet asks why we are uneasy when he talks about “the evils that rip out our hearts and lungs”. His poetry speaks directly to our hearts.

The PAWA French Poetry Winner announcement was made by Ketline Adodo who said, “The Poetry Award Ceremony organized by the Pan African Writers Association gives us this pleasurable occasion and a beautiful pretext to find ourselves in a poetic bubble, for a moment of dream, in these times when the world environment is fraught with danger and when the sky threatens to fall.”

“It is precisely in these difficult times when insecurity and uncertainty seem to prevail that poetry opens a luminous pathway for us to go through adversity with confidence and complete freedom.

Poetry is above all a cry of resistance and a song of hope to express confidence in the Beauty of life and in the Goodness of Man in all circumstances.

Poetry invites us to take the time to live fully and intensely every moment of life, to immerse the realities of our finitude in a luminous bath of eternity. The time to write and to write beautifully.  As did the numerous poets who participated in the 2022 PAWA poetry competition.”

The selection process began with the allocation of fifteen books to each of the three judges.

Each judge had to make an initial selection of five books in view of establishing a long list of fifteen preselected books. In a second step, each judge had to choose the two best books according to his heart to end up with a short list of six books.

Thirdly, the judges had to score the six best authors in order to determine the winner, based on a number of criteria including: poetic innovation, crafting and use of the poetic language, originality of the choice and treatment of themes, values of humanity and solidarity.

The winner of the 2022 PAWA Poetry competition in the French language category is Sékou Cherif Haidara for his book Cahier de vertiges published by Editions Yigui in 2021.

“Poetry books that mark have no age or sex. It came as a surprise that the author of the book Cahier de vertiges, Mr. Sekou Cherif Haidara who demonstrates such mastery of language and poetic art, is a young student from the University of Sonfonia in Guinea. Without any complex, he already poses as a master and dedicates his work to the young writers of his country Guinea, which was in 2017 declared a UNESCO World Book Capital City.”

“However, the construction of Haidara’s writing, the diverting and turning around of words and the constellation of surprising and fascinating images could inspire young and not-so-young poets from any other African countries.”

“In poetry, as you know, there is form and content. There is above all the Breath of the Verb which arises from the conjunction and the interaction between the two. Without this almost divine breath, the poetic fire does not take.”

“Sekou Cherif Haidara has won his bet to “conquer the poem”.

The PAWA Arabic Poetry Winners announcement was made by Ashraf Aboul-Yazid of Egypt who said in his remarks that ‘Poetry does not begin in a vacuum. It is not based on emptiness, and does not go into nothingness. Poetry is a world with its geography and history, just as it has its past, present and future.’

“Rather, the poet’s role is based on living in those spaces for poetry, a day or   a part of the day, and taking us with him to live his moments in that rich and exciting world.”

He thanked all the poets who participated, with more than 80 books that took him to the worlds of imagination, from the East to the West, along the orbit of the Arabic alphabet.

“My question while I was reading was not about generations, nor about countries, nor about form. Poetry is transient to all of this, so among the names I nominated in the short list of 15 poets; there were poets and poetesses among young and old, in more than ten countries, some of them write traditional vertical poetry, and others choose the pattern lines of verse, while the rest directed their faces   towards free verse, or prose verse.”

“I was searching in the poem, for the essence of poetry. I perhaps I lived similar experience months ago when I was chosen a jury member at the Kazan International Film Festival. I found myself with a film for up to two hours to write an evaluation so that we could choose the winners.”

This is how I did, and I dealt with books in the same way, asking myself and my taste after reading the work of each contestant: Did the book take me to its world? Did imagination work succeed doing that? Did its language successfully complete the task?”

And I saw that these names did this successfully: Abdel Moneim Ramadan (Wandering in the Wilderness), Huda Hussein (From a Balcony Parallel to the Train), Fares Kbeish (No One Leaves His Shadow in the Desert),

Hamid Bakhit (Secrets of Exit), and Mahmoud Al-Absi (The Sweat of the Heart). , Miftah Al-Amari (Sticks Game for the Residents of the Wind), Nuseiba Atta Allah (Waiting for Godot), Youssef Al-Azraq (Kept in a cool place), Abdul Qadir Mahdawi (Autumn Al Violins), Ahmed Anis (From the Grandparents’ Balcony), Muhammad Ismail (CactusesAlphabet), Bakhti Dhaif Allah (ًhat the butterfly did not say), Radwan Al-Ajroudi (Happiness disappears in the mirror), Rafiq Jalloul (An apple that did not fall on a Bedouin’s head), and Reda Ahmed (Confession is a Common Mistake).

“But winning a prize, with this amount of participation, and the presence of another judge with different taste and consensus, made me and the poet Professor Fatima Bouhraka nominate only five names together, to be the ones we announce their names today: Abdel Moneim Ramadan, from Egypt, and Mohamed Najib from Sudan, the two crowned  with   prize for poetry, as if the Arab-African poetry in the north and south of the  River Nile had made the waters of the poem more sweet, endowing poetry with vitality and flow.

The poet Abdel Moneim Ramadan created an entire imaginary world, with creative vocabulary in the form of new prose poetry, as Muhammad Naguib presented in the form of modern poetry and his strong poems that overflowed with pain, despite the despair between its lines.

Radio is a strongest means of communication