At a workshop on Strengthening Campus Radio at Shah Latif University, the speakers said that despite the innovation in means of communication, the importance of radio is increasing with every passing day.

Four sessions were held on the first day of the workshop on Monday under the theme “Strengthening of Campus Radio”. Dr. Mujeeb Abro, Chairman, Media and Communication Department played the role of moderator. Speaking at the inaugural session of the workshop, Dr. Taj Lashari, Dean, Faculty of Social Sciences, said that despite the development of media and communication, the importance of radio is still there.

“Radio is the strongest means of accessing current and other information. In the 1965 War, Radio Pakistan stood by the side of Pak army and fought against the enemy’s propaganda,” radio producer Mukhtiar Malik said while talking about the past, present and future of radio. 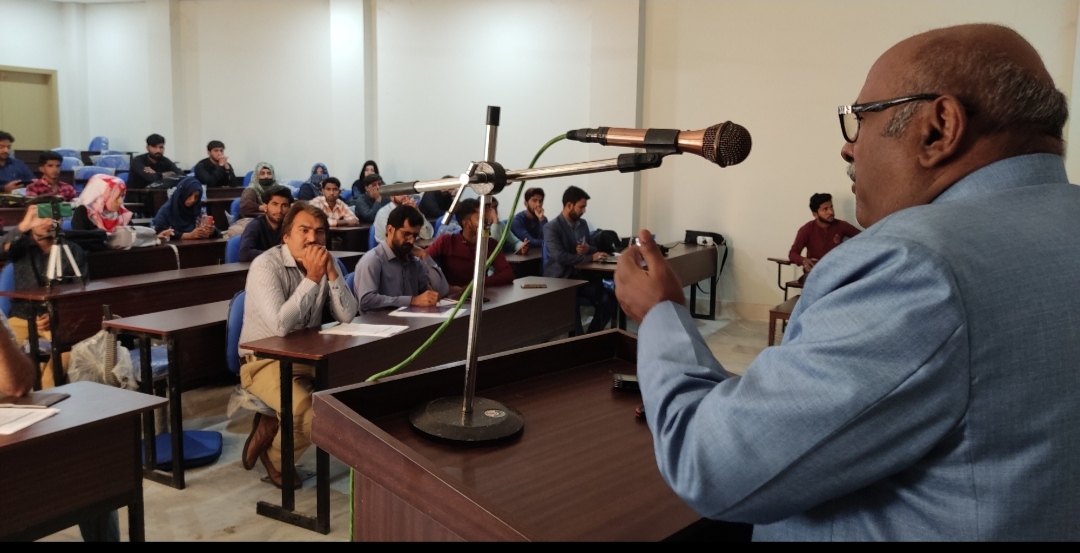 He said that innovation is also coming in radio, podcasts and streaming are modern forms of radio. He said that in order to keep the importance of radio alive, US president addresses the public on the radio on weekly basis.

“Radio is the only source of information in Ukraine after Russia destroyed its television system.”

Broadcaster Kaleemullah Sheikh said that now all the radio stations are online, and any radio station can be listened from any corner of the world.

Vishal Amir Abro of Press Information Department said that radio is the best and easiest way to access information; FM stations should also air information programs along with music and entertainment programs.

Amir Riaz, Head of News, Mast FM Radio Lahore, said that radio is the nursery of electronic media. . Radio teaches access to pronunciation and sound fluctuations. Anchors appearing live on TV channels have drowned out the fleet of language and pronunciation.

Earlier, Amir Haider, the coordinator of Sahi, introduced the organization and said that Sahi has been working for the promotion of higher education in Pakistan for many years. The institute has so far completed more than one hundred research projects. The faculty and students of the Department of Communication at Shah Latif University will be trained in radio programming in a three-day workshop. The workshop was attended by a large number of students of media department including Assistant Professor Ahmad Ali Memon and Assistant Professor Maria Issani.