What now needs to be better understood is the plurality of meanings and understandings of Sufism that have permitted this diffusion – a process through which the idea of Sindh as a land of Sufis lost much of its subversive dimension.

The contrast between the Sindhi nationalist discourse and the statements of Barelvi pīrs like that of Ayub Jan Sarhandi bring to light the ‘contested nature of Sufism’ and the ‘struggle over representations’ that takes place between differing visions of Sufism and Sindhis. On the one hand, nationalists invoke a Sufism stripped of its Islamic character and its ritual practices in order to promote the idea of a cultural essence of Sindh that allows for the peaceful communion of various religious groups within the single entity that is the Sindhi nation.

Let us not naïvely deduct that Sindhi nationalists are free from all forms of prejudice when it comes to religious minorities. They are in fact very much the product of their society. Their lack of knowledge and interaction with Hindus is often plainly visible and many activists and sympathizers seem content with repeating that ‘no one may distinguish Hindus from Muslims in Sufi shrines in Sindh’ (which is debatable).

One must then take the Sindhi nationalist discourse on Sufism for what it is: a performative discourse, which asserts the unity of Sindhis regardless of their religion in order to bring about this unity. This discourse also plays a role of identification between ‘loyal Sindhis’ who share the same vision. On the other hand, Barelvi pīrs involved in the events we mentioned build their spiritual and temporal authority upon a Sufism that posits itself within the ambit of Islam and that is inscribed in a long tradition of political engagement, a tradition much transformed with the rise of sectarian violence in the past decades, as documented by Philippon (2011).

The most elaborate development of this position against G. M. Sayed’s thought and his ‘ethnicized Sufism’ were made by an important conservative intellectual, Maulana Muhammad Musa Bhutto. At the time of its release in 1967, G. M. Sayed’s book Jīan Ditho Āhe Mūn caused a stir in Pakistan. Fatāwā and aggressive reactions targeted G. M. Sayed as he not only attacked the political foundations of Pakistan but ignored one of the most crucial tenets of Islamic dogma: the belief in the finality of Muhammad’s prophecy. 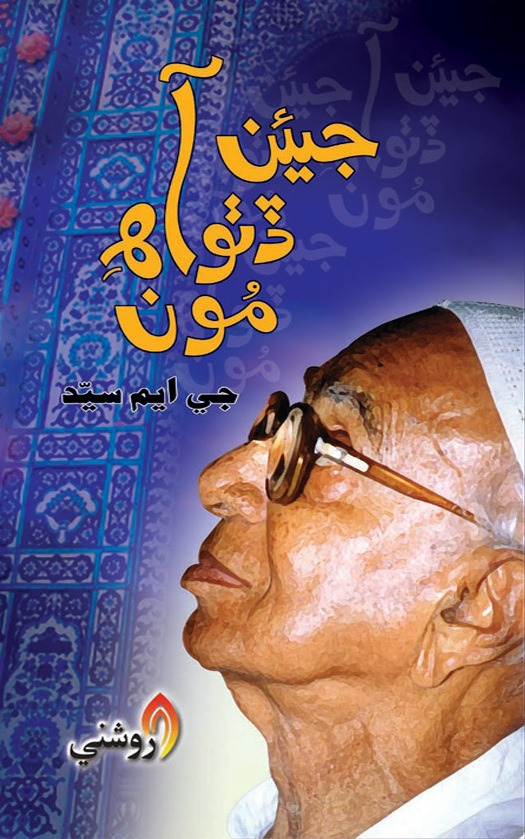 Maulana Musa Bhutto, a Naqshbandi Mujaddidi ‘ālim associated with the Jamaat-e Islami, wrote several books to counter G. M. Sayed’s influence directly. Although his main concern is to set straight the misconceptions (ghalatfahmiyan) about Islam that have spread among the Sindhi youth because of G. M. Sayed, he sometimes leaves the ground of theology to respond to G. M. Sayed’s political vision of Sindh and attempts to analyze the Sindhi leader’s personality.

In 1990, Musa Bhutto published a direct response to G. M. Sayed entitled Islām par I’tirāzāt kā ‘Ilmī Jā’iza (‘A learned examination of objections on Islam’), in which, after summing up Sayed’s ideas, he looks at several philosophers and personalities (such as Toynbee, Gandhi, or M. N. Roy) and examines the concept of wahdat al-wujūd and the life of major Sufis, like Bāyazīd Bistāmī and Junayd Baghdādī (M. M. Bhutto 2002). When I interviewed him in Hyderabad, Musa Bhutto expressed a strict criticism of G. M. Sayed’s conception of Sufism. According to him, G. M. Sayed argues that God has no reality but is a human creation and that prophets, far from carrying a divine, revealed message, were nothing but wise men of their time. Prophets’ teachings are therefore neither eternal nor complete but human experiences, as a result of which new religions can be founded on the basis of today’s experiences. Maulana Musa Bhutto accuses G. M. Sayed of instrumentalizing the message of Sufi saints to establish a new religion in which man is worshiped.

Whereas G. M. Sayed indeed asserts that ‘a Sufi should not necessarily be the follower of any particular theology’ (Sayed 1986), Musa Bhutto reclaims Sufism as an Islamic tradition. He therefore justifies the rituals that G. M. Sayed rejects: the ban on eating pork cannot be ignored on the pretext that it is a pre-Islamic tradition.

A similar line of argument can be applied to the circumambulation around the Kaaba in Mecca. Referring to Shaikh Ahmad Sirhindi, the reformer of the Naqshbandī tarīqa, he insists on the necessity for Sufism to remain within the bounds of sharia. Arguing that any form of mysticism that pulls one away from the sharia and the prescriptions of Islam is non-Islamic, Musa Bhutto refutes any resemblance between the conception of wahdat al-wujūd and the philosophy of Vedanta which, he claims, allows anything to be the object of veneration and leads to polytheism. Musa Bhutto believes that the concept of wahdat al-wujūd has been misused to justify the veneration of new idols in the name of Islam.

Musa Bhutto shows respect and admiration for G. M. Sayed, acknowledging the quality of his books on Sindh’s past, but expresses puzzlement at Sayed’s unorthodox views on Islam. He writes: ‘In the matter of explaining religion, G. M. Sayed is either really completely victim of misconceptions or he intends to strike a blow on Islam with wrong interpretations’ (M. M. Bhutto 2002). In a letter addressed to G. M. Sayed in 1989, Musa Bhutto wonders what can be the causes for Sayed’s persistent opinions and suggests a few reasons. He first considers G. M. Sayed’s emotional personality, which made him unable to control his feelings, unlike other seasoned politicians. He also blames G. M. Sayed’s association with the Theosophical Society, which influenced his thinking into considering all religions equal.

Although Musa Bhutto embraces Sufism as an Islamic mystical tradition, his writings illustrate the fact that not all Sindhis consider Sufism to be one of the foundations of Sindhi identity.

The place of Sufism in Sindhi identity construction after 1947 is far from being univocal. The wide diffusion of Sufism as a symbol of Sindh in the public arena may first mislead the observer into thinking that a consensus exists, but a finer analysis reveals that the reference to Sufism can work as an identity marker only so long as it acts as an ‘empty signifier’ (Laclau 1996), potentially all-inclusive for Sindhis. The success of Sufism as a symbol of Sindh indeed relies in many ways on a non-polemic, consensual definition of Sufism as a quietist search for divine union that condemns the accumulation of wealth by the living representatives of saints.

However, while nobody seems to reject Sufism as such, there are debates over its concrete meaning and its relation to Sindhi society.

The proponents of the idea of Sufism as a characteristic of Sindh and Sindhi identity believe that Sindh possesses a specific ‘Sufi culture’ which has ensured the peaceful coexistence of various religions throughout time. They often share similar social trajectories, being members of the educated middle class and having made their political socialization in the same environment, the campuses of the universities and colleges of Sindh. Formulated by G.M. Sayed, this conception is borne by Sindhi nationalist and autonomist groups, who see themselves as the protectors of Sindh’s ‘Sufi culture’ and promote an identity discourse that stands in opposition to Pakistan’s unitary nationalism by putting forward an alternative understanding of Islam. This conception meets strong contestation from some representatives of Sufism in Sindh, and notably from members of the naqshbandiyya mujaddidiyya such as Muhammad Musa Bhutto or Pir Ayub Jan Sarhandi. 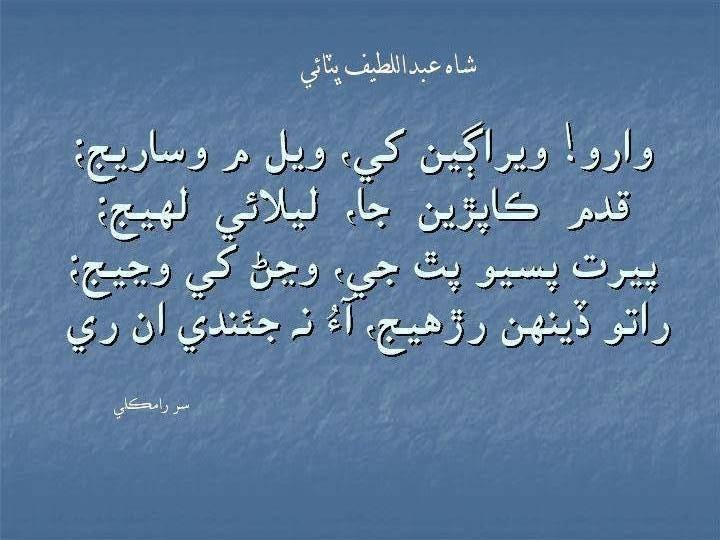 Not simply an opposition of discourses, these two conceptions translated on the ground into competition between groups that seek to impose their ‘principles of di-vision of the social world’, as can be seen in the examples of Rinkle Kumari and Bhuro Bhil. Nationalists identify the ‘loyal (halālī) Sindhis’, the true sons of the soil who may be Hindu or Muslim, in opposition to those who have come under the influence of the extremism that they see as promoted by the state or, worse, who have become actors for the state. Mian Mitho and Pir Ayub Jan Sarhandi posit themselves are flag bearers of Islam and dismiss the nationalists as ‘Indian agents’–that is, not entirely true Muslims. Thus, the ‘struggle over representations’ around Sufism and Sindhi identity brings out two competing performative discourses, each rooted in certain social groups.

Nevertheless, Sufism is now widely used as a symbol of Sindh in various public arenas and in the media – much beyond nationalist circles. What now needs to be better understood is the plurality of meanings and understandings of Sufism that have permitted this diffusion – a process through which the idea of Sindh as a land of Sufis lost much of its subversive dimension. 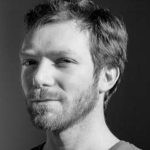 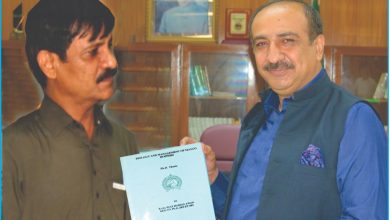 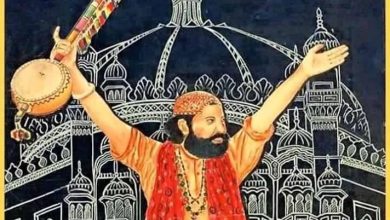 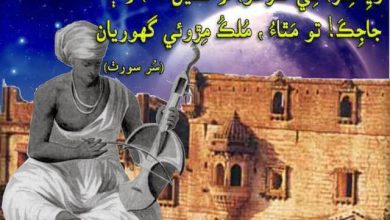 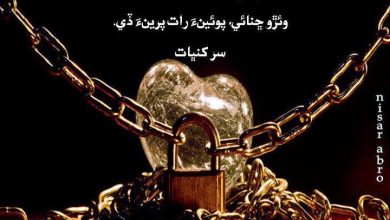