Two widely respected public intellectuals and religious scholars of India, Sir Syed Ahmed Khan and Maulana Abul Kalam Azad found that the punishment for blasphemy was not in conformity with the teachings of Islam.

The murder in Udaipur was a demonic act under the façade of religiosity. We no longer renounce the faith-fed intensity that endorses blood-curdling lynching and merciless killings. It appears that intolerant elements have made every attempt to challenge what has been held as an unpardonable offence. Perceived profanity often leads to confrontation between communities, and Muslims are frequently involved. Muslims find blasphemy an abominable act for which the offender must part with his life. This is a popular narrative but has hardly any Quranic validation and is not consistent with what the Prophet did in his lifetime.

Two widely respected public intellectuals and religious scholars of India, Sir Syed Ahmed Khan (1817-1898) and Maulana Abul Kalam Azad (1888-1958) found that the punishment for blasphemy was not in conformity with the teachings of Islam.

The thorny issue of blasphemy repeatedly surfaced in 19th and 20th-century India, and Sir Syed and Azad, known proponents of contrary political ideologies, tried to acquaint Muslims with credible Islamic laws dealing with the matter. They exhorted Muslims not to be carried away by emotions. Instead, they said, a cogently argued rejoinder to the profanity-filled books or remarks would be more effective.

In 1861, a civil servant and orientalist, William Muir (1819-1905), wrote a lengthy and contemptible book, The Life of Mahomet and the history of Islam to the era of Hegira. He analyzed the pre-Islamic history of Arabia, Quranic revelations and the sayings of the Prophet and concluded that reforms could not take root in Muslim society. Long before Salman Rushdie, Muir talked about the reported satanic influences on the Prophet. The book’s publication led to vociferous protests. Sir Syed denounced the book for its intemperate language, countless historical mistakes and contradictions. However, he clarified that the Quran did not specify corporal punishment for such a deplorable act. One must not take vengeance on behalf of the Almighty or his messenger. The propagators of violent protest want Islam to be known as a religion that stands for bigotry, intolerance and ignorance.

Sir Syed made it a point to prepare a dispassionate rejoinder by zeroing in on the sources cited by Muir. In 1870, he visited England to consult books, manuscripts and other references extensively used by Muir. His erudite rebuttal, based on research spanning over eight years, went well beyond anger-filled polemics. Sir Syed cited several examples to highlight the Prophet’s compassionate outlook and unflinching moral and social commitment to a humane society. He also got the rejoinder translated into English. For Sir Syed, blasphemy does not call for violent and loud protest and requires nothing short of a rational rejoinder. It means one responds to books with books, words with words. Banning or burning books offers no solution (“kitab ka jawab kitab hai kitab jalana nahi”).

Many eminent Islamic jurists pointed out that after conquering Mecca, the Prophet gave complete protection to those who believed in the trinity. Quoting the widely revered scholar of Islamic jurisprudence Imam Abu Hanifa (702-772), noted Islamic thinker Arafat Manzar asserted that in the Islamic state, a Zimmi (protected non-Muslim) could live with polytheistic views and if he insults the Prophet, assassination is not the punishment as kufr (denying the oneness of God) is a bigger sin than writing or uttering something that defiles the Prophet.

Notably, desecrating the Prophet in the Islamic state was considered sedition as Islam was the state religion. Speaking against the state is sedition; hence reviling Islam or the Prophet was an anti-national activity. Muslim Caliphs succeeding the Prophet imposed capital punishment for blasphemy. This was meant for only Islamic states. The issue of blasphemy is to be settled by a country’s legal provisions.

In 1873, Bombay was rocked by a violent clash between Muslims and Parsis, following the publication of the translation of a Persian book allegedly full of disparaging remarks about the Prophet. Sir Syed responded to the situation by writing an editorial in his bilingual newspaper, the Aligarh Institute Gazette, and spelt out what caused communalism in India. For him, the real cause of communal clashes was the senseless remarks of one community against the other, and because mutual respect among religions had not taken firm roots in the country.

Misperceptions and preconceived notions about the different religions could easily inflame the situation. The tendency to hurt the beliefs of others is grounded in the sense of religious superiority, which ran counter to the basic tenants of the faith. If the hatred and the ridicule-filled book is published, the offended community could either write back or seek constitutional remedy by seeking the government’s intervention. Sir Syed wrote: “One must not try to settle the issue by himself. The nasty books aimed at denouncing or despising other religions must not find their way; the government must enact stringent laws, and these texts are to be settled with the provisions of the sedition laws.”

When Swami Shraddhanand’s (1856-1926) book was published, Maulana Azad, who later became the country’s first education minister, vehemently insisted that Muslims should not try to punish the guilty without seeking remedies offered by the Constitution. Sir Syed and Azad’s judicious views on blasphemy are invested with the potential to solve the vexed issue that frequently surfaces in countries where many Muslims live. In India, they are of particular import.

Observations of an Expat: Boris 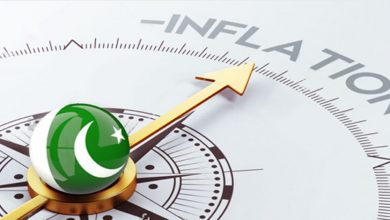 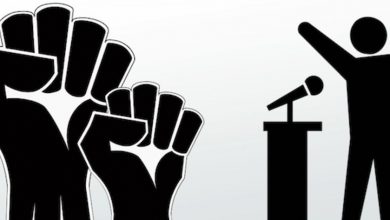 Armed Forces are just ‘Services’, not the National Leadership 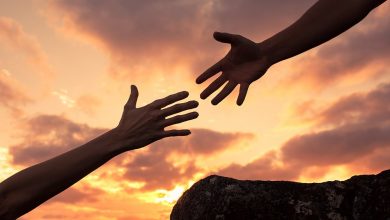 Miseries of life and a lesson to be learnt 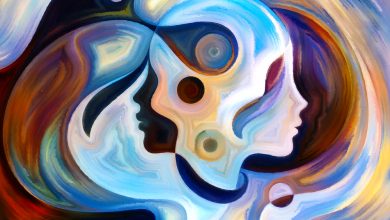 The Question of Women’s Names and Identity