For the coming budget (2022-23), IMF has suggested further increase in electricity, gas tariffs and domestic petroleum prices to enhance revenues.

In the coming federal budget the government is expected to incorporate an increase in federal tax revenue of Rs.1.155 trillion. This quantum of tax revenue will also include more or less Rs.430 billion worth of additional tax measures.

According to IMF report on Pakistan, released after approval of $1 billion, the federal government would target a much lower recovery on account of petroleum levy than the budgeted Rs.610 billion for the ongoing fiscal year 2021-22 due to slippages in government’s strategies to contain the rising prices of petroleum products.

The Federal Board of Revenue (FBR) is required to collect Rs.7.255tr during the fiscal year 2022-23, in comparison with current revised target of raising Rs.6.1 trillion, reflecting an increase of Rs.1.15 trillion.

The economic growth would generate Rs.730 billion tax revenue while Rs.430 billion would have to be generated through taxation measures. The additional tax measures for 2022-23 could be the increase in personal income tax, higher tax rates, and lower tax exemption limit.

In its evaluation, the IMF noted that the overall program performance had been uneven and “several quantitative criteria were missed and gaps in implementing particularly the fiscal and structural reform agenda arose amid challenging circumstances, including the Covid-19 pandemic and spillovers from Afghanistan, but also a waning decisiveness to push forward agreed reforms”.

The Fund said the economy was set to continue recovering to reach 4pc this year but risks remained high in FY2022. Assuming sustained policy and reform implementation, growth is expected to reach its medium-term potential of 5pc.

Additionally, the IMF has also ordered the government to enhance electricity, gas tariffs and petroleum prices to enhance tax revenue.

“Average CPI inflation is expected to temporarily increase in the coming months and average 9.4pc in FY2022 due to the recent terms of trade shock, continued energy price adjustments, and GST reforms. It is expected to be within the SBP’s 9-11pc inflation range forecast in the next 12 months, before slowing to 6.5pc over the medium term,” it added.

Current account deficit is forecast to widen to 4pc of GDP in FY2022, driven by strong import growth, fueled by strong domestic demand, higher commodity prices, and slightly receding remittances. Downside risks to the outlook and program continue to dominate.

The authorities and staff agreed that these fall under five broad groups. First, with still low vaccination coverage, Pakistan remains vulnerable to a worsening of the pandemic trajectory. The authorities expect outbreaks to have smaller domestic economic impact than before but remain concerned about high global uncertainty that could affect global growth, trade and remittances.

Second, policy slippages remain a risk, as has also become more visible in recent months, amplified by weak capacity and powerful vested interests. Socio-political pressures could also weigh on policy and reform implementation, especially with the next general elections expected in mid-2023.

Third, further delays in structural reforms, especially those related to governance and the authorities’ anti-money laundering/combating the financing of terrorism (AML/CFT) action plan with the Financial Action Task Force, could hamper external financing and investment and thus limit the economic recovery.

Fourth, geopolitical tensions (especially related to Afghanistan) could cause disorderly migration, worsen security conditions and generate higher volatility in basic food prices (if supply is disrupted) and the exchange rate. Apart from direct spillovers to Pakistan, the tensions could cause an adverse shift in investor sentiment and affect external financing.

The Women – Poetry from Bengal 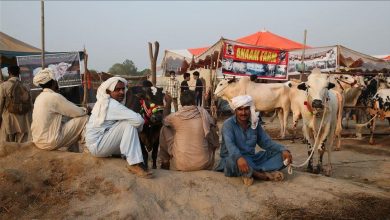 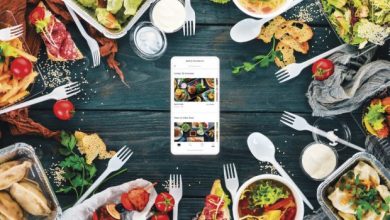 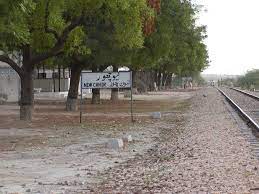 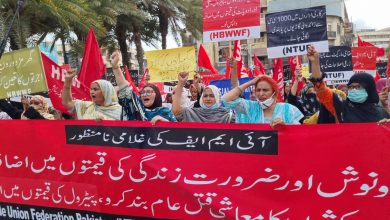 Has the fight for democratic economic order begun?