On the night of August 13, 1947, 13-year-old Suri Sehgal was so excited he couldn’t sleep. The next day, he’d watch the lowering of the British flag and the raising of a new one in his native Punjab province. Once part of India, his town would now become part of a new nation called Pakistan. The newly demarcated country of India would become a self-governing state a day later.

Sehgal remembers the Lalamusa train station where the Pakistani flag ceremony took place, the optimistic mood, and the special meal he shared with family and friends. “We all celebrated together,” he recalled in a 2016 oral history with the 1947 Partition Archive. “It was wonderful.”

But within hours, the long-awaited transition of power—and the partition of India into two nations, majority-Hindu India and majority-Muslim Pakistan—had become a nightmare as simmering secular tensions, stoked by divisive colonial rule, boiled over. That evening, Sehgal watched in horror as hundreds of people carrying knives and other weapons ran past, on the hunt for Hindus to attack.

Days later, Sehgal’s father, worried about the safety of his half-Hindu children, pushed them onto a sweltering, packed, moving train at the same station where they had celebrated Pakistani independence. As the refugee train made its slow way southward into India, its exhausted occupants were confronted with piles of dead bodies being eaten by vultures alongside the tracks.

Sehgal was one of millions of Indians and Pakistanis whose lives were disrupted—or ended—during what is now known as Partition. On its surface, the August 1947 creation of two self-governing nations was a victory for those who longed for self-determination. (It would be another several decades, however, before people who lived in what is now Bangladesh would gain that right.) But simmering secular tensions and a severely mismanaged transition turned Britain’s historic exit from the colony into a bloodbath.

The colonial roots of Partition

Partition’s roots date back to the 17th century, when the British East India Company, a private company that traded in Indian riches like spices and silks, began acquiring Indian land, taking over local governments, and making laws that flew in the face of longstanding cultural traditions. (How the British East India Company became the world’s most powerful business.)

In 1857, Indian soldiers mutinied—prompting the British government to dissolve the company and take over India. The newly established British Raj appointed officials—many of whom had never set foot in India before—to keep its colony in line. Those privileged British administrators and their families lived in wealth and luxury, while most Indians lived in poverty. 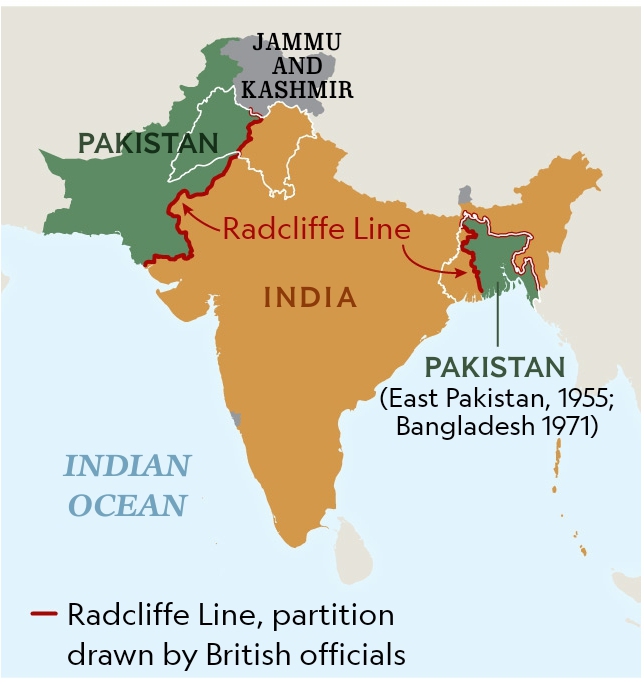 As Britain drained India of its wealth and profited from its natural resources, it subdivided 60 percent of the nation into provinces and recognized a patchwork of hundreds of pre-existing “princely states,” autonomous entities overseen by local rulers.

To preserve its dominance, the British Raj deliberately emphasized differences between religious and ethnic communities. As geographer A.J. Christopher explains, colonial administrators used traits like religion and skin color to segregate and isolate their subjects. They eventually established a limited political role for Indians—but the process for getting those positions often pitted Hindus and Muslims against one another.

Lord Curzon, the British viceroy to India, further fueled these divisions in 1905 when he split India’s largest province, Bengal, into two: one majority Muslim, the other majority Hindu. A staunch colonialist who believed Indians were inferior, Curzon faced sharp resistance to this attempt to “divide and rule.” But though the split only lasted until 1911, it galvanized a growing independence movement within the Indian National Congress, a political party that had been formed by educated elites to negotiate with the British Raj. It also spurred the formation of the Muslim League, a political party agitating for Muslim rights within India.

The fight for an independent India

In the early 20th century, attorney and politician Mohandas “Mahatma” Gandhi was elected to the Indian National Congress and began pushing for independence from Britain through non-violent civil disobedience. But boycotts, demonstrations and marches met with brutality and legal crackdowns. (How Mahatma Gandhi changed political protest.)

British officials attempted to appease the nationalists, enfranchising more people and increasing their representation in local government. These reforms only benefited a small group of Indians: By 1935, only 12 percent of citizens could vote.

Then, the United Kingdom entered the Second World War—and took India with it. Forced to defend their colonizers’ interests with their own blood, many Indians opposed the war. To shore up support, the British government offered India status as a British-owned dominion that could govern itself with British oversight. But the Indian National Congress rejected the plan. In 1942, Gandhi launched “Quit India,” a campaign of widespread civil disobedience demanding immediate independence. Britain responded by arresting Gandhi and other leaders and outlawing the Indian National Congress.

The move backfired: The crackdown galvanized many who had not supported independence in the past. Widespread riots and mass detentions followed. “Quit India” had been suppressed. But it—and the mistrust sown during a catastrophic famine in Bengal that killed millions in 1943—convinced British leaders that India’s future as an obedient colony was doomed.

Clashing visions for an independent India

Though independence began to appear within India’s grasp, divisions between the Indian National Congress and the Muslim League deepened.

Gandhi and Jawaharlal Nehru, another National Congress leader, had long believed an independent India should be a single, unified nation. But though the Muslim League also supported home rule, its leader Muhammad Ali Jinnah publicly abandoned the cause of a unified India in 1940.

Though the Indian National Congress billed itself as a party for all Indians, members of the Muslim League were concerned it only represented Hindu interests. A united India, Jinnah argued, would give Hindus control of the Muslim minority. Instead, the party demanded autonomy through the creation of a nation called Pakistan.

Matters became even more fraught when, in 1946, talks between the two groups fell apart and Jinnah called for a “direct action day” of Muslim protest. “We will either have a divided India or a destroyed India,” he said.

The call resulted in catastrophe. On August 16, 1946, Muslim-Hindu riots erupted in Calcutta, the capital of Bengal province. “The air was electric,” wrote a military official in a report. “The result of this riot has been complete mistrust between the communities.” An estimated 4,000 were killed and 10,000 injured in the conflict, and 100,000 were left homeless.

As India teetered on the brink of civil war, Britain’s interest in maintaining its waning control evaporated. Facing international pressure to withdraw, George VI sent his cousin, Lord Louis Mountbatten, to India in March 1947 to manage Britain’s retreat. (How the Commonwealth arose from a crumbling British Empire.)

Mountbatten convinced leaders to agree to the creation of two new states, Hindu-majority India and Muslim-majority Pakistan. But though he was given a year to complete his task, he rushed the schedule—giving Cyril Radcliffe, a British lawyer who had never set foot in India, just five weeks to divide the country in two and demarcate the new nations’ borders.

Princely states could decide which nation they wanted to join, and Radcliffe and his team were otherwise told to draw boundaries that respected religious majorities and prioritized contiguous borders. The “Radcliffe Line” was easy to draw in areas with a distinct majority, but Radcliffe soon found that the religious groups were dispersed throughout India. In areas like Bengal and Punjab, which had near-equal Hindu and Muslim populations, drawing a line proved particularly difficult.

In the end, Radcliffe and his team—none of whom had expertise in mapmaking or Indian politics and culture—split both provinces in two and awarded roughly half to each new nation. This meant the new country of Pakistan would not be a contiguous nation: Most of its land mass lay in the northwestern corner of India, with a chunk called East Pakistan that lay in Bengal in the west.

The decision was fateful: It stranded hundreds of thousands of Hindus and Muslims in the “wrong” new nation and separated Bengal from the rest of Pakistan by a thousand miles.

On August 14 and 15, 1947, Pakistan and India became dominions of the British crown—with the understanding they would ultimately become fully independent. But Mountbatten refused to issue the maps until two days later in an attempt to keep the international focus on Britain’s benevolence.

What Britain cast as a triumph was actually the beginning of the largest human migration in history and one of humanity’s most brutal episodes? Uncertain about where the borders had been drawn—and which country they currently lived in—as many as 18 million people packed up their belongings and set out to reach the “right” country.

The ensuing confusion and fear was like tinder for longstanding Hindu-Muslim tensions. After years of increasingly polarized rhetoric, old grudges became deadly, and new animosity broke out among those whose minority and majority statuses had suddenly switched. Assailants abducted and raped tens of thousands of women; people butchered members of their own families. Mobs attacked refugees and villagers, set buildings on fire, looted homes and businesses, and committed mass murder.

The violence was especially dire in Punjab and Bengal. In Punjab, ex-soldiers who had fought in World War II used their weapons on behalf of local elites who, writes historian Mytheli Sreenivas, “used the chaos of partition to settle old scores, assert claims over land, and secure their own political and economic power.” Though the countries were technically its dominions, Britain did not quell the violence.

The legacy of Partition

By the time the violence faded around 1950, between one and two million people had died and both nations were forever transformed. In 1948, Gandhi was assassinated by a Hindu nationalist who reportedly thought the leader was too pro-Muslim.

Meanwhile, Pakistan’s unusual geography had seeded tensions between east and west that would ultimately lead to a push for Bangladeshi independence. Home to 56 percent of Pakistan’s population, East Pakistan received less funding and had less political power than its western counterpart. In 1971, after decades of discord, Bangladesh declared independence. Pakistan launched a military campaign to subdue the population, slaughtering at least 300,000 civilians; Bengali authorities claim the toll was 10 times higher, citing three million killed in a genocide. A bloody, eight-month war ensued, and Bangladesh officially became an independent, secular democracy in 1972.

In the 75 years since Partition, territorial disputes between India and Pakistan have continued to simmer, erupting into four wars and ongoing cross-border attacks. And Partition is still raw for many of those who experienced it firsthand, like Suri Sehgal. Although his entire family survived, reuniting in India at the end of 1947, others were not so lucky. For many in India, Pakistan, and Bangladesh, the losses and memories of those bloody, uncertain days are still haunting.

Punjabis and Sindhis are the Ancestors of All Indians! 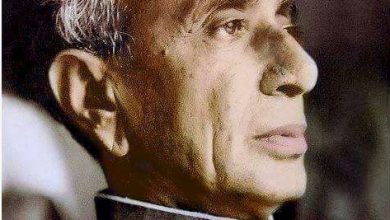 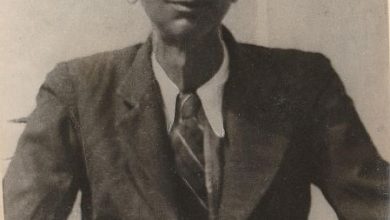 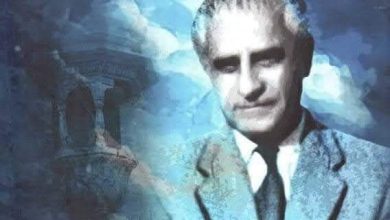