It is estimated that there are 33 million people living with type 2 diabetes in Pakistan, the third largest diabetes population globally.

To mark World Diabetes Day 2022 under the theme “education to protect tomorrow,” the International Diabetes Federation has launched a global survey to explore the levels of access that healthcare professionals and people living with diabetes have to diabetes education.

World Diabetes Day (WDD) is celebrated every year on 14 November on the birth date of Sir Frederick Banting who discovered insulin along with his team in 1922. Concerning the threat of diabetes in 1991, International diabetic federation created WDD to spread awareness among the people. In 2007 in response to the diabetes epidemic it started a campaign and the blue circle logo was adopted by the whole universe to symbolize the fight against diabetes and spread awareness. It also provides strength and support against diabetes. The blue circle emphasizes unity and positivity.

It is estimated that there are 33 million people living with type 2 diabetes in Pakistan, the third largest diabetes population globally. An additional 11 million adults in Pakistan have impaired glucose tolerance, while approximately 8·9 million people with diabetes remain undiagnosed.

According to the International Diabetes Federation, in 2022, 26.7% of adults in Pakistan are affected by diabetes making the total number of cases approximately 33,000,000.

The prevalence is higher in males than females and more common in urban areas compared to rural areas. Pakistan must include diabetes preventive measures in their national health policy to minimize the burden of the disease.

Diabetes mellitus (DM) has two types – type 1, which occurs in childhood and is usually mediated by immune mechanisms, and type 2, which occurs later in life, particularly with advancing age due to diseases of the pancreas. With the increasing prevalence and mortality associated with it, it is an emotional and economic burden on the patient and a socioeconomic burden on the country’s economy. DM is a major cause of cardiac-related deaths, blindness, renal failure, depression, and suicide. Amputations of the diabetic foot have also become increasingly common with the advancing stages of the disease.

On December 20, 2006, the United Nations (UN) passed a resolution to designate November 14 as World Diabetes Day. The occasion aimed to raise awareness of diabetes, its prevention, and complications and the care that people with the condition need. Governments, non-governmental organizations and private businesses are encouraged to increase awareness of the disease, particularly among the general population and the media. World Diabetes Day was first commemorated on November 14, 2007, and is observed annually.

At present, type 1 diabetes cannot be prevented. The environmental triggers that are thought to generate the process that results in the destruction of the body’s insulin-producing cells are still under investigation.

While there are a number of factors that influence the development of type 2 diabetes, it is evident that the most influential are lifestyle behaviors commonly associated with urbanization. These include the consumption of unhealthy foods and inactive lifestyles with sedentary behavior. Studies from different parts of the world have established that lifestyle modification with physical activity and a healthy diet can delay or prevent the onset of type 2 diabetes.

Modern lifestyles are characterized by physical inactivity and long sedentary periods. Community-based interventions can reach individuals and families through campaigns, education, social marketing and encourage physical activity both inside and outside the school and the workplace. IDF recommends physical activity at least between three to five days a week, for a minimum of 30-45 minutes.

Taking a life course perspective is essential for preventing type 2 diabetes and its complications. Early in life, when eating and physical activity habits are established and when the long-term regulation of energy balance may be programmed, there is an especially critical window to prevent the development of overweight and reduce the risk of type 2 diabetes.

Population-based interventions and policies allow healthy choices through policies in trade, agriculture, transport and urban planning to become more accessible and easy. Healthy choices can be promoted in specific settings schools, workplaces, homes and contribute to better health for everyone. They include exercising regularly and eating wisely which will help to maintain normal levels of blood glucose, blood pressure, and lipids.

The National Action Plan for Non-communicable Disease Prevention, Control and Health Promotion in Pakistan (NAP-NCD) incorporates prevention and control of diabetes as part of a comprehensive and integrated national non-communicable disease (NCD) prevention effort. Building on existing data, the diabetes surveillance process has been integrated with a comprehensive population-based NCD surveillance system using waist circumference as a proxy indicator for the risk of diabetes in the short term; however, the surveillance strategy makes a case for future efforts to upgrade surveillance to allow a more comprehensive assessment incorporating biochemical assessments. The program focuses on diabetes prevention by maximizing risk factor control as a common theme across the range of NCDs and lays emphasis on integrating prevention of diabetes. 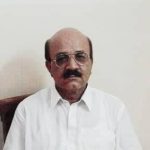 The Making – A Poem from Nepal 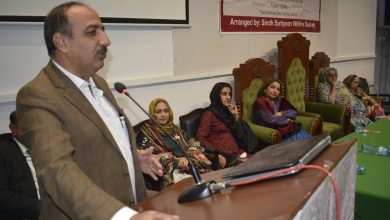 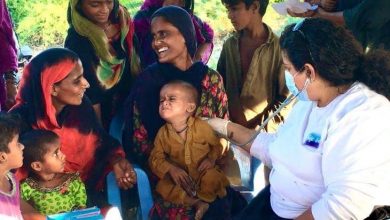