Tewani told Diana, “I have to marry somebody I really love. I can’t marry just to anybody, an arranged marriage. I don’t even know the person’. I just told her that.” Diana and he married in 1969.

“She was very, very upset. She wouldn’t talk to me for a couple of days. Then she came around and said: ‘Well, it is your life’. I said: ‘You’re right. I have to marry somebody I really love. I can’t marry just to anybody, an arranged marriage. I don’t even know the person’. I just told her that.” Diana and he married in 1969.

He relocated his shop to the Crafts Market and bought his first piece of real estate in New Kingston, from Thomas Desulmé. “I saw a sign on Knutsford Boulevard: ‘Lot for Sale’. I just slowed down the car, copied the telephone number, and made a call.” It was the corner lot near Mr. Chandiram’s store, his first employer. “You could say that when I saw that he put up a building there it looked good and, why shouldn’t I do it too? Actually, maybe you could say he inspired me.

“‘Gordon, are you crazy? Nobody will give you a mortgage on a piece of land for 80 per cent mortgage.’

“I don’t care. You find me somebody who will give me the mortgage because I really want to buy it.” He found Blaise Trust. I paid 10 per cent interest, bought the lot and slowly, slowly I paid. This was ’69 or ’70. I was very excited. I got an English architect, John Quintan. Oliver Jones, my friend who used to board at the same place, was head of Imperial Life, a Canadian Insurance Company. I went to him and said: ‘I need about $90,000 to put up this building.’ He said: ‘No problem.’ He charged 10 per cent interest too.”

With a centrally located building on a corner lot in New Kingston, he rented offices to five businesses, and earned $40,000 per annum on a $100,000 investment. And that is how he started buying lots in New Kingston every time he had a little extra money. He recalls: “Everybody was looking for space in New Kingston, moving from downtown, all the major companies, insurance companies, embassies, banks. New Kingston became corporate headquarters of Jamaica, so I just kept on buying.”

Meanwhile, he says his store imported silver and gold from refineries in London and Toronto, employing local Jamaicans of Indian ancestry to make jewelry. Tewani started travelling throughout the Caribbean, then moved their own store uptown, trying first to rent a shop in the newly built Tropical Plaza: “We thought we’d lost the shop in Tropical Plaza, so I went and got a shop in The Mall, and then got both. Now to find that much money to stock it. Lots of time we had empty boxes in the shelf so it looked like we have stock. The bank was very difficult. They wouldn’t lend us money. I went to two, three, four banks.” Finally a Canadian manager loaned him £200. He and Diana worked often until two in the morning, selling all day, then doing paper work, pricing items, and always keeping their expenses to a minimum. He bought an old van and travelled at six in the morning to sell jewelry to shops in Montego Bay and Ocho Rios. 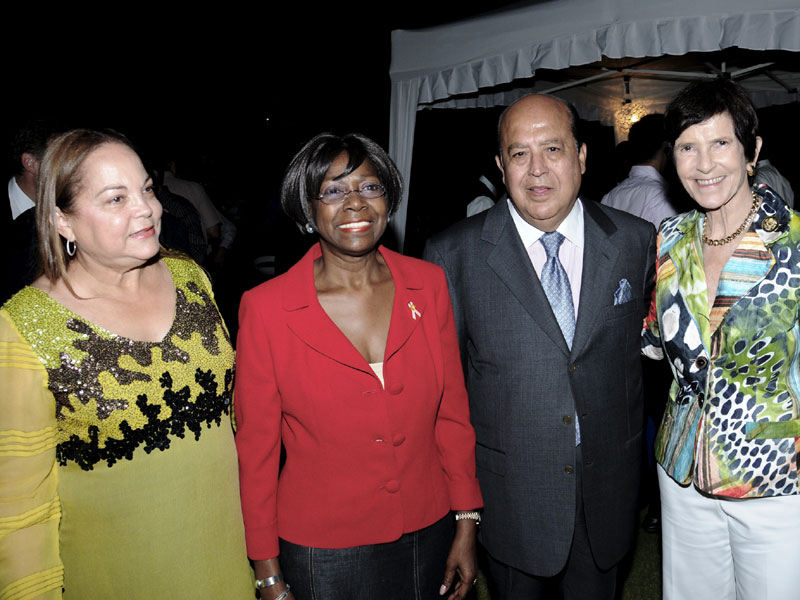 Tragedy stuck with the birth of their first child, Ravi, in 1970. “He had jaundice. They gave him the wrong blood transfusion. He was dying. We even had to get Msgr Meany at Holy Cross Church to give him last rites. My wife is Roman Catholic. I’m a Hindu by religion, but I keep my mind open. I go to church if I have to go to church and worship Jesus Christ; it’s perfectly all right with me. The Lord can only be one. If I go to temple to worship, I feel there is only one God. So they gave him last rites, but then Dr. Gray, who is Professor Gray now, said maybe he has a chance. So we rush him to University Hospital. He was just a two-days-old baby. Diane couldn’t move, so I have to take a nurse with me, and I didn’t know the University Hospital. I ran there and didn’t know where to go, because it is a big complex. Finally, we found the place. The baby had all sorts of tubes. It was pathetic to even look at the baby.

“They took care of him immediately, but we didn’t know if he was going to live. They had to give the heavy dose of antibiotic to save his life. That damaged his hearing nerve. We took him to John Hopkins in Baltimore, Royal National Throat, Nose and Ear Hospital in London, trying to find how he could be helped. We were told he can’t be helped. We sent him to a specialized school for the deaf in Fort Lauderdale when he was four. We both just break down. Two of us. But we had no choice. He stayed there until he was a teenager and learned a trade. We also found out that cochlear ear implant can help, so he had that done. They had to drill his skull and put that, but he’s OK. He’s married now with three children and his wife Anjani. They work with us in the store.”

Diana and Gordon have two daughters, Natini and Shalini. Gordon’s mother came from India to live with them and, though Diana and she didn’t speak the same language, they managed well until Mrs. Tewani died 18 years ago. Diana’s mother, Victoria Stephenson, is 82 and still works in the family business. Gordon says of his wife: “We have been working together for 45 years. I must say this to you, she’s a great mother, great grandmother and great wife. I couldn’t have found a better person than her.”

They have six grandchildren and spend every Sunday afternoon with them, when they’re not travelling. Both love seeing the world. Says Gordon: “I leave Jamaica because of the change. You learn when you travel, seeing different countries and cultures. But honestly, I love Jamaica the best. I haven’t seen a more beautiful country than Jamaica.” At age 70 he looks back and says: “God has blessed me with good health. I’ve worked very long and I’m still going to keep on working as long as I have good health. I have no regret. I have lived in one of the most beautiful parts of the world, beautiful country, good people, good friends, and a very good, happy family. What can I tell you? I go to work in the morning and I look forward in the evening to come home and spend time with my family and my grandchildren. That is my greatest pleasure, honestly.” (Concludes) Sindhis Who Converted To Christianity