Tewani remembers that their family lived very, very well until 1947 when the partition of India into two countries was decided by Britain. “We had to leave almost overnight because what was happening was if they find any Hindus in that part of India, the Muslims were killing them”.

After Gordon Tewani was the first to make a contribution to the building fund for The Museums of History and Ethnography, The Gleaner asked me to interview him, especially because he came to Jamaica after being a refugee in the partition of India.

Indeed, the Museums received two more donations from overseas, precisely because an immigrant had made the first donation. This series demonstrates that even if English is your second language, even if you don’t have a high-school diploma, even if you have next to nothing, if you are prepared to work extraordinarily hard, be disciplined in your savings and have the good fortune to have loving parents, and a bit of luck, you can still succeed.

Few people realize that one of the people with substantial commercial real estate holdings in Jamaica is actually a refugee from India. Gordhandas Tewani was born in 1939 in Shahdadpur, Sindh where his grandfather, father and uncles were landowners, leasing property to small farmers from whom they collected monthly rent. The youngest of four children, Tewani remembers that their family lived very, very well until 1947 when the partition of India into two countries was decided by Britain. The Tewani family didn’t own a radio, “forget about TV”, he said. “Just by word of mouth, we had to leave almost overnight because what was happening was if they find any Hindus in that part of India, the Muslims were killing them. Mob violence completely. They were burning houses. You just have to hide. When we left it was so terrifying. We couldn’t get any railway to travel because they were all full. There were no airplane, no railway, no buses. We had to resort to oxen-driven cart. If you have seen the movie Gandhi, it was the same scenario. Crossing the border, the Muslims are going to Pakistan. The Hindus are coming to India. We had to camp. We had to stop because it was quite a long journey. I remember the ladies and children would try to sleep. The men would take guard for they had a feeling they might have a raid, from Muslims who would kill the family. Then in the morning we’d start the journey again.

“When we crossed the border, we came to Jodhpur and I remember that we end up at the railway station sleeping on the platform, using the toilet meant for all the passengers.”

“When we crossed the border, we came to Jodhpur and I remember that we end up at the railway station sleeping on the platform, using the toilet meant for all the passengers. We would spread something on the platform and just sleep. In the night, when the train would come, it makes so much noise and shakes because it’s a huge steam engine. We would wake up and go back to sleep. Another train would come; we’d keep on waking up and sleeping. They were giving people free food, roti and a potato vegetable curry, in the morning, afternoon, evening, same. We were on the platform for a week, then my mother’s brother-in-law in Jodhpur had a little place, so he put us on the roof of his house. We used a tarpaulin to protect ourselves from the sun and rain. We had a carpet and a few belongings. My brother and myself would go right on the sidewalk, put the carpet and try to sell our few things to raise some funds. We were in Jodhpur a long time.

“My older sister’s husband was in Bombay (now Mumbai), manager of a big company there and he decided to help us. We moved to Mumbai in 1948, to an area called Worli. Our accommodation wasn’t that great. There was like three families living in a row and three families had to share one toilet. OK, so if you’re in a hurry to use it, tough luck. But that’s how it was. We had a pipe in the kitchen where my mother was cooking. We put a little curtain. You go behind there, put water in the bucket, take water from the bucket and put over your head, use soap and bathe. But at least we could call it our home. It was like a zinc roof but we were very happy. We thought: ‘This is good’. My brother and I started to go to school. 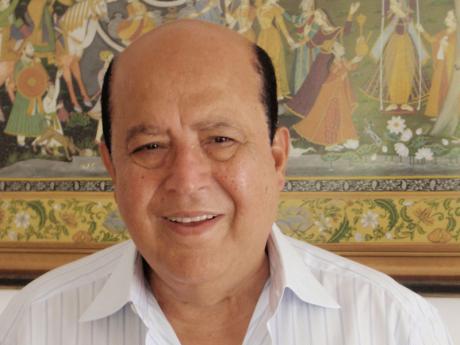 “My father still didn’t know how to make money because he didn’t have any skill and he wasn’t educated. So it was a lot of burden on my mother. She would say that she had already had her dinner, ‘This is all for you and your brother.’ But we knew that she didn’t have her dinner. Because we didn’t even have enough food to eat. So it was very difficult. You could see my mother sometimes arguing with my father, telling him: ‘Where is the money going to come from? We don’t have any rice left.’ It was a struggle to find the school fees. I could see my mother under very strenuous hardship. What happened, my mother was a street-smart person. She wasn’t educated but she knew that education is very, very important. She insist that I go to a Catholic school. That’s where my brother and I learned English. I used to walk and walk and walk to go to school. But it was good. The Father, every time he was to teach us arithmetic or algebra, he had a cane in his hand. You better have your answers ready. Otherwise, you get a whipping. Honestly. I still remember his name: Albert Pereira from Goa.

From India to Jamaica

“I couldn’t concentrate on my studies seeing my mother under pressure so I used to think: ‘I need a job to make money to help my mother.’ My uncle had a business called Cottage Industries. People came from all over the world to buy Indian handicrafts, mostly Sindhis, from Nigeria, Jordan, Jamaica, Europe too. Lot of times they would say they want one or two guys to work for them and he would find people for them. When I was 18 I remember sitting in his office begging him to get me a job. Mr. K. Chandiram, from Jamaica, was in Mumbai and told my uncle that he needed three young fellows to work. So my uncle recommended me. Mr. Chandiram says, “OK, but let me have a talk with him first.” The only question he asked me, if I could speak English. I said, ‘yes,’ so he said: ‘You’ve got the job. Your salary is going to be £20 a month with lodging and boarding.’ I can assure you that if he had said £10 a month I would still have said yes. I was so desperate to get a job.

“It took me three days from Bombay to Kingston on a propeller plane with overnight in London at airline’s expenses. India had a very strict exchange-control law. Mr. Chandiram advanced me 500 rupees, about £25. I kept £5 10 shillings for travel and for the first time I got a shoe. I used to wear an open sandal and walking in the sun – I couldn’t afford a bus or train – my feet used to get so hot, so dry. I remember running and taking shade under a tree so my feet can cool off and I can walk again. It was quite a difficult time in life but I was happy that I had my mother and father. They both were together. They loved us very well, the children and each other.” (Continues)

Navratri festivities to begin from Sep 26 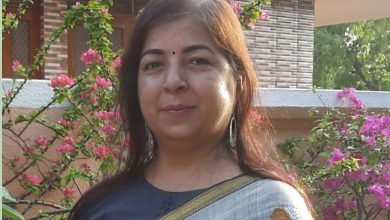 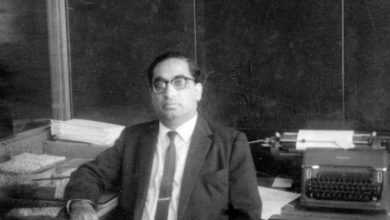 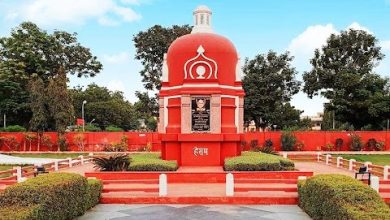 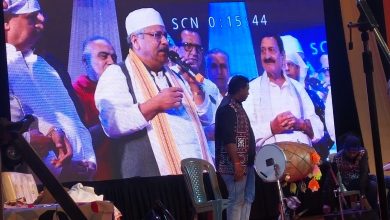