Remembering one of the best known Urdu poets of all times

Ghalib was born on 27th Dec 1797 and passed away on 15th Feb 1869.   Ghalib was one of the important court poets in the court of Bahadur Shah Zafar

Mirza Ghalib was one of the best-known Urdu poets of all times. Mirza Ghalib is a name that is synonymous with Urdu poetry. Born Mirza Asadullah Baig Khan, Ghalib was a pen name he adopted. It is like a pseudonym that most poets and writers adopt in the literary world. The life history of Ghalib is truly interesting and indeed makes a good read. Ghalib was born in Agra, India in Turkish aristocratic ancestry on 27th December 1797. Not much is known about Ghalib’s education and it has always confused scholars, as there are no written records of his formal education and early life. However, it is said that his friends were some of the most respected and intelligent people of Delhi.

Ghalib got married at a very young age in a noble family around the year 1810. It is said that Ghalib had seven children, but sadly none of them survived. This pain has found its way into his poetry. His spouse was a contrasting personality when compared to him. She was a god fearing and a very reserved person as compared to Ghalib, who was a carefree and unrestricted person.

It is said that Ghalib had a weakness for drinking and gambling. These two vices were something that he was truly fond of in his lifetime. Though gambling was considered an offence at that time, Ghalib never seemed to have bothered about it. He himself said that he was not a strict Muslim in the true sense of the term.

Ghalib also had a scandalous affair with a courtesan who was a fan of his poetry. In fact, one can find a record of an FIR filed against Ghalib in a police station in Delhi regarding his affair with the woman. Ghalib never strived for earning a decent livelihood and led his life on the generosity of his friends or state sponsorship. Though no one gave him due importance then, fame came much later. Today, he is the most written about poet and the most read poet in Urdu. On February 15th 1869, this great poet breathed his last.

Ghalib was one of the important court poets in the court of Bahadur Shah Zafar. He honored Ghalib with the royal titles of Dabber-ul-Mulk and Najm-ud-daulah. These titles ensured Ghalibs entry into the nobility of Delhi. He suffixed his name with Mirza after Ghalib because of another title that the emperor added to his honor, Mirza Nosha. Bahadur Shah Zafar was a great poet himself and was very interested in writing and reciting poetry. Therefore at first, he was tutored by Ghalib in the year of 1854 and then Zafar invited him to sit in his court as an honorable court poet. He also tutored Bahadur Shah Zafar’s eldest son Fakhr-ud-Din. Ghalib was also the royal historian in the court of Zafar.

It is said that Ghalib was inclined towards poetry since his early years and he wrote his poem for the first time when he was only 11. He knew many languages like Urdu, Persian and Turkish. There was a time in the life of Ghalib, when he was in his young age, when a traveler came from Iran to stay in Agra. This traveler was called Abdus Samad and he stayed with Ghalib and his family for 2 years. During this time, it is presumed that Ghalib learnt many things from him like Persian and Arabic language, logic, philosophy, etc. as this traveler was a very learned man. Ghalib liked his work in the Persian language, but his most famous work is in Urdu. A lot many Urdu poets elucidated Ghalib. The first person to elucidate Ghalib’s Urdu poetry was Ali Haider Tabatabai from Hyderabad. His poetries did not depict only his failed love and its agony but also the philosophy of life and world and the mysticism.

His poetry is said to have a muddled description of his lover, which is considered to be the most beautiful part of his poetries. Instead of having a definite lover, he depicts an idea of the lover which takes the realism as part of the writing away, which essentially gave Ghalib the independence of the idea and expression. He could express his anguish in bigger depths because he made his lover in his poetry less important than the feelings and emotions. His poetry has been translated into English language as well. This was first done by Sarfaraz K. Niazi in India by the publication company called Rupa & Co and in Pakistan by a company called Feroz Sons. This book was called the Love Sonnets of Ghalib and had Roman transliteration alongside English language translation. His poems are considered to be the poems about love and not the love poems.

The Indian  Posts & Telegraphs Department paid it’s  homage  to this  distinguished  poet  by issuing  a commemorative  postage stamp in Ghalib’s  honor on 100th death anniversary (1869-1969). The stamp was issued on February 17, 1969 having denomination of 20 Paisa. Some three million commemorative stamps were printed. Pakistan Postal Department had also issued commemorative two stamps – one of 15 Paisa and the other of 50 Paisa to mark Ghalib’s 100th death anniversary on February 1969. Some 1.5 million 15 Paisa stamps and one million 50 Paisa stamps were printed. 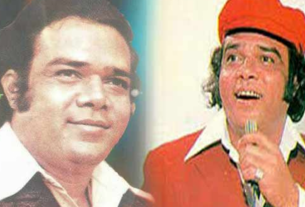 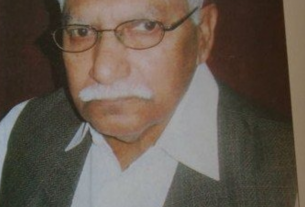 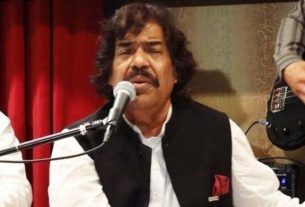