Dr. Lakhumal Hiranandani, born in Thatta Sindh, began his life journey with only one hundred rupees and became the India’s Surgeon of the Millennium

Dr. Lakhumal Hiranandani, a pioneering ear, nose and throat surgeon, social activist and philanthropist of India, was born on 17 September 1917 in Thatta, Sindh.

He was the first son of Hiranand Khaira Hiranandani, a small trader, and his wife, Lila. After he had attended a village primary school and high school in Karachi, the family moved to Bombay in 1937 and it was there that he studied medicine at the Topiwala National Medical College.

On graduating MBBS in 1942 he did house jobs at the King Edward Memorial Hospital and the Seth Gordhandas Sunderdas Medical College. He was particularly influenced by the surgeons Anappa Vithal Baliga and Home Ghandi. Travelling to the UK, he studied in London and secured the degree of FRCS – the fellowship of the college in 1946.

Dr. Lakhumal, who passed away at the age of 96, on 5 September 2013, had once told in an interview that his journey of life started with only one hundred rupees.  “The desire to become a doctor has ingrained in my mind from young days. I lost my father at very young age and was brought up with meager resources by my mother, who sold her gold ornaments so that I could do my Inter-Science, and live upto my ambitions. I knew could realize my dreams in Bombay, I arrived in Bombay with just 100 rupees in 1937,” he told adding that one of his senior doctors at KEM College gifted him Rs.2000 so that h could go to London for CS exam. “Earning a FRCS was the turning point in my career,” he said.

On his return to India he joined the staff of his former medical college and also the Bai Yamunabai Laxman Nair Charitable Hospital as an ENT surgeon. At the latter hospital he established the first ENT department in India to include head and neck surgery in its range and it was later named Dr. Hiranandani’s Department of Otolaryngology Head and Neck in his honor. He pioneered many new surgical treatments including a protocol for throat cancer and his methods were known collectively as Dr. Hiranandani’s Operations. Actively involved in the promotion of postgraduate training in medicine he was on the committee that established 14 medical colleges in Maharashtra and raised the academic retirement age.

The author of numerous articles in his field he also wrote two books – Histopathological study of middle ear cleft and its clinical applications and Head and neck cancer. A founder member and president of the Association of Otolaryngologists of India he was also a member of the American Society of Head and Neck Surgery. He was the first person from the Indian subcontinent to receive the golden award of the American Academy of Otolaryngology-Head and Neck Surgery. He retired from his hospital at the age of 58 but continued to work as a consultant at the Breach Candy and Jaslok Hospitals and was active as an emeritus professor at the medical school until he was 83, as he had associated himself with Greater Mumbai Municipal Corporation when they made him an Emeritus Professor and Advisor to the Department of Otolaryngology and Head and Neck.

He served as a member of the Advisory Committee of the Government of India for setting up medical colleges in the private sector and it was during his tenure at the committee that 14 medical colleges were established in Maharashtra and the retirement age of the medical academics of the state was raised from 58 to 65.

He was instrumental in the creation of 15 research endowments spread across several Indian universities, and personally contributed a lot towards the corpus fund for the endowments. His efforts were also reported in the establishment of 20 orations. Besides, he served as an adviser of the Union Public Service Commission and Maharashtra Public Service Commission. After being nominated as the nominee of the Maharashtra state government at the Medical Council of India, he served as the member of its National Board and a member of the executive council from 1990 to 1995. He was also a member of the governing body of the Indian Council of Medical Research (ICMR).

Apart from Dr. Hiranandani’s Department of Otolaryngology and Head & Neck at the BYL Nair Charitable Hospital, another institution, Dr. L. H. Hiranandani College of Pharmacy, an institution located in Ulhasnagar, Mumbai, is also named after Hirnanadani.

Dr. L H Hiranandani Hospital is a 240-bedded multi-specialty hospital built by his sons, in honor of their father.

During the devastating drought of 1972 in Mumbai he temporarily abandoned practice to take on the organization of aid distribution. He carried out a similar role the following year when floods hit Bihar and Odisha and 20 years later he coordinated medical assistance to the injured in the 1993 Bombay riots. A generous benefactor, he was the founder and chairman of the Hirandani Foundation Trust which supported two local schools. In the early 1990’s he was one of the leading lights in the campaign against the unregulated organ trade which cumulated in the passing of an act in 1994 which imposed strict restrictions on the practice.

The Hiranandani Foundation School was established in 1990 in Hiranandani Gardens with a handful of students and now it has grown to 2,610 students. The school started up with ICSE and then ISC and IBDP were introduced.

He has given away all his savings of last 45 years amounting to Rs.2.S crores to this foundation.

He was awarded the Third Highest Civilian Award – Padma Bushan by the Government of India for his various contributions to medicine and society.

He received the Danvanthari Award of the Dhanvantari Medical Foundation in 1988, the first time the award was given to an ENT surgeon.

He was awarded “Maulana Azad Award” by Indian National Congress in recognition of exemplary work during 1993 communal riots in Mumbai.

He was also a recipient of the SAARC Millennium Award, which he received in 2001.

A year before his death, he received the Lifetime Achievement Award in Healthcare from the Federation of Indian Chambers of Commerce and Industry (FICCI) in 2012.

He was also involved to an extent with politicians and was one of those who had persuaded Marathi and Gujarati politicians to permit a bilingual Bombay State uniting Marathi and Gujarati dominated areas of the former British province of the Bombay Presidency to continue to exist, 1956 – 1960, a project that ceased to have value when the Marathi insisted on a Marathi-dominated Maharashtra State — the violent Samyukta Maharashtra movement. As a result, the State of Bombay was bifurcated on May 1, 1960 into the states of Gujarat and Maharashtra.

In 1937 he married Kanta and they had three sons, the eldest of whom, Navin, followed his father and became an otolaryngologist and well known medical journalist. His other two sons Niranjan and Surendra are leading developers and entrepreneurs. When he died on 5 September 2013, he was survived by wife Kanta and his two younger sons, Navin having predeceased him.

Dr. L.H. Hiranandani was known among his friends as the eyes and ears of the city.

The story of his life has been documented in the book ‘Dr. L H Hiranandani – Born To Heal’, written by Subhadra Anand. 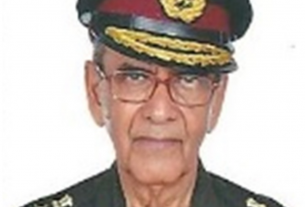 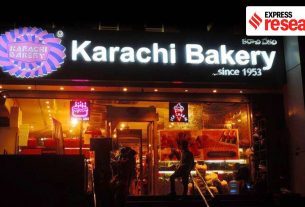