Over the years, there have been linguistic studies of languages of Pakistan, but to this date there remain many languages for which no dictionaries, grammars, text collections, etc., are in existence

This contribution engages in some explorations of the state of the indigenous languages of Pakistan, and of the social and economic mechanisms that pose a threat to the country’s rich linguistic heritage. All around the world, indigenous cultures and languages are disappearing at an alarming rate. Pakistan itself is the home of some seventy different languages, many of which can be further divided into various distinct dialects. In Pakistan, too, the future viability of many of these unique language varieties is seriously endangered. In the paper, I present case studies of situations where a community’s ancestral language is giving way to a more dominant language, and also of situations where a native language is being maintained in the face of pressure from a more powerful language. One purpose of these studies is to uncover factors that underlie the phenomena of language loss and language maintenance in Pakistan.

As we consider these issues, we see that they are closely connected with the subject of sustainable development. Languages need communities of people who speak them and pass them on to the next generation. Communities can only exist where there is a viable living environment and a means of subsistence. The loss of languages around the world is connected to the socio-economic difficulties faced by local communities, and these difficulties in turn are connected to the way modern societies go about economic development.

One of the conclusions of the paper is that good, sustainable development is concerned with empowerment of local communities, and that efforts towards this purpose should build on the local cultures and languages and the knowledge encoded in them, rather than replace them.

In Pakistan and around the world, public awareness of the need to protect our environment and to conserve the world’s animal and plant diversity is growing, as is public awareness of the importance of sustainable development in general—the importance of meeting our needs in a way that leaves a healthy and viable world for future generations. People are often less aware of the fact that all around the world, unique indigenous cultures and languages are disappearing at an alarming rate, and that this is a further symptom—in addition to environmental damage, depletion of natural resources, and loss of biodiversity—of the fact that things are not going as well for humanity as they could.

In this paper I engage in some explorations of the state of the indigenous languages of Pakistan, and of the mechanisms that pose a threat to the country’s rich linguistic heritage. As we consider these issues, we will see that they are closely connected with the subject of sustainable development.

In the paper, the term “indigenous” is used for languages that are spoken as mother tongues by communities whose home areas are fully or partially within the current borders of Pakistan and Pakistani-administered areas. This may include communities that have migrated from other areas at some point in the past, but who now have their permanent home in Pakistan. As a first case study, let us turn our attention to Punjabi, the country’s largest indigenous language.

In order to establish the current size of the Punjabi-speaking population, one has to decide first on the definition of “Punjabi”, and this in turn depends on the definition of “language”. This is not a trivial matter. For instance, the Ethnologue (Grimes 2000), which is a catalogue of the world’s languages, lists not one but three languages that are called “Punjabi”: Western Punjabi (mostly in Pakistan), Eastern Punjabi (mostly in India), and Mirpur Punjabi (or Mirpuri, in Azad Kashmir). On the other hand, if we use the criterion of mutual intelligibility (looking at how easily speakers of different varieties can understand one another), we can probably group a whole chain of language varieties together and give it a convenient label, such as Greater Punjabi. Restricting ourselves to Pakistan, this would probably include Hindko of Peshawar, Kohat, Attock, Hazara, and Azad Kashmir, Pahari of the Murree hills, Mirpuri in Azad Kashmir, Potohari spoken in the plains around Rawalpindi, the different Punjabi varieties spoken in central Punjab, and the forms of Siraiki to the South and West of that.

Going on the figures given in the Ethnologue, this Greater-Punjabi-speaking population in Pakistan might easily consist of 80,000,000 people, perhaps even quite a few more, as some of the figures in the Ethnologue are quite old. In global terms this is a very large-sized language, easily ranking in the top 20 of the world’s largest languages. Even if we count Hindko and Siraiki as separate languages, Punjabi would still be a major language in global terms, and by far the largest language of Pakistan.

Judging from the information that I have seen, Punjabi in Pakistan is at the same time very much a language under pressure (Mansoor 1993; see also chapter 12 of Rahman 2002). From sheer numbers one would think that the language must be healthy and strong, but when one looks at the sociolinguistics of Punjabi, there is reason for concern. The language is not generally used as a medium of instruction or taught as a subject in the schools, and people do not generally read and write in it. It is not used for official purposes. Negative attitudes about the language abound. Many of the more educated speakers of Punjabi also use Urdu and English alongside it, and for them the sphere of life where Punjabi is used as the primary language is shrinking more and more. In all of this, perhaps the most worrying observation is that there are many families (especially in the more educated, urban strata of society) where the parents are not transmitting the language to their children; instead, they have switched to Urdu (and sometimes English) as the language of the home.

So, while Punjabi in Pakistan continues to thrive especially in informal domains (as a language of intimacy, in male culture and jokes, in the theatre, etc.), it appears to be subject to serious attrition at the same time. The extent of this attrition, and the rate at which it is happening, have not been formally investigated to my knowledge. One would like to know, for instance, how many families (as a percentage of the total Punjabi population) have shifted from Punjabi to Urdu as the language of the home.

And also, when we look at different age groups, what percentage of the members of each age-group is still speaking Punjabi as their mother tongue? These and related questions constitute an important priority for future research.

While there is reason for concern about Punjabi, I should also point out that it is possible to be too pessimistic about the fate of a language. This is illustrated by my second example. In 1921, George Grierson, the editor of the Linguistic Survey of India, wrote the following words about the tribal languages spoken in the hill-country south of the Hindukush (the “Kohistani” languages of the NWFP): “These languages are being gradually superseded by Pashto, and are dying out in the face of their more powerful neighbour. Those of the Swat and Indus Kohistans are disappearing before our eyes.” (Grierson 1921:124) The advance of Pashto into these territories was also observed by John Biddulph in his book Tribes of the Hindoo Koosh (1880:69-70).

The interesting thing here is that more than 80 years later, one would expect there to be little left of the languages Grierson was writing about. However, nowadays languages like Gawri, Torwali and Indus Kohistani are still very much around, their populations have grown, their children are still learning the native languages, and in general the languages are still being valued by the speakers. We should remain concerned about the ultimate fate of these unique languages, but they have certainly shown more resilience and vitality than earlier scholars held possible.

Your Child Deserves Better - A Letter to Parents – III 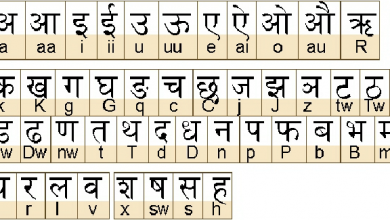 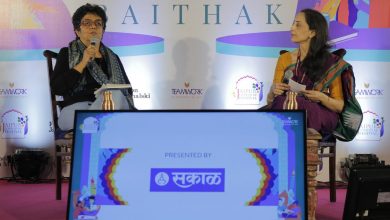