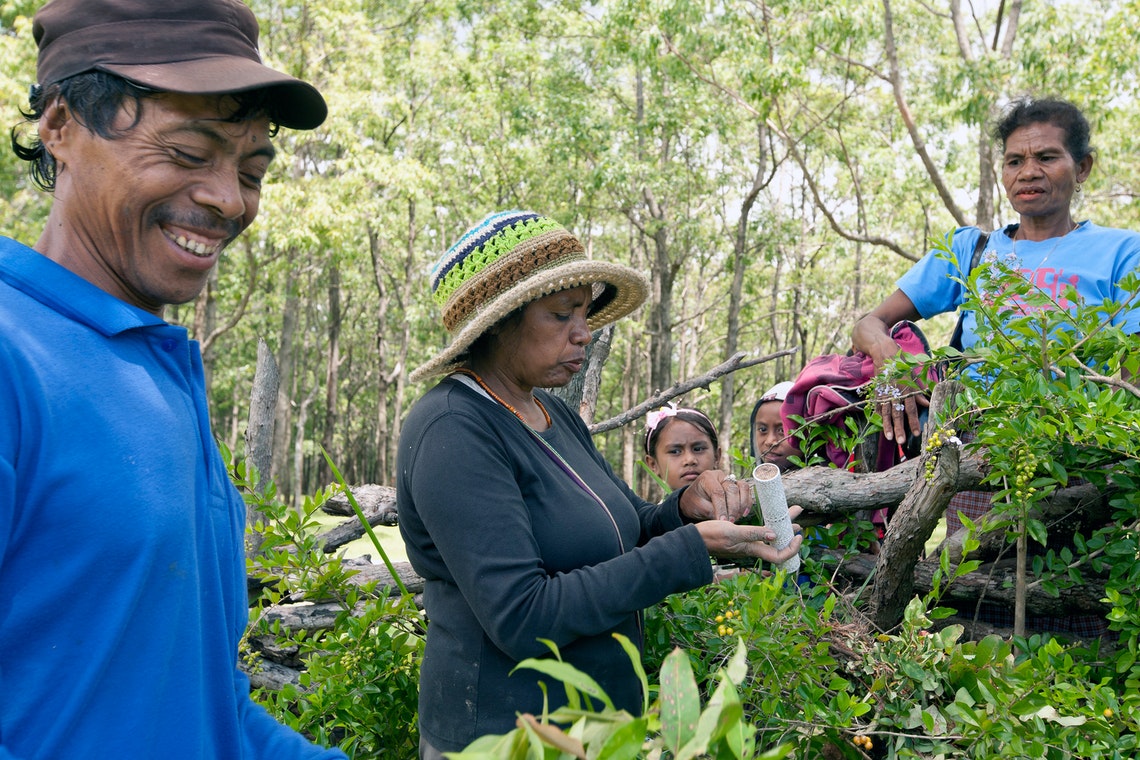 Globally, indigenous women-led resistance movements are effectively stopping or slowing local environmental destruction that threatens our whole planet. This is happening in spite of gross underrepresentation of women in decision-making roles at international and environmental organizations

By Kavita Ramdas and Laura Garcia

For Indigenous Mollo people on Indonesia’s Timor Island, the forests, mountains, and water are not just their surroundings; they are as essential to their lives as food and air. These same forests and mountains are also rich in oil, gas, gold, and marble.

But for those who call the island home, these natural resources are more a curse than a blessing. Rather than benefiting from the richness of their own land, the Mollo must watch as 15 different mining operations remove the resources from their ancestral lands, mostly without their consent or financial remuneration.

In 1996, for example, the construction of two new marble mines threatened 16,000 hectares (more than 40,000 acres) of forest, where local women foraged for food, dyes, and medicine essential to their livelihood. In response, Aleta Baun, affectionately known as “Mama” Aleta, began to organize protests against the mining.

Led by Mama Aleta, more than 150 women blocked the entrance of the mine for an entire year. They formed an organization, Pokja OAT—funded by Global Greengrants Fund, an Open Society partner and grant-maker focused on supporting grassroots environmental and social justice organizations around the globe—to fight back against the companies’ destruction of the ecosystem.

Mama Aleta’s work leading Pokja OAT exemplifies the leadership of women in grassroots environmental movements who operate in defiance of persistent discrimination and obstacles. By 2007, Mama Aleta and anti-mining activists had mobilized the local Amanuban and Amanatun tribes, and eventually forced all mining companies to leave the area.

The extraction of natural resources and global dependence on fossil fuels is a huge contributor to climate change. In the case of Timor Island, the construction of large-scale mines has the potential to devastate the forests, which serve as not only important carbon sinks, but also as means of survival for the local Indigenous communities who have lived in harmony with the environment for centuries.

Over the past four decades, climate activists have spent significant time trying to convince decision makers—who were largely focused on the science and technological solutions—that climate change disproportionately affects women and Indigenous peoples. Meanwhile, the focus could also have been about how people like Mama Aleta are making the most significant contributions to climate activism, and not just about the disproportionate effects that climate has on marginalized populations.

Globally, women-led resistance movements are effectively stopping or slowing local environmental destruction that threatens our whole planet. This is happening in spite of gross underrepresentation of women in decision-making roles at international and environmental organizations, and the huge obstacles that leaders like Mama Aleta must overcome to have their voices heard.

For example, only 13.8 percent of landowners globally are women, which is a huge barrier for any decisions made about the sustainable use and management of resources; women make up less than 25 percent of roles in parliaments around the world, and hold only 12 percent of the highest government positions in environment-related sectors worldwide. Moreover, less than 0.2 percent of all foundation funding goes to support women-led environmental organizations.

Without the full participation of women and girls in climate decision-making we are losing crucial brainpower that we need to solve the world’s most complex problems. We need to reimagine what systemic and transformative change is needed to meet the scale of the climate crisis and to address historical oppressions that are also excluding people from participating in the solutions.

Just one year after the victory in Timor Island, new mining companies had already encroached on parts of the forest, and the conflict continued. Indigenous leaders were arrested, beaten, and threatened—including Mama Aleta.

The pressure on Indigenous people and the forests of West Timor remains today. Pokja OAT is now mapping 130 villages in the territory and pursuing legal and parliamentary avenues to assert a stronger legal claim to tribal forests. For her sustained efforts in defending the forest, Mama Aleta won the prestigious Goldman Environmental Prize in 2013.

As the fight to save our planet continues, it is clear that stronger climate justice movements will require us to focus our support on people, like Mama Aleta, who are challenging the hegemonic agendas, creating alternative solutions in their own lives and communities, and helping us think differently. We need a just transition, and solutions that benefit humanity as a whole—not just a select few. Until we are ready to fully embrace the fact that we are all in this together, solutions will not be attainable because we need to gather all human wisdom to tackle the most challenging problem we face today.

Courtesy: Open Society Foundation. This article was published on January 19, 2021

Laura Garcia is the president and CEO of Global Greengrants Fund. 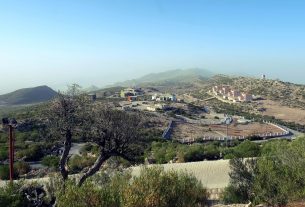 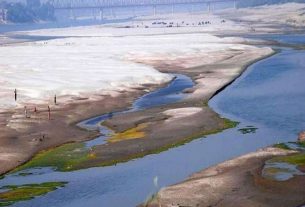 Listen to the resounding cry of dying Indus Delta