Khan Hasnain Aaqib, renowned Indian poet, writer, translator and literary critic, was born Qadam Hasnain Khan to Mohammad Shahbaz Khan on July 08, 1971 in Akola city of the Maharashtra State of India. He graduated from Akola and settled in Pusad where he teachers to graduate students. He has degrees of higher education such as M.A. in Urdu, English and History; Master of Education (M. Ed); Master of Social Work (M.S.W); L.L.B and now pursuing his Ph. D in English Literature. 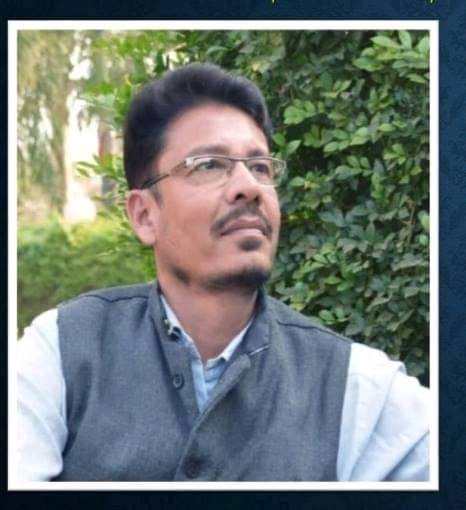 He has 18 books so far to his credit, two of which are taught in B.A final year syllabus of YCMOU University; he wrote 6 books for Diploma in Elementary Education Syllabus of Maharashtra State (4 in English and 2 in Urdu) with 10 books covering his own creative and research writing. He is invited in the length and breadth of the country for literary and curricular lectures. He is a skillful translator too. He translated from and into Urdu, English, Marathi, Hindi and Persian. By profession, he is a teacher of English at G. N. Azad College, Pusad.

Aman I see, with clothes tattered

Wealth he seeks not, nor desires any comfort

What he aspires, is his death, to avert.

Stood he, in the midst of my way

Giving his words of a heavenly pray

With no choice but this way to pose

And prosperity gladly dwelled at my palace

These were the hands of pride and ego

That let the mercy and pity by me go,

And doped my conscience for an unfair time

Then the wheel of fortune at once turned

And bereaved me of what I had earned;

Wealth I lost, wandered for my own people

This day, I am standing before you, my lord,

Now, I sublimate my soul by saying so fair

From zenith, no human for nadir should uncare!

My soul, I will be your

You are dearer to me than heaven

Why do you stay, reside in my eyes?

It beats for you, for you it sighs.

You are my only love…

It took me two years to build my home

Of five rooms, with no tower and no dome

With all my resources and labor spent,

In due course, my back had got a little bent.

How difficult it seems, I simply thought

To erect a structure on a barren plot!

Construction isn’t so easy, as they say

But destruction takes not more than a minute

And the earth gets ugly, wounded bit by bit.

These millions who die, aren’t any rulers

Then why they are targeted by merciless killers?

And to bring down so called despotic rules,

Is it fair to destruct hospitals, homes and schools?

With thousands stuffed dead in each building,

The songs of victory, how can anyone sing?

Such war is a fight, which looks so wild,

Between a professional wrestler and a feeble child

It is the debris of humanity, Uncle, and its values

On which you stand, proudly buckling your shoes.

Just be brave and focus at your home,

It needs you more than to roam

In places, thousands of miles away

Let you, and let me, let us to god pray

As it was at the time of its birth..

Is it the same land that Columbus discovered?

Then Columbus is still alive, I have heard.

And lo, to what limit has grown his appetite!

That he fights with those, who do not wish to fight.

Is it a crusade, or a deadliest simple war

To grab fuel for driving his lusty car

The appetite of Columbus seems funded by mystery

This fact no one can forget, not even history.

But Columbus must have a mind of his own

Otherwise, how long does a boat take to drown?

He has grown into an expansionist

And his hopes are just fog and mist.

His own people, thinking himself a democratic king

Can we imagine, the fire that we lit, l

Won’t return a spark or a flame out of it?

He thinks the fire he lit on a remote land

In mountains, plains or Syrian sand,

Would keep him out of the whole fuss

His role, no one, nowhere would discuss.

But it is the nature’s simple doctrine

Every act wins a reward, a feat or a sin.

So, my dear expansionist Columbus, listen to me

If you can, with your own eyes, see,

Do it in present, if you haven’t got Alzheimer

Future will turn you into past, on is its timer.

Death of a Butterfly

She rests here, serenely, in solitude

Rachel. How can I forget?

The sanctity in your open eyes

That remained unshut posthumously in a whining vogue!

The last strings of your breath

Of your so vibrant, amateur life

Shall fall scattered and broken

And will be soaking in blood.

Who would dare to eliminate

Your august and immortal words

(The last words, being, ‘ My back is broken)

The leaves may flutter

Away; but the words

That you did utter

Ah! The innocent tone of agony

And the cruel clutches of tyranny!

The sands and waters of Palestine

Shall ever be thine.

Let me spray a few drops

Of my blood into air

To commemorate your martyrdom

The bud of your life didn’t bloom evenly

But attainment of heavenly

That you brought in possession

Is envied by thousands

Your Child Deserves Better - A Letter to Parents - V 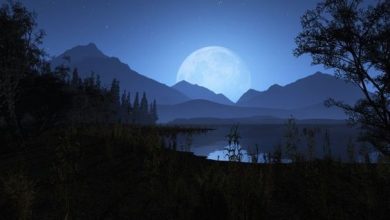 NIGHT IN THE MOUNTAIN – Poetry from Vietnam 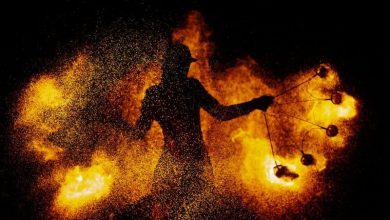 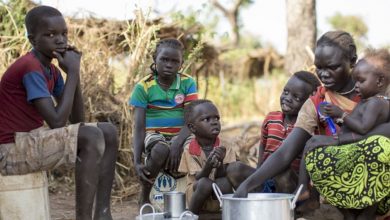 The Hardness of Life – A Poem from Sudan 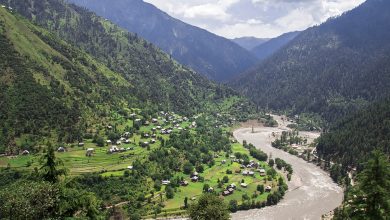 I AM NOT BARREN – POETRY FROM KASHMIR