Gulabrai played 33 Tests in the 1950s, of which five of them were as Captain, scoring 1180 runs and taking 41 wickets. He also played against Pakistan in 1955 in Karachi.

Ramchand Sipahimalani began his cricket career playing for Sindh, and, after the Partition of India, settled in Bombay, India where studied at Bombay University and continued playing cricket and earned name and fame at national and international level. In 1951, he played league cricket in England, where he was able to swing the ball more sharply than in India.

In his only series as captain, he led India to its first win against Australia. According to Wisden Asia, he was one of the first cricketers to have endorsed commercial brands.

Ramchand made his first-class debut for Sindh against Bombay in the 1945–46 Ranji Trophy. He represented Sindh in two more first-class matches, before making the switch to Bombay at the 1948–49 Ranji Trophy. In the Ranji final that season, he scored a pair of fifties (55 not out and 80 not out), batting at number 10, as Bombay registered a win.

Ramchand was picked in the Indian squad for the England tour in 1952 with his selection being called a “surprise”. He was dismissed for a pair of ducks in his debut Test at Headingly. He played all four Tests on the tour, and managed only 68 runs and 4 wickets in the series. His performance improved on the West Indies tour in 1952–53, when he was not only promoted up the order but also given the new ball. He made 249 runs at an average of 24.90 in the five-match series and took 8 wickets.

When India toured Pakistan for five Tests in early 1955, Ramchand averaged 24.90 with the bat and took 10 wickets. His notable performances in the series included a knock of 53 in the second Test after India were reduced to 103 for 7, and career-best bowling figures of 6 for 49 in the fifth Test match at Karachi.

Ramchand scored his maiden Test hundred (unbeaten 106) against New Zealand at Calcutta in December 1955. His second Test hundred came at his home ground Brabourne Stadium against Australia in October 1956, when he made 109 against a bowling attack consisting of Ray Lindwall, Pat Crawford, Alan Davidson and Richie Benaud. His knock which included 19 fours was described as “an innings of guts and gumption, studded with rasping square-cuts and full-blooded hooks.”

His next series came two years later when the West Indies toured India for three Tests. In an otherwise unsuccessful series, his unbeaten 67 in the first match ensured India held on for a draw.

In December 1959, Ramchand was named captain for the five-match series against Australia. Although his individual performance in the series was unimpressive with averages of 12.33 with the bat and 200 with the ball, his captaincy was praised in the media as he led India to its first Test win against Australia, in the second match at Kanpur. India lost the series 1–2 amid expectations of a whitewash victory for the strong Australian team. Ramchand captained the team brilliantly to victory. He always gave his team the self-belief that they could beat the rival.” This was also his last series for India.

Ramchand was an aggressive middle-order batsman who also often opened the bowling. Wisden Asia, in its obituary, described him as “a brilliant all-rounder: an explosive batsman, a very good opening bowler and a superb close catcher.” Although strongly built, he was a medium-pacer swing bowler and mainly relied on the in swinger. Cricket writer Sujit Mukherjee once said that Ramchand “looked every inch a fast bowler until he actually bowled.”

As a captain, Ramchand was remembered by his teammates as a leader who instilled self-belief in them and motivated them.

Ramchand worked as the manager of the Indian team at the 1975 Cricket World Cup. He worked 26 years for Air India, having served as station manager in Bangkok and Hong Kong. In 1995, he recovered after suffering a cardiac arrest.

He suffered three heart attacks in the two months preceding his death. He was admitted to the Hinduja Hospital in Mumbai on 1 September 2003, and, days before his death, asked the Board of Control for Cricket in India (BCCI) for financial help for his treatment. The BCCI granted only Rs.2 lakh for the treatment, saying further financial assistance would be provided if required. On 5 September, it was reported that he had been discharged from the intensive care unit (ICU). His wife Leela Ramchand had stated that “he had to be shifted out of the ICU as we cannot afford it.” He died on 8 September in the hospital due to “heart complications”. 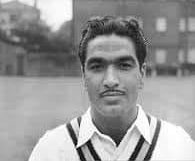 Cricket was his great passion and he followed the game with enthusiasm – so much so that the day before he died, he sent his wife out from his bedside at the Hinduja Hospital in Mumbai to get the latest score in the Test between Pakistan and Bangladesh.

Ramchand had strong views and was not afraid to air them, though he was characteristically humble and rarely sought the limelight. Several years ago, he stood at an awards function, collecting autographs of current cricketers for his niece. Suddenly a crowd of cricket fans surrounded him. A man from the crowd walked up to Ramchand and said: “Sir, my name is Mark Taylor. I am here to receive an award on behalf of my team. Can I request to shake the hand of the man who led India to their first win over us?”

Ramchand had his cricket album. He was particularly proud of a photograph that showed him being showered with garlands of marigold after India beat Australia for the first time in 1959 at Kanpur in the second of a five-Test series that would be his only stint as captain.

Ramchand’s overall record in Test cricket – 1,180 runs at 24.58 and 41 wickets at 46.31 – is not an accurate reflection of his abilities. He was a brilliant all-rounder, an explosive batsman, a very good opening bowler and a superb close catcher. In modern cricket he would have been a great one-day player.

He was the sort of figure – rare in Indian cricket – who lives on in cricketing lore as much as he does in the record books; everybody who saw him play has vivid memories of his swashbuckling style, or has a favorite Ramchand story to tell.

In domestic cricket Ramchand was a colossal performer. His first-class batting average for Bombay in the Ranji Trophy was an incredible 75.55 (against an overall average of just over 36), and his highest score was 230 not out for Bombay. His best bowling performance was 8 for 12 against Saurashtra in 1959. He was a true all-rounder in both the cricketing and the general sense of the term. He was suave and always smartly dressed, articulate, well-spoken, and a family man to the core.

Built like a boxer – and with the instincts of one – Ramchand had a trimmed mustache, which added to his dynamic personality. An aggressive, right-hand, middle-order batsman, particularly forceful when playing off the back foot, he was also a medium-pace bowler.

A jovial soul off the field, Ramchand used his tough character on it to motivate his team-mates. He later managed the Indian team on the 1975 tour of England for the inaugural World Cup, and chaired the committee that produced a film on the history of Indian cricket. A senior officer with Air India, he survives by his son and daughter, as his wife Leela too passed away a few years back. .

Sindh Courier received lots of comments by the family friends, neighbors and acquaintances, who remembered legendary Sindhi cricketer Ramchand with nostalgia. Here are some of the comments shared by those who were very close to late cricketer. Comments were communicated from India through Saaz Aggarwal, herself an eminent writer.

“Moti Bijlani (my maternal uncle) read the piece and remembered with nostalgia that while GS Ramchand was captain of the Indian team, in Sindh, he was a team player – and the captain was Kanayo Bijlani, his eldest brother!”

“He was our neighbor in Karachi. Neighbors called him Ram ‘ karo’. “karo” i.e. black because he had dark complexion.

“G S Ramchand was a great pal of my Dad. They would come and stay every year for the August 15 break… I have clear memories of him and Leela at my parents’ home. He was also Air India manager in Singapore… my parents had stayed with them. I met him on my first visit to Bangkok.

(Nalini Gera’s parents were Atur and Kaushalya Sangtani, very well-known Pune Sindhis, settled in Pune before Partition. They did a lot to help the Sindhis displaced during Partition. Nalini’s mother started the Jai Hind School in Pimpri which Nalini took over some years ago and still runs. It has expanded to include a Junior College and a College)

I used to know him personally. He used to work for AIR INDIA, posted in Lagos for many years.

Interesting article on Gulab who was married to Dr. Leela – she was my mother’s paternal cousin. Lila died some years back but the article says otherwise. So when was it written? I had dinner with them in 1972-73 in Singapore.

He was Air India manager Thailand just before Vishin took over in 1969. We met him later when he came here for a holiday.

(Vishin Hingorani was the youngest son of the eminent Dr. Gianchand Hingorani of Sindh.)

His wife, Dr. Leela Ramchand was my Mother’s cousin. Both of them visited my parents’ house in Kirkee often in the 50s early 60s especially during the Racing Season in Pune, when most of the Hindi Film fraternity would descend on Pune over the weekends.

My younger sister informs me that during that famous Kanpur Test when India beat Australia in Kanpur, Ramchand along with Polly Umrigar , Chanda Borde and Abbas Ali Baig had dinner at my parents place . Those days, cricketers were not the millionaires like today and held salaried jobs. On tours / Test Matches they were paid a pittance (BCCI was neither rich nor powerful unlike now) and so they were happy to be invited to dine with family and friends wherever possible.

Saving us from ourselves 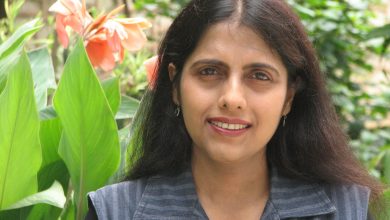 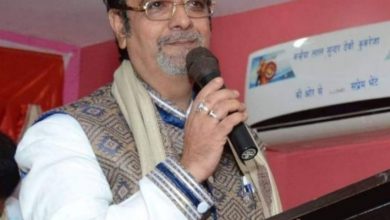 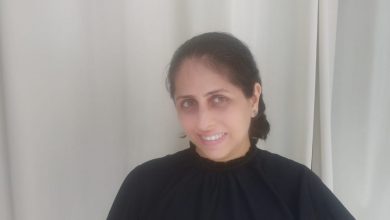 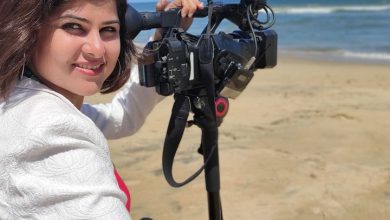 The Great Mohen-Jo-Daro Adventure
11 hours ago