Lakhmi Khilani has imbibed the Sufi ethos of Sindhu, and gushing flow of Ganges combined with intellectual sharpness and emotional intensity of Bengal. All the traits are visible in his persona and literature.

Lakhani Khilani is one of the most important writers in Sindhi language, with a substantial contribution to Sindhi short story, novel and plays. Many titles are to his credit.  He has made a mark in writing three full-length plays, among them “Wari-a- Sando Kot” based on the nostalgic memories of Sindhi migrants, depicting their sufferings and struggle to rehabilitate themselves.  It has been praised and staged several times.

Lakhmichand Bhiryomal Khilani was born in Sukkur Sindh situated on the banks of river Sindhu on October 2, 1935. His father was a big Zamindar. He was a voracious reader from childhood. Soon he began writing poetry which was of course by a child, for children, and on children. In fact its manuscript was given to a printing press which could not see light of J day as he could not muster 75 rupees from his friends, who had agreed to contribute to the cause.

In 1947 he left for Hardwar along with his family for summer holidays and, due to the Partition of the country, the family did not return back and after some time they settled in Banaras and then moved to Calcutta. “I clearly remember that it was summer and I told my dad to take me to Haridwar. It’s a holy place. Along with my family I went to Haridwar for holidays but partition happened in the same year and we couldn’t return back. We had to settle down in the new India. Initially, we settled in Banaras and then, soon moved to Calcutta (now Kolkata),” he told in an interview.

After graduating as a Civil Engineer from Banaras Hindu University he joined a Civil Engineering firm in Calcutta (Now Kolkata). Lakhmi has imbibed the Sufi ethos of Sindhu, and gushing flow of Ganges combined with intellectual sharpness and emotional intensity of Bengal. All the traits are visible in his persona and literature. In India his first story was published in 1960 in Sindhu Dhara. 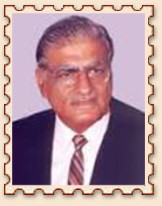 This story was inspired by a real life incident when he was approached by a teenage girl to read a letter written in Sindhi by her parents. This incident carne as rude shock and it was a wakeup call for him to be alive to the danger of losing the language, Literature, culture and entire way of life of the Sindhi community. After his retirement in 1962 Prof. M. U. Malkani, who had inspired many a young writer in Mumbai, settled in Calcutta (Now Kolkata) proved to be a great source of inspiration for him. There has been no looking back thereafter. He has been working as a cultural activist, writer and a leading figure in the Sindhyat movement which aims at preserving the Sindhi identity. He has been working at all the fronts as a man possessed!

During his literary career he has penned 23 books in various literary genres. They include seven collections of short stories, three novels, a biography of Satyajit Ray,and translations into Sindhi of three prestigious Bengali novels by Maneck Bandhopadhyay, Bimal Karr, and Pather Panchali of Bhibhuti Bhushan Bandhopadhyay, four full length plays apart from a travelogue and four volumes of essays titled Rachna Yatra. He has remained very active in theatrical activities of Sindhi Stage, having written four full length and few one act plays, directing as well as acting in many of them. His writings are rooted in the contemporary society and portray the erosion of traditional values and abandonment of cultural heritage by upper middle and neo rich class fast emerging in the process of globalization and onslaught of consumer culture. Particularly Indian Sindhi community is vulnerable to this onslaught in absence of any land under their feet and absence of a backyard. His works are scathing attack on the mammon worshiping of present day generation who may know cost of everything but value of nothing.

Apart from his work as an activist and a creative writer he has been editing and publishing a literary quarterly Rachna for past 32 years.

He had a vision to create an institution modeled on the pattern of Shantiniketan as a Cultural University dedicated to the cause of collection, preservation, and promotion of Sindhi Literature and cultural heritage of the Sindhi community. For that purpose with some like-minded friends he has established Indian Institute of Sindhology at Adipur (Kutch), the place, he is convinced, is a natural soil for Sindhi language.

He left his flourishing business to devote himself completely to this cause 25 years ago and now is working as Director of this institution in honorary capacity.

During his long years as a creative writer he has won accolades of which a few may be mentioned:

–              Central Hindi Directorate award for his short story collection Adhoori Rachna in the year 1979 and for his travelogue Man Ja Mahal Khandahar in 1985.

His writings are rooted in the contemporary society and portrayed the erosion of traditional values and abandonment of cultural heritage by upper middle and neo-rich class, fast emerging in the process of globalization and onslaught of consumer culture. His works are a scathing attack on the mammon worshiping of present-day generation who may know the cost of everything but value of nothing. His writings have been translated into many languages as well.

Although, Lakhmi Lhilani had been honored with Sahitya Akademi Award on short Story Collection “Gufa Je Hun Par” (Across the tunnel) in 1996, Sahitya Akademi Award for Translation on book Asomaya (1994) in 1998 and Sahitkar Gaurav Puraskar in 2008 by Gujarat Sindhi Academy, Gandhinagar, but he says the biggest award for him is self-satisfaction.

SAU plans setting up of first ever Agriculture Museum of country 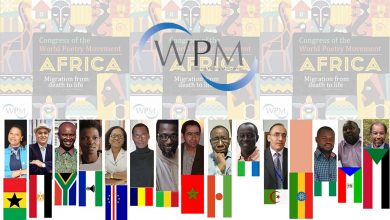 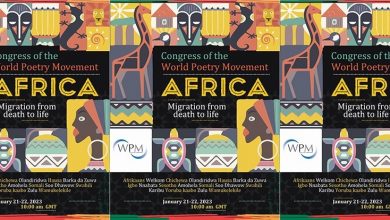