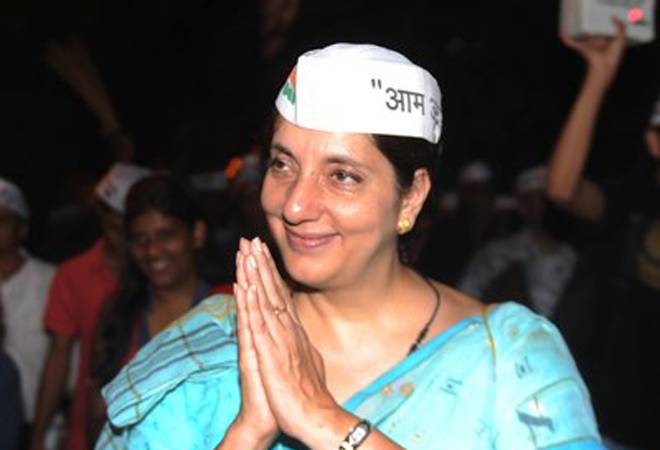 Remembering Meera, daughter of Indian Vice Admiral Gulab Mohanlal Hiranandani, a role model for millions of women, who had quit the 30-year banking career to work for the poor and bring a change in politics.

“Active Indian citizen – Author of ‘ The Big Reverse– How demonetization knocked India out” – That is how the 57 year old suave and sophisticated Meera Sanyal, a former banker described herself to the world in her Twitter handle. Sanyal’s last tweet was on the night of December 31 when she wished everyone a wonderful 2019. “…and looking forward to seeing again in due course.” But sadly she won’t be around. Sanyal , daughter of a high ranking Navy officer, passed away on January 11, 2019 after a brief illness.

In 2009, Meera Sanyal had stunned political pundits and bankers alike by contesting south Mumbai constituency Lok Sabha seat as an independent candidate against Congress a nominee. She had lost the polls but not the spirit. “Relinquished role as country executive Royal Bank of Scotland (RBS) India last night, to devote more time to governance & social issues that I am passionate about,” she had twitted in 2013 after quitting the job as banker. Sanyal had long experience as a professional having worked in global names like Lazard, ANZ Grindlays, ABN AMRO and RBS. 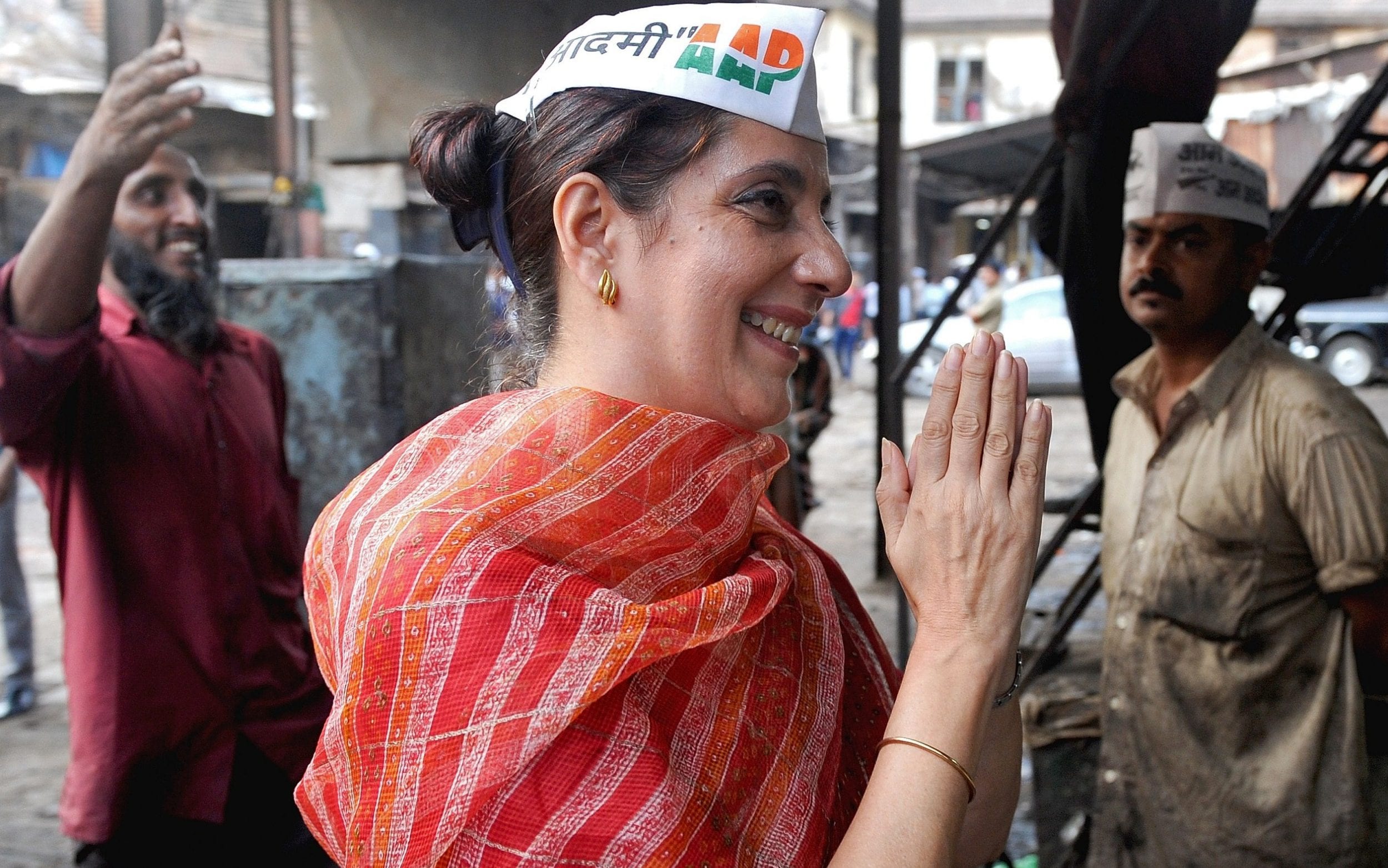 Sanyal was probably amongst the very few professionals who wanted to make a change in the Indian polity. The scams and governance failure of the rulers had further strengthened her resolve to play a role in cleaning up the political system. “People want honest and competent governance,” she had told in an interview in 2014 when she again contested the Lok Sabha election from the South Mumbai constituency as the candidate of Aam Aadmi Party (AAP). She indeed had inspired many professionals including women that they can also try to make a change in politics.

Born on October 15, 1961, Meera, married to Ashish Jiten Sanyal, was the daughter of a highly decorated Naval Officer, late Vice Admiral Gulab Mohanlal Hiranandani and Banu Hiranandani, a Sindhi family who migrated from Sindh to India at the time of the Partition of India. She was involved in banking for over 30 years before stepping down from RBS to stand as the AAP candidate. 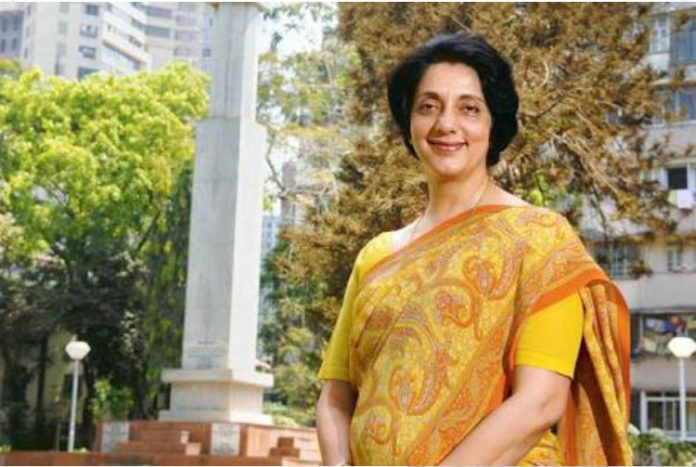 She served as a non-executive Director on the board of Pradan, an Indian non-governmental organization that works to empower women through entrepreneurship and on the International Board of Right to Play, a global organization that helped over 1 million children through the transformative power of play. She was also on the Board of Jaihind College and the Indian Liberal Group.

She was the former Chairperson of the Indian Advisory Board of International Association of Students in Economic and Commercial Sciences, the world’s largest student organization.

Her father was the mastermind of Operation Trident, the naval attack on Karachi, Pakistan during the Indo-Pakistani War of 1971. She was a Fellow of the Chartered Institute of Bankers (United Kingdom).

During her time at the RBS, Meera mentored the Micro Finance program, which financed over 650,000 women in rural India. She also chaired the bank’s Foundation, providing livelihood assistance to 75,000 women-led households in threatened ecosystems. 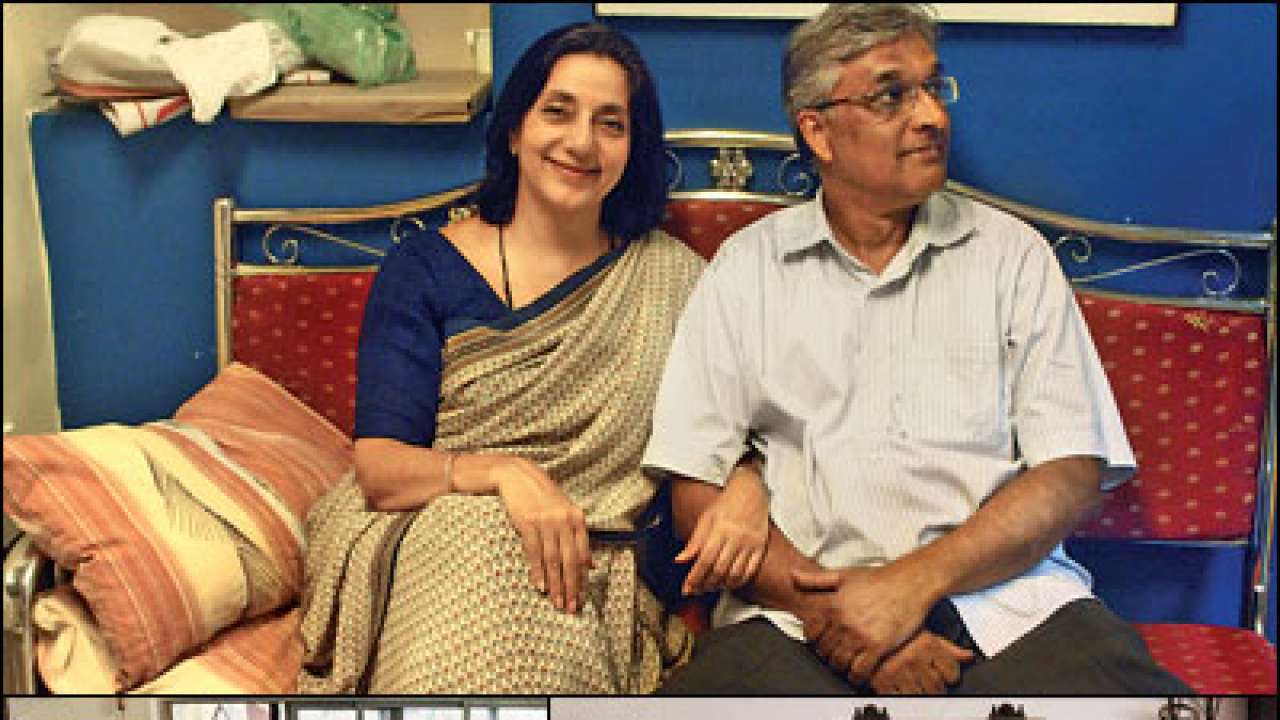 In 2011, US Secretary of State Hillary Clinton invited her as the sole Indian representative on her International Council on Women’s Business Leadership.

She had been invited to speak at global seminars such as Climate Summit in Copenhagen; Swedish Agency for Economic & Regional Growth; Women of the Future summit in the United Kingdom; Asian Institute of Finance, Kuala Lumpur; Nikkei Summit for Asian Women Leaders, Tokyo; Global Competitiveness Summit, Seoul, of Korea.

Sanyal had released a book titled ‘The Big Reserve: How Demonetization Knocked India Out’ that provided the most comprehensive analysis of the policy, its execution, and pitfalls of Narendra Modi’s decision of demonetization. In an article about her experiences in writing the book, she mentioned about her illness that she found out shortly after being approached by her publisher in November 2016.

“My poor health and the lack of verifiable information walked hand in hand for several months. There were the days when I felt the book would never see the light of day. As I stumbled back on to my feet, I decided to tackle two chapters that needed no current numbers,” she wrote. 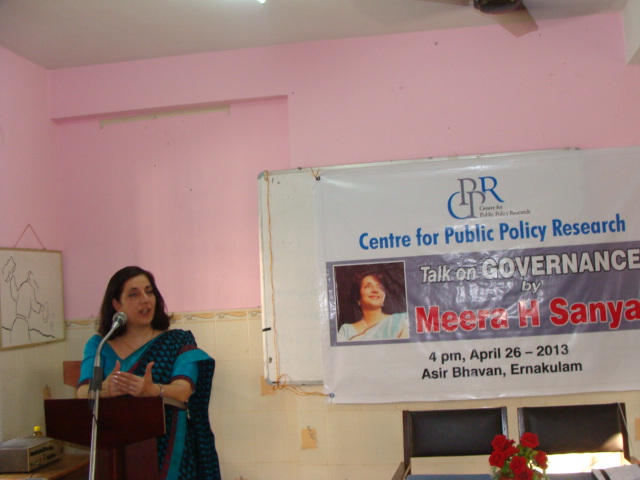 Meera Hiranandani Sanyal, who was also the President of the Indian Liberal Group, after resigning from RBS group to actively get involved in Politics, delivered lecture on Governance at Ashirbhavan, Kochi organized by the Centre for Public Policy Research (CPPR). Talking to the audience she stressed the need for active Participation of Educated people in the Democratic Process of the Country and raised the issues related with poor governance. She said, “Decentralization is one of the best options to solve local issues,” and suggested to implement the Panchayath Raj system effectively. Meera Sanyal mentioned that a country like India can become a prosperous only if the doors are open to poor. “The basic amenities of life are denied to majority of people including water, food and shelter,” she had stated.

Meera Sanyal pointed out that in India People are good in criticizing and not in participating Democracy. She said “they should realize that there is a political space and if they are not ready to occupy that space, someone else will do. There is no point in complaining about bad politicians”. She pointed out about the poor administrative system in big cities. “Basically Indians are hard-working and good entrepreneurs. But we need better infrastructure and effective implementation of law and order. Governance must be transparent and responsible”.

Along with her husband Ashish Jiten Sanyal, she ran two companies—AMP Retail Pvt. Ltd and Zanadine Properties Pvt. Ltd. Her husband was also directors on the board of Liberals India for Good Governance, a non-governmental organization.

Meera Sanyal was conferred Posthumous Life Time Achievement Award at a ceremony held in Mumbai for being a role model for millions of Indian women.

My Mom - The Light of My Life 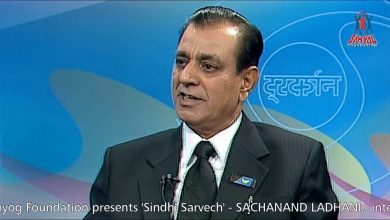 Sachanand Ladhani – A Sindhi who pioneered Helicopter Taxi in India 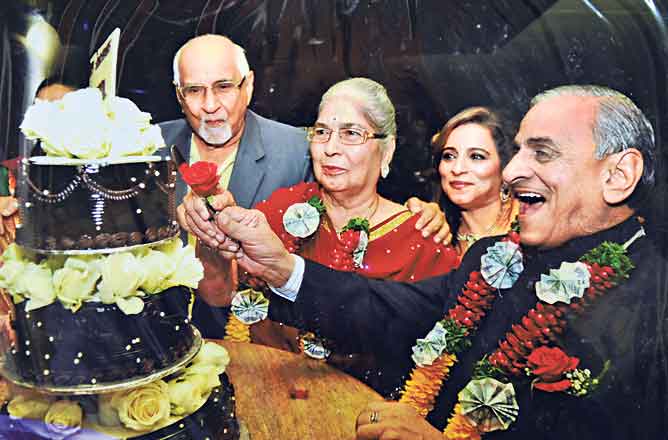 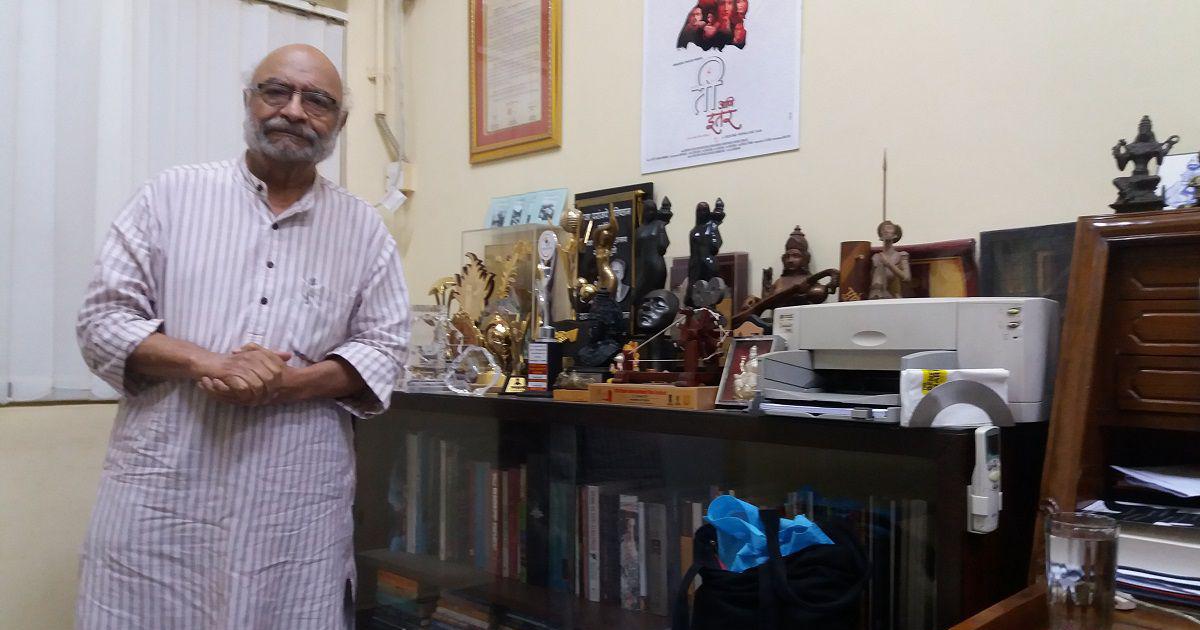