In Karachi, the Rebel Poet penned many of his celebrated works; renowned lawyer A. K. Brohi had established Nazrul Islam Academy in Karachi in 1953 to promote Bengali literature.

It was in Karachi where the Bengali poet Kazi Nazrul Islam, known in the history as Rebel Poet, came under the influence of the Bolshevik Revolution, during his posting as a Quarter Master in British Army, and he began to unravel and understand his own role in the imperial army and to the ways in which a writer was shaped by his times. 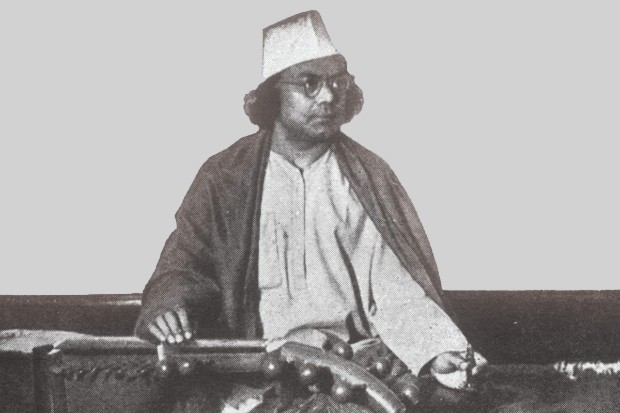 Kazi Nazrul, who had to join British Army in 1917 during the World War I when he was just 18, was serving 49 Bengal Regiment. Two Battalions of 49 Bengal Regiment were sent to the Mesopotamian front, but Nazrul stayed at Karachi. He left Karachi permanently and moved to Calcutta in 1920. Although he spent two and half a year in Karachi but during his stay in cantonment he penned several of his celebrated works. It was his stay in Karachi when he studied classical Persian poets like Hafiz and Rumi.

The literary works by Rebel Poet were appreciated in Sindh province and renowned lawyer A. K. Brohi (Allah Bukhsh Karim Bukhsh Brohi), along with other Bengalis living in Karachi setup Nazrul Islam Academy in Block-47 of Pakistan Secretariat to promote Bengali literature.

In Calcutta he had started staying with revolutionary and communist movement leaders.

The poet popularly known as Kobi (Kavi-Poet) Nazrul, had a wonderful character who simultaneously expressed love and rebellion for humanity and awakened people to revolt against oppression. 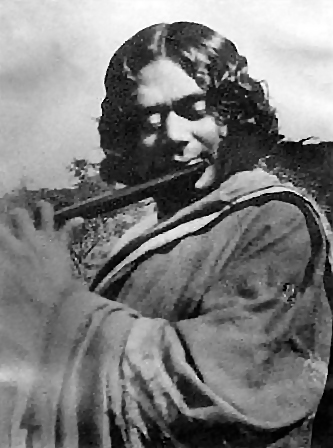 In the history of Bangla literature, his position is unique while his hundreds of songs highlighting Muslim, Hindu cultures and religions, took him to unparalleled heights in both communities.

During the massive movement against British colonial rule on the Indian sub-continent, Nazrul’s rebellious poems and songs inspired the masses. 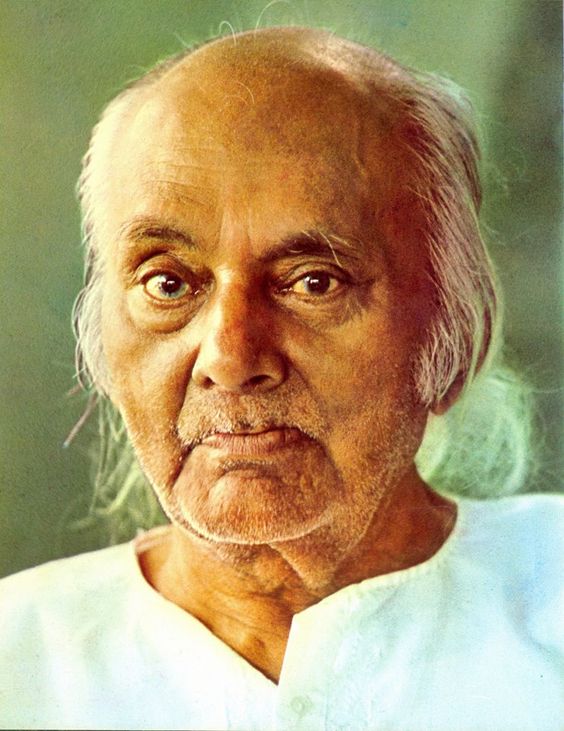 At the age of 43, Nazrul began losing his voice and memory due to a mysterious illness, which was later identified by doctors in Vienna as Pick’s disease. The rare incurable neurodegenerative disease caused a decline in Nazrul’s health and forced him to live in isolation in India, including at a psychiatric hospital in Ranchi (now in Jharkhand)

He was taken to Bangladesh’s capital, Dhaka, from Kolkata, India in critical condition in May 1972 because he lost his ability to talk and sense due to illness.

Kazi Nazrul Islam was born on May 24, 1899. His father Kazir Fakeer Ahmed was Imam of a mosque. The poverty-stricken Nazrul lost his father at the age of 10 in 1908. That forced him to start working as a caretaker at a local school to help replace his father’s income.

The teen later became muazzin of a mosque — declaring the Islamic call to prayer five times a day.

Amid huge drawbacks, Nazrul still managed to study up to class 10, or high school, but he did not sit for the matriculation pre-test examination.

During that time, he worked at a bakery and tea stall in West Bengal and performed at a local theatre.

He was given the moniker, “Dukhu Mia,” meaning “Sad Man” for the struggles he had to endure.

The poet joined the British-ruled Indian Army in 1917. Despite a career as a soldier, he wrote revolutionary poems and essays and left the military in 1920.

Career in media and revolt

Nazrul’s career as a journalist began with the publication of the evening daily Nabajug (New Age) in July 1920. He started a fortnightly magazine, Dhumketu, (Comet) in August 1922.

He was arrested and sentenced to jail on sedition charges because of his political poem, Anandamoyeer Agomone, or In Arrival of Joy, in 1923.

He wrote many masterpieces while in prison, including Obhishap (Curse), Jater Namey Bajjati (Misdeeds in the Name of Nationality) and Shikal Para Chhal (Trick of Handcuffed).

He was reputed for his poem Bidrohi (Rebellious) that inspired people to stand against British colonial regime and fight for liberation.

In recognition of his outstanding contribution to Bangla literature and culture, Dhaka University awarded him an honorary degree in 1974 while he was awarded the prestigious Ekushey Padak in 1976 — the second-highest civilian award in Bangladesh. 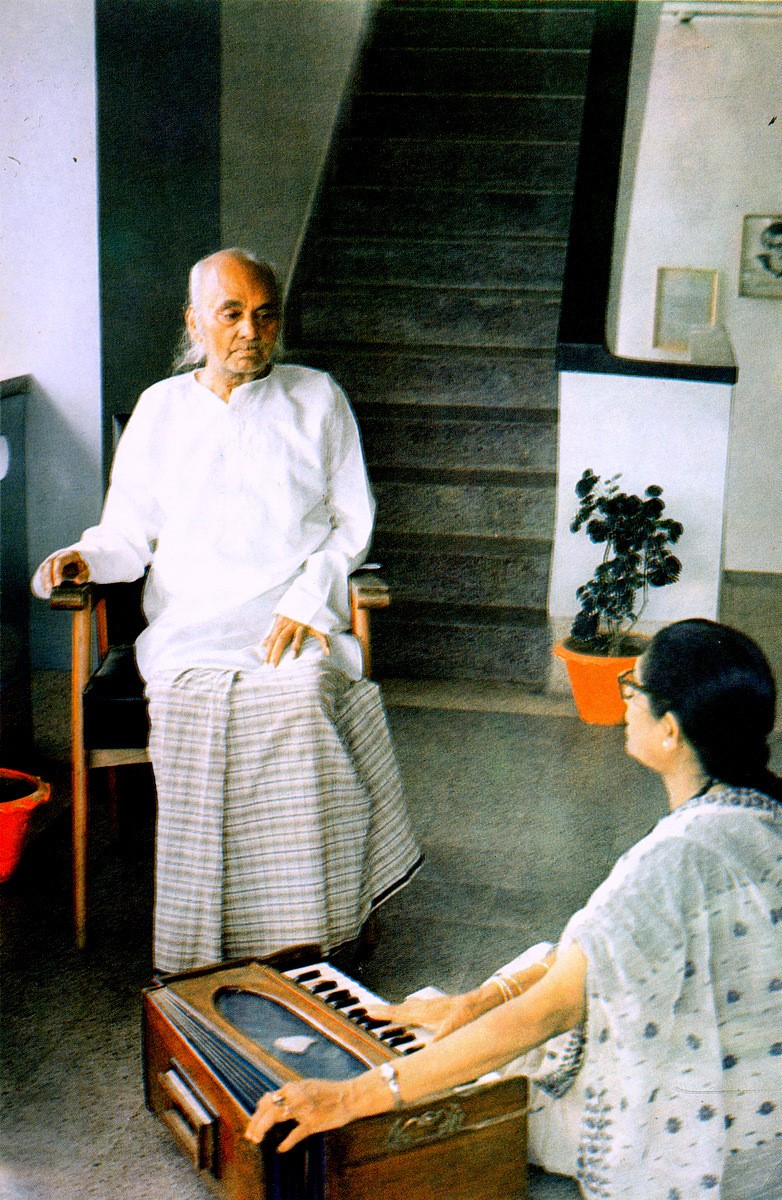 Nazrul was a man of wander who showed utmost humanity and tolerance and at the same time a thundering voice against oppression.

He wrote nearly 100 songs dedicated to Hindu Mother Goddess, Maa Kali, popularly known as Shyama Shangeet, with great respect to Kali that is even tougher for a devoted Hindu. On the other hand, Nazrul’s Islamic songs placed him in the hearts of millions of Muslims where he highlighted humanitarian aspects of Islam.

Nazrul was a man of all who surpassed religious or ethnic limitations.

Nazrul’s confrontation with the orthodoxies of both Hinduism and Islam was especially tested when he married Pramila Sengupta of Comilla for which he faced a certain amount of social hostility. He drew the ire of even members of the reformist Brahmo Samaj.

Nazrul wrote two articles, Mandir O Masjid (The Temple and the Mosque, August 1926) and Hindu-Mushalman (September 1926) as well as a number of poems on the theme of unity between Hindus and Muslims.

Nazrul wrote many poems highlighting the oppression against the working people, including day laborers and others.

The man with a great heart and broadness died Aug. 29, 1976, after a decades-long illness and was buried near the central mosque at Dhaka University.​​​​​​​

Here are few lines from his poem “Bidrohi” (The Rebel):

I’m the madness of the recluse,

I’m the sigh of grief of a widow,

I’m the anguish of the dejected,

I have risen beyond this world, alone

With my head ever held high! 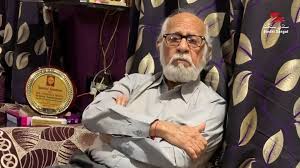 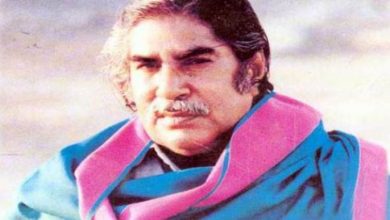 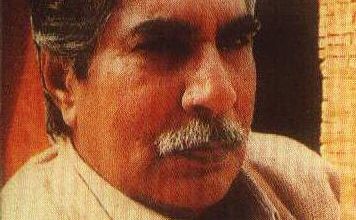 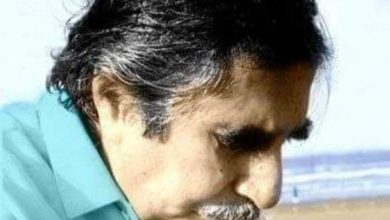