Mohen-Jo-Daro is the place where the famed Dancing Girl had been discovered and where many more treasures might still be hiding beneath the stones. Dancing Girl is captive in India since decades.

I had just arrived in Karachi, the largest city in Pakistan, when I got a message from a friend telling me about an artist I should try to meet not far from where I was staying. Heider Ali turned out to be much more than just an artist. He’s fathered creations all over the world, including painting a Pakistani “jingle bus” at the Smithsonian Institute Folklife Festival in 2002. He’d just completed customizing a plane at the airport and invited me to see it.

He was working on a matching rickshaw and VW bug at Skywings Aviation when I arrived, moving fast and painting freehand an explosion of bright colors reminiscent of black light posters and lava lamps, but different. His work included Pakistani symbols, a Buddha-type character, and silhouettes of a female figure.

It was then that I first heard the story of the “Dancing Girl.”

In the 1920s, an archaeological site named Mohen-jo-daro was discovered in the Indus Valley. There were several interesting things unearthed: Hieroglyphics that have never been translated, a Buddha figure, and a four-inch metal sculpture of a young, nude woman adorned with bangles. The discoveries were significant, proving the site to be one of human civilization’s oldest cities—dating back at least 5,000 years—and its residents capable metal-workers.

The popular sculpture was nicknamed “Dancing Girl” because of her pose. In 1946 when India and Pakistan were still one country, the statue was loaned to the Delhi museum and got quite a bit of international attention. The next year, the countries were partitioned into two independent nation states. When Pakistan asked for its treasure back, India said no. It became a stalemate, with no hopes of getting the piece returned unless international powers intervened.

Before I left my meeting, Heider asked me if I might be interested in going on one of the planes to visit the ruins. Who wouldn’t? My plans for the following day were either negotiating an 18-hour bus ride to Lahore or booking a crowded train to somewhere. A private plane ride was definitely an upgrade. I really didn’t expect anything to materialize, but it was a crazy fun thought: Hopping on a plane to look at ruins on the other side of the country—that’s Indiana Jones stuff.

As I wrapped up the rest of my day visiting the sites in Karachi, I got a message from Imran Aslam Khan, the owner of Skywing. He was going to get a couple of four-passenger planes ready for the following day. One of his biggest passions is bringing international attention back to Mahenjo-daro, which was listed as a UNESCO site in 1980, but for reasons unknown, has never had any more archaeological digs, nor much attention. It’s estimated that only 20 percent of the site has been unearthed.

Imran informed me that he’d contacted the media to let them know that a foreign journalist would be writing about the site. They were interested in writing about me writing about it. I was at the airport early the next morning but a military exercise postponed our flight until mid-afternoon. He set me up with a student flight pass, and we talked a little more about the site. It looked like this might actually happen. Suddenly we were cleared for takeoff and on our way! 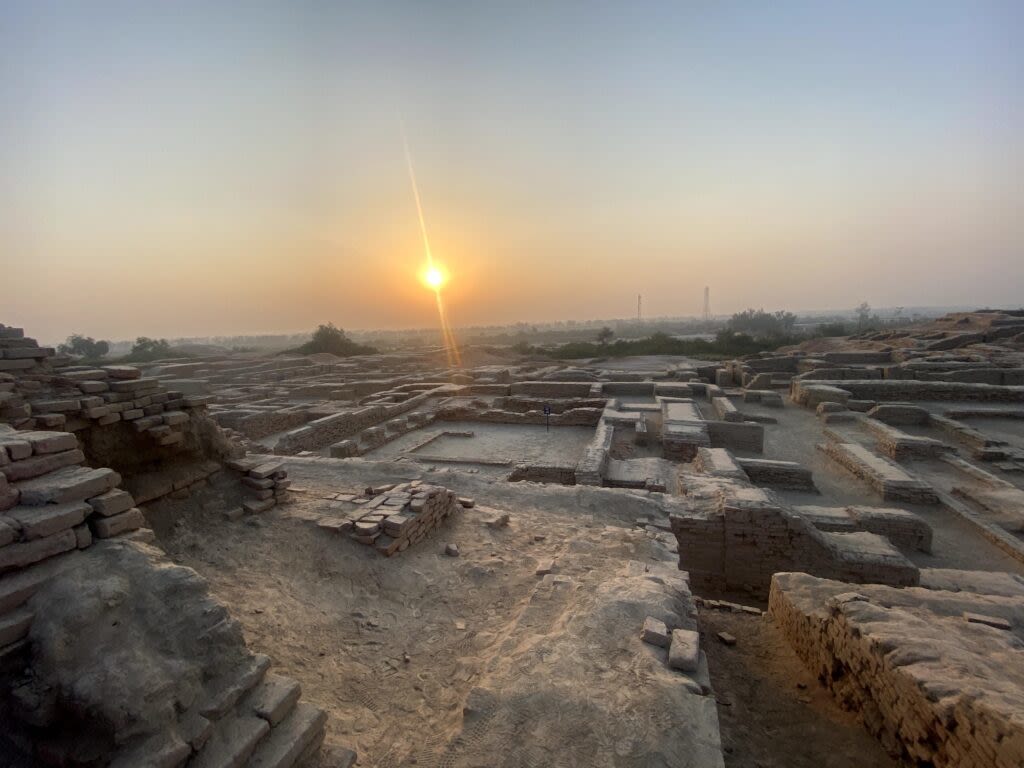 As we ascended over Karachi, it was easy to see how dry the area really was. A few miles past the outskirts of town, there was desert and no trace of civilization, but two hours later the land suddenly became green. We were approaching the Indus Valley, which had been fed by the Indus River for thousands of years. We landed on a closed airstrip that had been temporarily opened for our visit. Security waved us through to our awaiting hosts, and we hopped in the car to speed to the ruins.

I had been told there was going to be press, but I was not prepared for the reception awaiting me. There were at least a half dozen photographers from various news sources as well as a huge group of locals who’d just come along to see what all the fuss was about. It was as if George Clooney or the U.S. President was visiting. There were cameras going off, videos being recorded, and microphones appearing from nowhere. Suddenly I was doing interviews about my visit to Pakistan as well as selfies with countless cell phones.

We headed to the ruins, which were unlike anything I’d ever seen. There was a large central mound in the center of the site. Below, stone walls divided what had once been rooms and buildings. This is the place where the famed Dancing Girl had been discovered and where many more treasures might still be hiding beneath the stones. The ruins, only partially excavated, extended as far as I could see. It would take hours to navigate the main parts of the site, but we had much less time because of the military delay.

I only had a short time to absorb the magnificent ruins, before we were off to visit a new resort Soomra Safari Park. The park’s centerpiece is a giant man-made lake with themed lodges on the shore as well as two floating in the middle of the lake. Hitched nearby was a wagon with colorful decorated oxen for a photo-op to the boat, but the animals were a little overwhelmed with the sudden crowd and deafening music, so we headed straight to the boat. The resort is an amazing achievement, and I was really puzzled how they had created such a huge lake. I got to steer the boat to the other side where there was a copy of the ruins we had just visited. I climbed up the peak and was able to look down at the resort and the rest of the valley. It was amazing how different this part of Pakistan was from Karachi.

The resort was full of lots of surprises. Once we returned to the other side, I caught a glimpse of some monkeys while the bhangra, a traditional dance from the Indian subcontinent, band went into full swing and we were seated at a long table. Dozens of plates appeared from nowhere with seemingly infinite meats, vegetables, and rice dishes. Many I recognized, but I had never tried a lotus rootlet before. It had a delicious taste, however as I bit into it, hundreds of spider web-like strands appeared—a most unusual vegetable. Then again, the entire evening was odd, with old men dancing and music playing until it all stopped and the boss gave someone the “I’m about to speak” signal.

“Would you like to go into the haunted house?” he asked. A haunted house in Pakistan? Was this a joke? In a town in the middle of nowhere no less. I was assured that they weren’t kidding. The haunt was fully staffed and the monsters were anxiously awaiting my visit. There have been few days in my life where I felt like the whole world revolved around me, but this was one of them. 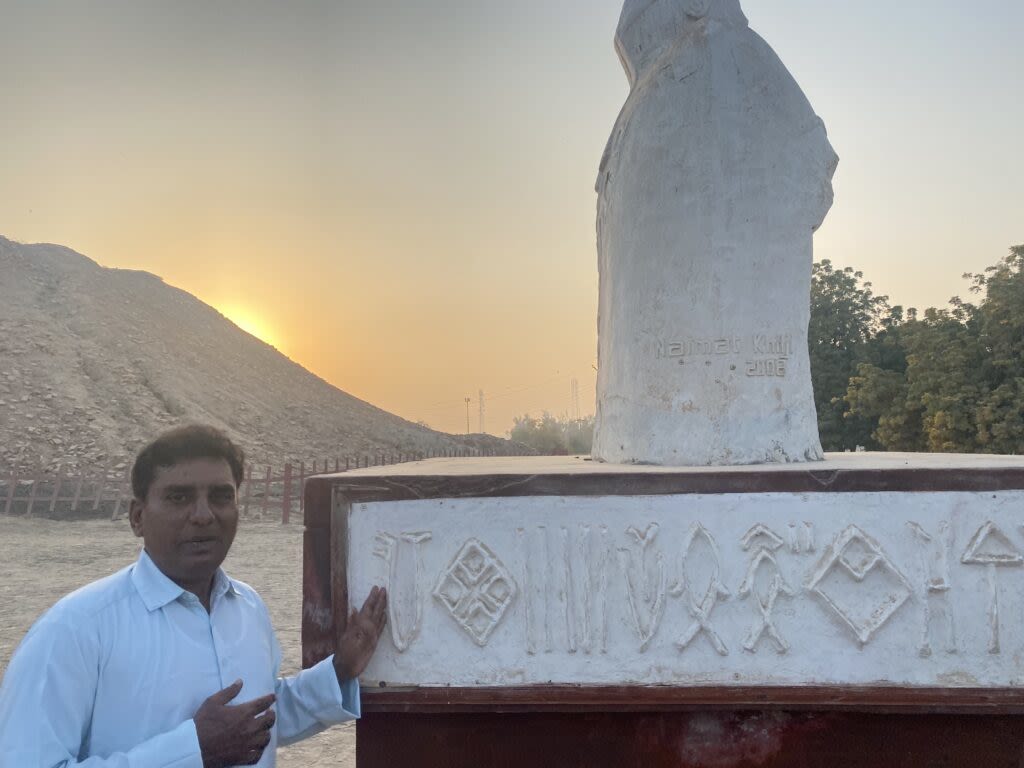 Everyone was watching me to see if the American would take a chance in the dungeon of doom. “Sure,” I said. The table was cleared and I was guided to the menacing barn with strobe lights. It was just as awesome as the time I watched a live Rocky Horror show in New Zealand. A copy of a copy of a copy is always entertaining, and I must admit, they did a pretty good job.

We took a few hundred more selfies and headed back to the airport for the 2.5-hour flight back to Karachi on a plane known as Baby Shark. It was quite the adventure for me, but for the town, it was a time to showcase their priceless archaeological treasures. It also was a good test run for the new weekly service that is going to take tourists from Karachi to the ruins on a similar itinerary.

Pakistan is an almost overwhelming symphony of sights, sounds, smells, and flavors. It’s so different than the rest, but also so interesting because there’s never a dull moment and there’s a constant stream of unexpected things. The people are the most hospitable that I’ve met in the entire world. It’s as if everyone I met was hired by the tourism board to make sure my visit was perfect.

Pakistan is working hard to show the world that it’s shed its connections to the Taliban, and the entire country is intent on showing its treasures through peace and tourist awareness. 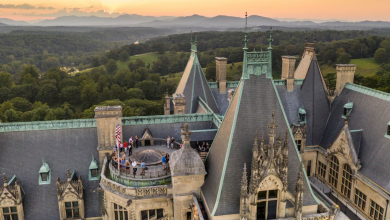 Together, on the hillside 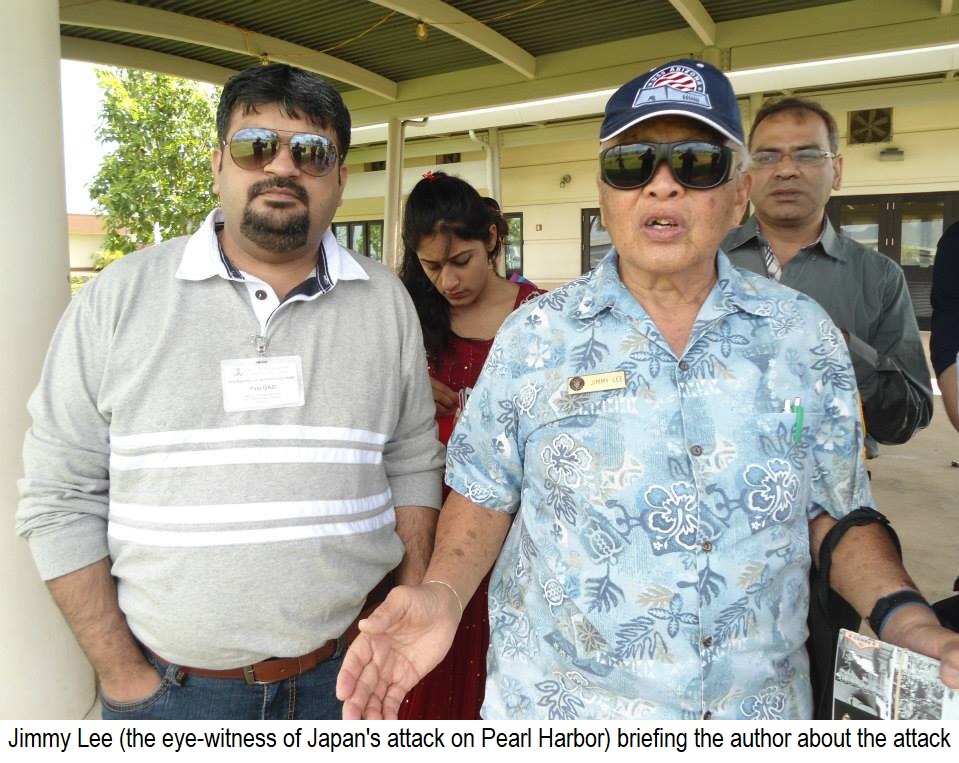 Arizona, and beyond the shores of pacific