Mattar has lived through four wars; her first at the age of eight, and her latest in May 2021, while on a visit to see her parents and three younger siblings. She says it was her way of surviving. “My art is painting experiences from my heart – it represents me.”

In 2014, Malak Mattar was a 13-year-old in Gaza whose career as an artist was about to begin amid Israeli bombardment of the besieged territory. Looking for a way to “discharge negative energy” and escape the “fear of death”, she picked up a box of watercolors and began to paint. She says it was her way of surviving, adding: “My art is painting experiences from my heart – it represents me.”

Mattar grew up in Gaza City, close to its port. Her father is from the village of Al Jorah, now called Ashkelon, and used to work in the Palestinian Foreign Service. Her mother is a UN Relief and Works Agency English teacher from al-Batani al-Sharqi, just outside Gaza. Mattar has lived through four wars; her first at the age of eight, and her latest in May 2021, while on a visit to see her parents and three younger siblings. She says that the trauma of war is something she carries within her. “It’s not something that can be let go of, shaken off; it seeps into you and becomes a part of you. How can you process something that has not ended? People don’t survive war, it affects your mental health.”

Mattar is now 22 and her work has been exhibited in 80 countries, including the US and India. However, travelling outside of Gaza has been difficult for the artist, as visa restrictions for Palestinians from the territory are stringent in many countries. The process is so difficult that she has largely given up trying to apply, saying: “Sometimes I would think the world itself is the prison, not Gaza.”

She has nonetheless moved to Istanbul in Turkey, where she studies International Politics. With an older sister also studying there, Mattar lives in the city’s Beylikduzu neighborhood. But while Istanbul has a lot to offer in terms of art, the city doesn’t feature in her work; her inspiration runs closer to home, rooted in her identity as a Palestinian. “I am thankful to be in a place where I can see beauty, visit museums and art galleries, but my art hasn’t been influenced by these surroundings,” she says.

Women feature heavily in Mattar’s art, and the ones she paints serve almost as a vicarious outlet. “The women in my artwork have more freedom than me,” she says, pointing out that while living in Gaza, her own travel was restricted because of her nationality. Mattar says that while her first pieces of art were darker in colour and content, she quickly made a decision “not to paint [the] war, demolished buildings, and death” that she witnessed around her. “I chose to paint something people could look at for some time.”

Mattar’s work is a world of feminine energy: she paints mostly women, either people she knows or passers-by. “It’s not intentional,” she says. “Without even realizing it, I find these women’s faces on my canvas.” It’s important to Mattar that these women, and her homeland, are seen and remembered.

Her work also features symbols of Palestine, like the oranges featured in the painting above. “It’s my way of connecting to home,” she explains, adding that olives, pomegranates, birds and other wildlife also feature in her paintings. “We need to live in beauty; it wasn’t found in the Gaza Strip, so I created my own reality.”

The women in this painting pose with their heads tilted to one side. “If you stand straight, upright, it shows you are stable, but with a head tilted to one side, it evokes a feeling of being broken, a weakness,” Mattar says. “We are humans, living through wars, through brutal moments… the endurance sometimes slips.”

The halos are inspired by a school trip her mother took her on to Gaza’s Roman Catholic Holy Family Church. Mattar explains that she was taken aback by the ceiling images inside the church and that by adding the halo to her figures, she is imbuing them with the quality of spiritual strength and power. She would like to one day create a space for women, especially female artists, who she says are always having to self-censor. “Self-censorship is a disease, the opposite of creativity. Freedom is so important for expression.”

Animals also feature strongly in her art, and represent those she saw while growing up in Gaza. Mattar tells Middle East Eye the colorful tropical birds she paints are inspired by those owned by a neighbor, who kept them in a cage on his balcony, and the exotic fish recall the ones available at the pet store, which has since been destroyed in an air raid. Horses are a reminder of children riding along Gaza’s beach front.

Here, the woman in The Only Zebra in Gaza wears a dress heavily embroidered with images of exotic animals, including a zebra. “Gaza once had a zebra in its small zoo, but after an air raid it died along with many of the animals. The zookeeper, heartbroken by the loss of his dear zebra, bought a donkey and painted it in black and white stripes,” she recalls.

Another regular feature in her work is the white dove, the symbolic sign for peace. After the Nakba, the white dove featured heavily in the works of Palestinian artists Sliman Mansour and Tamam Al Akhal. Mattar says: “They were hoping for peace, and a return to their homes, peacefully. I also have this wish to live safely, but now the symbol’s meaning has changed: peace will only start when illegal occupation ends.”

Mattar is also inspired by the Palestinian conceptual artist Mona Hatoum. “Her ideas are really smart… she’s Palestinian but also international, and tries to see the world through Palestinian eyes. Her artwork is political, without intending to be.”

Another influence closer to home was her maternal uncle Mohammed Musallam, an abstract painter and illustrator whom Mattar would watch paint as a child. “He would also create works of art from soil, tree leaves, even passports – it was fascinating to watch.”

Mattar wrote and illustrated a children’s book in 2021 called Grandma’s Bird, and hopes to complete her bachelor’s degree this summer. She also has more exhibitions lined up, with one in Turkey and another in Italy. Referring to the latter, she says: “This time, I’ve applied for a visa.” 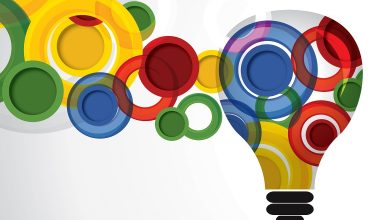 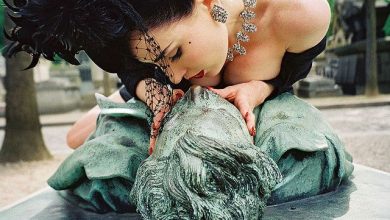 The Story of Victor Noir & the Sexiest Tomb in France 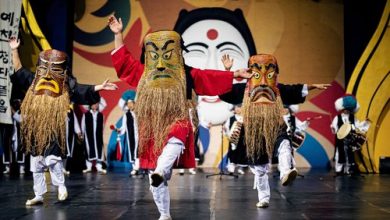 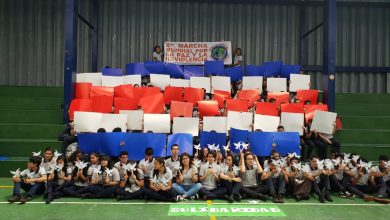 Cultural Initiative for Peace and Nonviolence