Yuan Hongri (born 1962) is a renowned Chinese mystic poet, and philosopher. His work has been published in the UK, USA, India, New Zealand, Canada, and Nigeria. 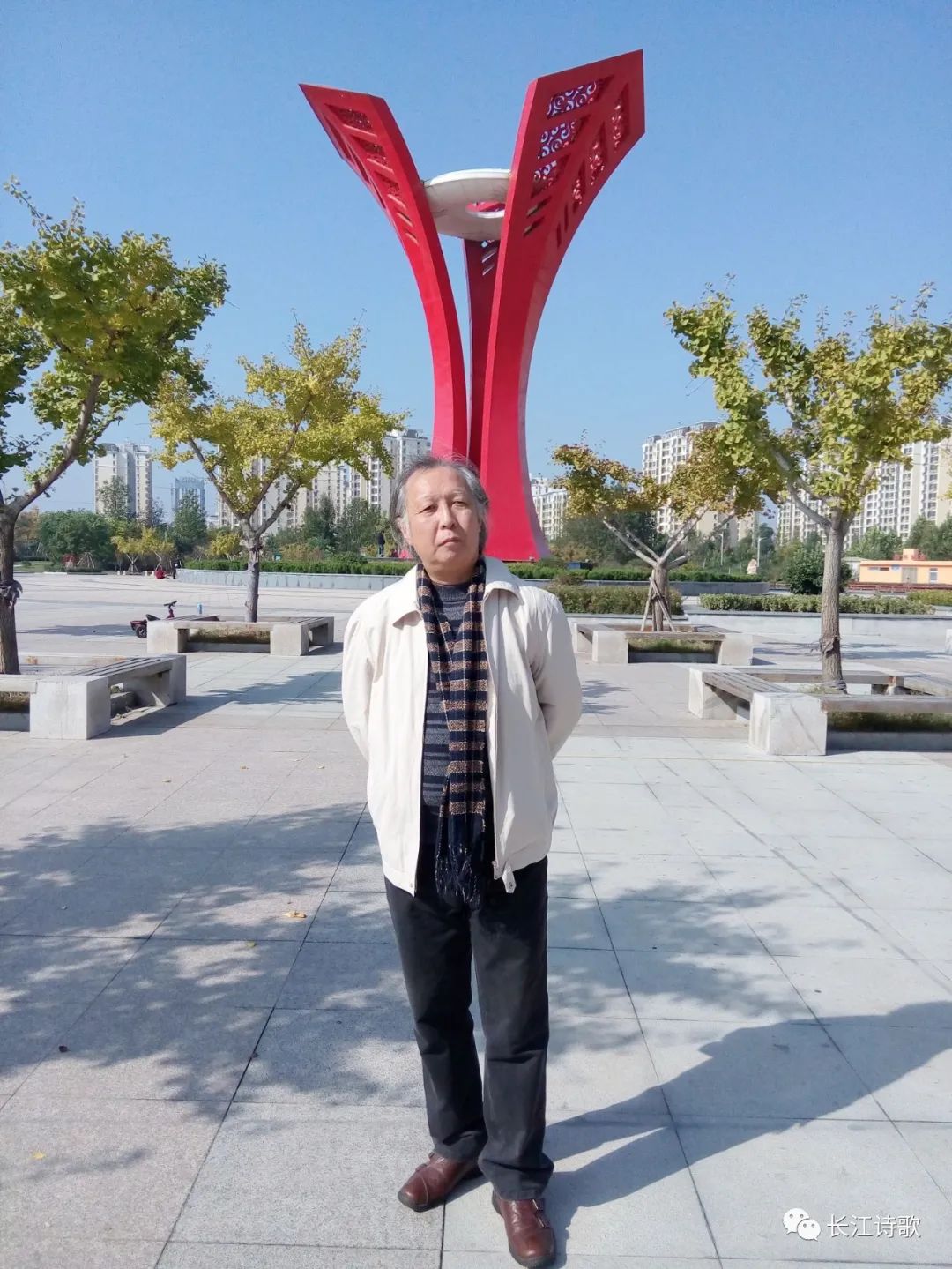 The golden sidestep of the days, ah!

The long corridors of gold

Carved with the rounds of

I walked into the rounds of

The mirror of the sun

And saw the palaces of gold.

Singing the prehistoric stories to me

I am the golden sun.

I flew in the crystal universe.

To date the magnificent gold palaces

Still waiting for me in the sun

To date the golden sun

Singing in the universe!

The dragon and phoenix are my mounts.

The wheel of the golden sun

It’s all my hometown!

Laughing at me in the universe

The huge dragons and phoenixes

Flying in the crystal space!

Flying down from the sky

The new golden seas of time!

I saw the huge castles, ah!

Standing above the ocean

In the sky with red clouds wafting

The cities of crystal, ah!

I was riding on a golden dragon, ah!

Flew to the golden space,

Turned into the golden lights, ah!

And flew into the wheels of the sun!

The golden flames of the sun

Smiling and opening to me.

I saw the giants, ah!

Lived happily in the sun

The magnificent palaces of gold, ah!

Were exactly their masterpiece!

The flowers of the jewels and gold, ah!

Were in full bloom in the gardens of the sun

The pavilions and towers of crystal, ah!

The lines of words of jewels

Encased in the walls of gold

Smiling to you gladly!

The massive painting that engraved by gold

Hung in the center of the main hall

The huge dragon and phoenix

Singing joyfully in the sky,

Made me to forget the time suddenly!

Was the kingdom of Gold!

They had neither night

Nor years of the world

Seemed to be their one day!

They had no worry

Sparkling the light all over their bodies,

Smiled gladly all the time!

Could change the universe,

Let every star in the sky

To turn into the beautiful home!

Countless hundreds of millions of years ago

Even the little earth

Was also their works!

With their own spirits

They created the universes.

In that distant space

They were engaged in creation.

The whole change of mankind

Has already existed in their eyes!

They were the ancestors of mankind

And were filled with affections to mankind,

And all the wisdom of mankind

Had come from their transmission!

They have come to the world,

And the cities of gold!

Lived and reproduced on the earth,

To have human today!

Are still shining in space

All the past time

Are all in another space!

The prehistoric civilization of mankind

Will come fortunately again to the world,

As if the underground seeds

Sprout and bloom on the ground.

Will be brilliant youth!

That miraculous science and civilizations

Will illuminate the new history!

And will be young again.

The flames of his heart, ah!

Will make himself transparent.

Will wake up from the stone

The bright and holy lights

Will turn into the springs!

Will go out of the sun,

With the wisdom of those lights

Illuminating the time-space of mankind!

The golden halls will appear

In the transparent oceans,

Towards the coast of mankind!

In the silent mountains

Will ring out the joyful songs,

Will flow into the paradises of mankind!

I opened the doors, ah!

And saw the space-times,

Laughing before my eyes!

The countless eras of light

Are coming up to us

The cities of crystal

Blooming in the new time-spaces!

The great flowers of civilization

Blossoming in the seas of time-space

The rounds of the golden sun

Are also laughing and singing in space.

The countless cities of gold

Blinking towards me in the sun,

I saw that heaven and earth

I opened one door after another

And flew into a sun after another

Those giants of the sun, ah!

Working on the sacred creation

Let the gold of time

To turn into the countless paradises

And created the magic sciences

And that holy arts!

I heard the rounds of the sun, ah!

Singing to me in space,

As if there were countless suns

Sending out the golden lights!

I entered the universes

And opened the time-spaces

There were also the rounds of the sun.

The stars of time, ah!

Shining in the space of crystal

Turned into the bright lights

And agglomerated into the sea of the universe!

All the wisdom of the world

Came from the deep space

The seas of time, ah!

Were pregnant with the countless suns!

All the future of mankind

Were enshrined in the sun

The future pictures of the mankind

Will shine the joyful lights!

Every wanderer of the world

Are all the descendants of the sun

The countless centuries ago, ah!

Were all the golden giants!

Opening the picture books of the time, ah!

The mankind had been incomparable tall.

Was just a little giant

Before the birth of the earth

The countless stars of the universe

Had all been the human homes!

The changes of mankind, ah!

Determined the course of the world!

The future of mankind has been arranged

In the golden palace of the sun,

As if the huge pictures

Were enshrined in the rolls of golden book!

The golden books of the sun

Shone the words of gold,

The lines of mysterious words, ah

All kinds of issues of human creation, ah

Came from the revelation of the sun

Only the Holy Spirit

Could understand the words of the sun!

The giants of the sun, ah!

Were the masters of the sun

The rounds of the great suns

Were the lights of their hearts!

They were the ancestors of mankind, ah!

They were the earliest human.

I heard their singings

Calling me days and nights

That sweet and moving singing, ah!

Were the cups of beautiful wine!

I saw the lines of words, ah!

Shining in the palace of the sun

Gave me the limitless comforts!

In the layers of the heavens

They were concomitant with me.

Watching me on the earth

To create the new poems!

Shining in my eyes

Turned into the lines of words

And wrote the new poems!

Perpetuated in these poems

The bright future of mankind

Turned into the pictures

I opened the rolls of golden book, ah!

Were full of my name

Have already had my volumes of poetry

I don’t know if it’s today

Write down these words

Or hundreds of millions of years ago

Had already written them!

Or in the distant future

Were enshrined in the future golden hall.

The time of miraculous change, ah!

You incarnated into everything.

The mysterious and distant prehistory

Is maybe the human future!

The leisurely change of the universe, ah!

Is maybe the phantom of the mirror

Is exactly the divine eternity!

Is maybe just you and me

Everything will be vanished without a trace.

I saw the lines of words

Shining in the palace of the sun,

Incarnated into the golden lights

And flew into my chest!

I was infinitely joyful in my heart, ah!

And saw the picture scrolls.

Smiling on the ground of the world!

The transparent and flashing earth, ah!

Were her gorgeous dress!

The green mountains of Jadite

The blue eyes of the sea, ah!

The sky was glittering and translucent as the gem.

The cities of light

I opened the picture books of time

And saw the giants.

They were flying in the air, ah

Rode in a huge spaceship!

Took their greetings to them with smiles

In the vastness of space

They set up the homes

Twinkled with the surprising wisdom

Each of them was the mountainous figure and athletic

It seemed to have insight into the future.

Everyone was chivalrous, ah!

And filled with holy love!

I looked at the picture scrolls, ah!

As if I had felled asleep

Also as if to return to the past

The time of hundreds of millions of years ago!

The golden discs of time, ah!

You spine the wonderful music

All the future of mankind, ah!

Were stored worshipfully in your chest!

The new giants will appear

In the changing space leisurely

To bloom again in the space!

The gates of crystal

Every space of light, ah!

Have the rounds of the sun.

The sacred fires of the sun, ah!

Will turn into the gold of the time,

And built the palaces of civilization

In the future centuries!

The flowers of science and art, ah!

Will blossom in the gardens of the world

The lights of the holy civilization

Will be turned into a completely new sun!

The huge flowers of the universe

Will be the human homes

That stars of the time

Will be turned into sweet wine! 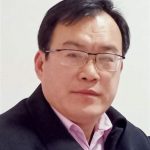 Yuanbing Zhang (b. 1974), is Mr. Yuan Hongri’s assistant and translator. He is a Chinese poet and translator, works in a Middle School, Yanzhou District, Jining City, Shandong Province, China. He can be contacted through his email- 3112362909@qq.com.

March Rain – A Poem from Peru 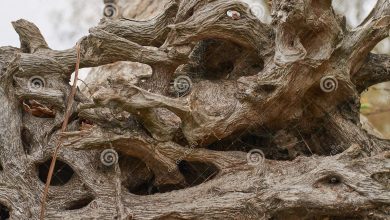 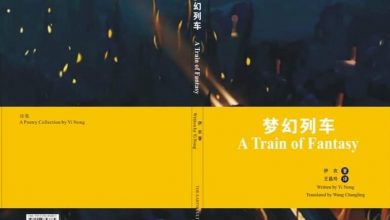 A Train of Fantasy – Poems from China 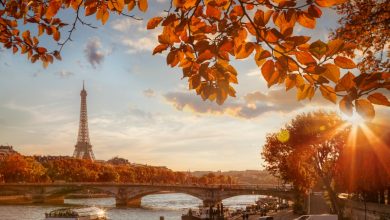 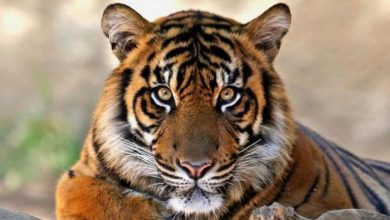