Economic opportunities for rural women can be created supporting them to open Sindhi food stalls at all the tourism sites across the province.

None could disagree that Sindh is rich in its tourist sites. Its locations offer a diverse range of choices for tourists. This part Pakistan is abode of an oldest civilization of the world. The value addition is its scenic beauty – vast deserts, unique Karoonjhar Mountain in the desert, Khirthar Mountain’s robust presence, lakes’ tranquility, and natural vegetation with tempting fragrance.

Among all these is the Moen-Jo-Daro in Larkana district, the archaeological site that symbolizes the Great Indus Civilization, the destination of many foreign tourists and the researchers who use to visit here to witness the wonders of 5000 years old civilization.

In view of the frequent visits of foreign tourists and researchers, Sindh Rural Support Organization worked on certain ideas to create economic opportunities for the rural women of the area.

A lot of ideas were listed, and a considerable number was tested. However, the idea took sound footage, when the European Union’s initiative – Sindh Union Council and Community Economic Strengthening Support Program (SUCCESS) came in. It opened new vistas for rural women. An idea of triangulation surfaced – income, tourism and food services. The idea took fertile ground on an earlier experience of Ms. Hakim Zadi. She lives is in the village near Moen-Jo-Daro and River Indus. She was gradually moving forward, and before the project’s launch she lived with the below poverty line, nearly sustained living. However, in 2015 the SUCCESS interventions were enacted in Sindh’s northern districts. She welcomed it as an opportunity to liberate her family from abject poverty. She followed the social mobilization processes– became a member of the community organization, saved accordingly and qualified her for the loans and financial support. 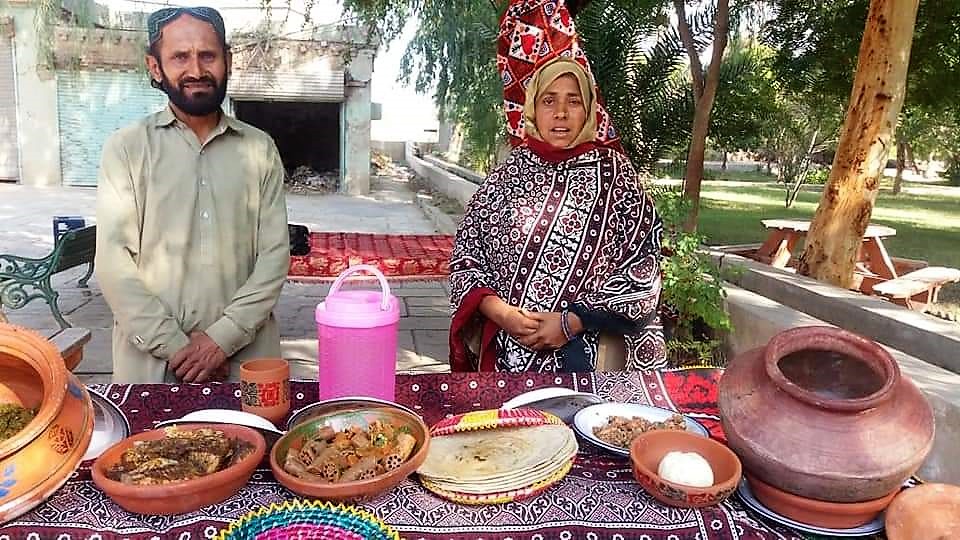 Presently, her village organization is also a member of the local support organization. Hakim Zadi regularly attended SRO’s entrepreneurship and managerial trainings. One day, she got an idea that how she could build on her cooking skills. She discussed the idea with her family members – all believed in her skills and trusted her. Now question was of start-up finance. She through her organizational layers contacted the local support organization, and even the SRO’s particular team. She got the required amount and technical assistance. Now next step was the location, where she should install her stall.

She was of the view that the project has imbued a new energy into her life. Laughingly, she added that she used to underestimate her skills and scope of food services. Therefore, she decided to cook only Biryani and sell it around the city. But training and exposure enhanced her horizon. Soon, she explored the other sites. On my enquiry she told that since childhood, she has noticed that traditional foods were not available at Moen-Jo-Daro site. Therefore, most of the tourists either bring their own foods or purchase unhealthy and unhygienic foods from local vendors.

“After getting required funds I decided to open food stall named Sindhi Khadha (Sindhi Foods) at Moen-Jo- Daro. I added value to my food service by offering cooked item in traditional pots with a full decoration. Quickly, my stall got a attention,” Hakim Zadi told. 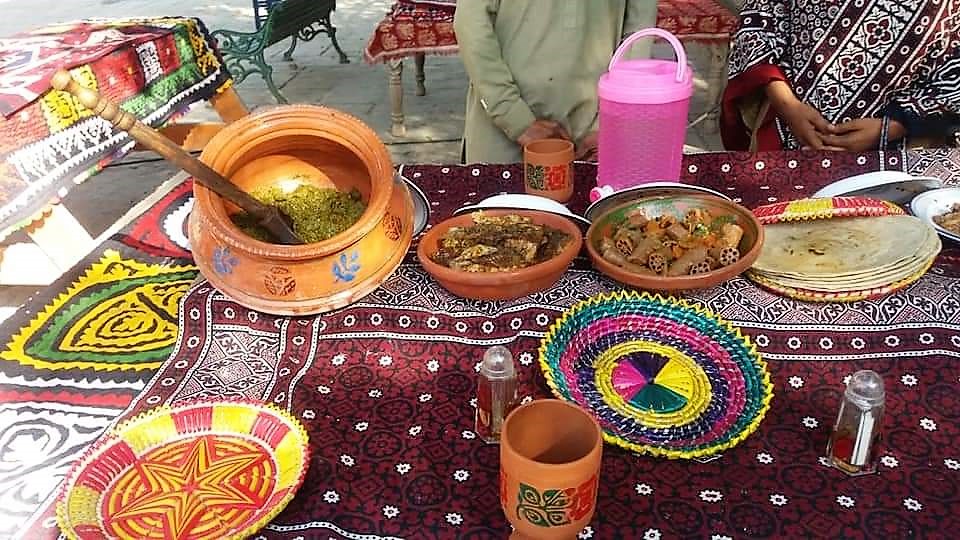 However, amidst the right path towards success, the COVID-19 landed and she was compelled to halt the services. But, she immediately switched to online ordering and opened his Facebook and WhatsApp accounts. One day, I asked her what change she has noticed in his persona. She in a non-stop way told, “First I used to think rural people have only two options – plough the landlords’ lands or labor in government’s construction projects or build wealthy men’s houses. But now new world has opened before my eyes.”

She believes in her strength. Organizational association has empowered her a lot, and everywhere she sees business opportunities – cattle rearing, clay wearing, organic foods, traditional sticking and micro-forest. She added that apart from financial benefits, she has also earned respect, and fellow-women seek her advice as a successful entrepreneur.

Now, ‘Sindhi Khadha’ has become their family business and trade mark. I asked her why she calls it ‘Sindhi Khadha’? An instant response came – ideally the brand name should be Moen-Jo-Daro Foods, but she feels it as disrespect to Moen-Jo-Daro, Sindh’s only global identity. Noticing her jubilant mood, I enquired from her, “Are you assured that people of Moen-Jo-Daro must be eating the same items, she is serving the tourists?” She became silent for a while, and suddenly blushed – I am not sure, but believe, our forefathers must be eating wheat and rice chapatti and their curries surely included various pulses and beh (lotus roots). Hakim Zadi’s instant and innocent response made me laugh, she also giggled.

The friendly environment encouraged her, she proudly said her village Balhreji is a member of Moen-Jo-Daro Local Support Organization, and shyly added sometimes she thinks it one of the custodians of Moen-Jo-Daro traditions. Suddenly, one our team members reminded me a schedule of the day. Therefore, we ended a lively conversation with Hakim Zadi. On the way back, I thought – there are lot opportunities to replicate Hakim Zadi’s idea. It could be all around Sindh – Gorakh Hill Station (Dadu), Makli (Thatta), Miani Forest (Hyderabad), Sukkur Barrage’s Library (Sukkur) Sadh Belo (Sukkur), and Bhambore (Thatta). Later on, these women-managed-food-serving outlets could form a Sindh based group, and exchange their guests and recipes. My thought was interrupted, when the driver slowed the vehicle before the office’s gate – but I was still in grip of conversation. So, in a monologue I whispered – ‘we are custodian of Sindh’s traditions, and we must move forward’. 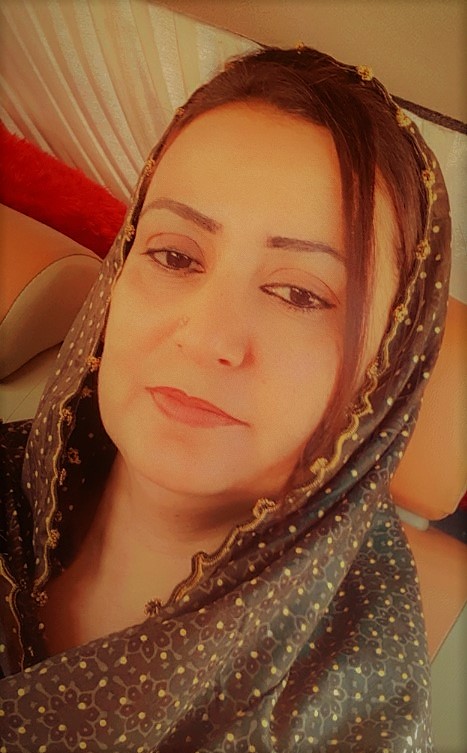 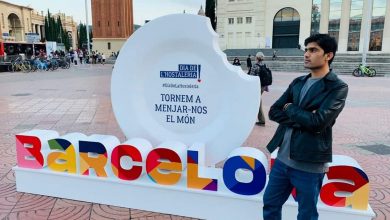 From Badin to Barcelona – An Inspiring Story of a Resilient Man 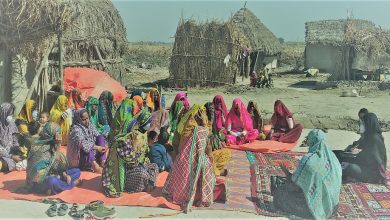