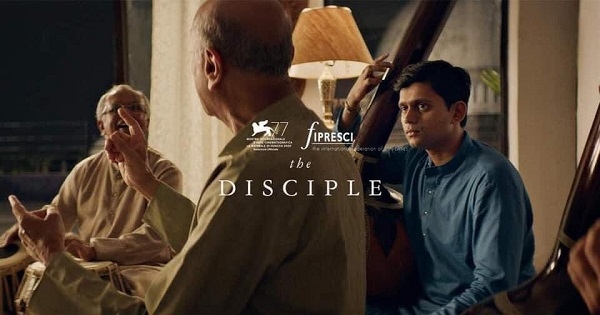 The Disciple is a Marathi-language drama that revolves around an aspiring Hindustani classical singer Sharad Nerulkar.

The film was screened at the 77th Venice International Film Festival in September 2020 and won International Critics Prize and the award for Best Screenplay.

Early in The Disciple, we hear a voiceover which states: “If you want to make money, sing film songs or love songs, don’t tread this path. If you want to tread this path, learn to be lonely and hungry.”  This immediately identifies the theme of the movie: the arduous journey to make a career in Hindustani classical music (shastriya sangeet).

The Disciple–directed by Chaitanya Tamhane, known for Court (India’s official submission for the 88th Academy Awards) — is a Marathi-language drama that revolves around an aspiring Hindustani classical singer, Sharad Nerulkar (played by Aditya Modak–himself a classical singer). The film originally screened at the 77th Venice International Film Festival in September 2020–the first Indian film since 2001’s Monsoon Wedding to compete at the festival–where it won the International Critics Prize and the award for Best Screenplay. It was subsequently picked up by Netflix and is available to view starting April 30th.

When the film begins, Sharad is twenty-four and aspiring to a career as a serious classical singer.  He faces pressure from his mother who wants him to get a job. However, he states “I can either pursue my music or get a job–not both!”  He does part time work for a company that remasters old recordings and transfers them to CDs. There is a short and poignant scene where he tries to convince customers to buy the recordings of relatively unknown artists, whom he states are just as good as the more renowned ones. This again emphasizes the struggle to become known in the field.

Sharad is extremely serious about his music. In an early scene, he complains about someone else’s performance “no matter what the raga, it’s the same gimmicks.”  He is equally self-critical, expressing his frustration that his singing falls into repetitive patterns. His guru advises him to have patience and to keep on practicing.  The narrative then jumps forward in time and we see Sharad teaching music to children.  He shows a recording of his own singing to his guru who expresses that “the music has no life in it”. We also see him scrolling YouTube and social media to check up on his peers and see his (relatable) frustration that some of them are more successful than him. For example, one of his guru’s other students is touring the US. 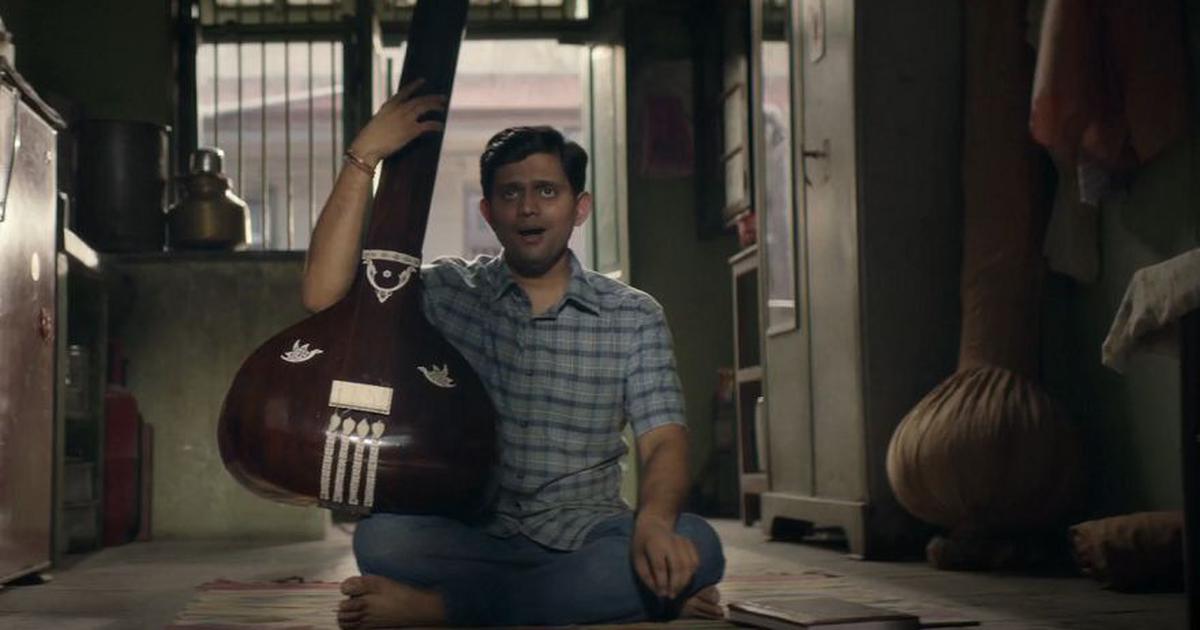 Tamhane doesn’t shy away from showing the sometimes elitist attitude that classical musicians have towards other types of music. When one of Sharad’s students is invited to sing in a fusion band at his college, Sharad gives him permission to do so but then says that if he wants to sing fusion, there is no need to continue learning classical music from him. Though this reflects Sharad’s own seriousness and devotion to shastriya sangeet, this “my way or the highway” attitude and derision towards “lesser” forms of music is often counterproductive.

Aditya Modak gives an understated and restrained performance as Sharad.  Additionally, he does all of his own singing (rare in Indian cinema, which normally relies on playback singers). Modak’s own background as a trained classical singer was clearly invaluable in understanding the devotion that Sharad feels towards the art.

As a student of Hindustani classical music, I found the scenes where the characters were either performing or practicing to be the highlights of the film. It was a treat to be able to identify ragas such as Jaunpuri and Bhimpalashree. I firmly hope that more movies and TV shows are made focusing on Hindustani music– 2020’s Bandish Bandits is one example as is Shayam Benegal’s Sardari Begum, released in 1996.  Those not too familiar with Hindustani music may still relate to Sharad’s obsession with being the best in a difficult and challenging field– a common trope in movies about athletes and artists.  Overall, The Disciple is a must-watch film for those interested in music or in intimate character dramas.

Kabir Altaf has a Master’s degree in Ethnomusicology from SOAS, University of London. 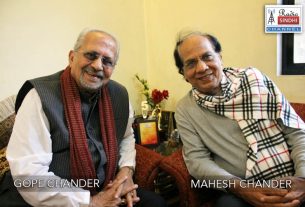 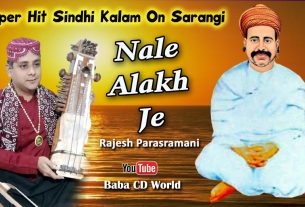 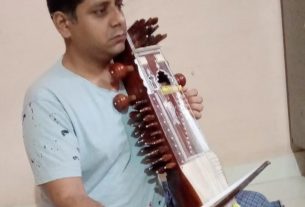