First phase of anti-encroachment drive is in final stage; two more phases have been planned for complete removal of illegal occupation of irrigation land

Hyderabad: The district administration and irrigation department officials have claimed having removed 70 to 80 percent encroachments from the canals in Hyderabad during ongoing first phase of the anti-encroachment drive launched in compliance of the orders of Sindh High Court.

The officials, however, sensing the lack of coordination viewed that close coordination is much needed among the district administration and the irrigation department to complete the drive for which two more phases are yet to be carried out, sources in administration said.

Nominating the Additional Deputy Commissioner Hyderabad-I as the focal person, the Commissioner said that nominating a focal person is aimed to supervise the anti-encroachment drive to achieve maximum results.

He underscored the close coordination among all the stakeholders particularly between the irrigation department and district administration Hyderabad.

Chief Engineer Irrigation Haji Khan Jamali briefing the meeting on progress of drive said that in first phase the encroachments are being removed from the irrigation canals including Wadhu Wah, Akram Wah, Phuleli Wah and other canals which will be completed and hundred percent target will be achieved within the stipulated time. He said that the second phase of anti-encroachment drive will be started very soon and then final and third phase will be undertaken in compliance of the directions of Sindh High Court. He also directed the engineers for close coordination and cooperation with district administration for completion of first phase and also for the remaining two phases for the removal of all kinds of encroachments.

Deputy Commissioner Hyderabad Fuad Ghaffar Soomro briefed in the meeting regarding removal of encroachments in all talukas of the Hyderabad district and requested the Chief Engineer Irrigation for the proper and clear map as the further anti-encroachment drive could be started accordingly.

DC Hyderabad directed all the Assistant Commissioners of various Talukas of the district to cooperate with irrigation staff to take integrated efforts for the removal of encroachment on irrigation land. 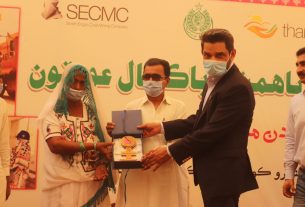 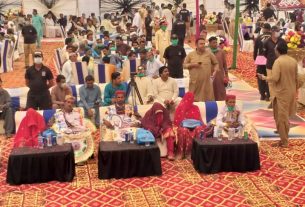 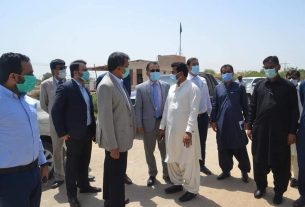